I was in short pants when Senator Joseph McCarthy was looking for communist sympathizers. Most of my opinions on the matter were formed after reading about it in history books. Then it dawned on me, the history books were written by the very communist sympathizers McCarthy was trying to expose; the left runs the public schools and places of higher learning. McCarthy was painted as some kind of lunatic out on a witch hunt; hence the term “McCarthyism” represents any lunatic fringe questioning of the way things are.

According to an article published on the Washington Post’s Political website, during the McCarthy hearings, “the Army’s lawyer Joseph Welch once asked of McCarthy, “Have you no sense of decency?”’ A proper response to that question would have been, “Sir, when it comes to defending the United States from enemies, foreign or domestic, I leave no stone unturned.”

As it turns out Joseph McCarthy was correct, at least in part, and our government had been infiltrated by communists, enough to make them a viable threat to our constitutional republic. Henry Lamb, rest in peace, wrote a series of articles entitled, Global Governance, where he explained what was going on during the Cold War.

“The dream of world dominance is not, nor has it ever been, the pursuit by an exclusive cadre of conspirators. The dream has been held by many different factions — often simultaneously — always in competition with one another. By 1950, at least three major forces — all competing for world dominance — were clearly identified. Each of the three major forces worked overtly and covertly to achieve their objectives.

The Soviet Union had clearly defined its Marx/Lenin/Stalin version of Communism. Its systematic program of expansionism — including an active organization in the United States — fully intended to bring all the world under its control. So confident were the Soviets of their eventual success that, on his 1959 tour of the U.S., Nikita Kruschchev pounded his shoe on a podium before the television cameras and declared to America: “We will bury you!”

America would have no part of a world under Communist rule. Senator Joseph McCarthy led a crusade against Communists in America. His campaign tarnished many non-communists but was successful in rooting out Alger Hiss, Julius and Ethel Rosenberg, and Morton Sobell, all convicted of espionage-related crimes.”

How far do we go when investigating folks in our government, those in positions of critical trust, individuals who are privy to sensitive information and hold sway over decision making policy? Do we require a valid birth certificate, proper background checks to validate claimed job histories or advanced education? Is it a legitimate roll of the vetting process to investigate an individual’s family, neighbors and close associates since these people might have a direct influence on the person considered for a security clearance? (I bet a few thought I was referring to Obama; if the shoe fits…)

Michele Bachmann recently pointed out a possible security breach, that Secretary of State Hillary Rodham Clinton’s aide Huma Abedin has ties with the Muslim Brotherhood. “Have you no sense of decency?,” wasn’t that the demeaning question the Army’s lawyer Joseph Welch’s directed at Joseph McCarthy?

“These attacks on Huma have no logic, no basis and no merit. And they need to stop now,” (Senator John) McCain said on the Senate floor” as he attacked Bachmann for having brought up such a clearly unsubstantiated personal attack on a trusted member of our community.

It would be inexcusable to question the loyalty of a good Muslim member of society; that is unless you understand that it’s perfectly okay to deceive your enemies in order to advance Islam. Don Boys, Ph.D, wrote an article several years ago, Islam Permits Lying to Deceive Unbelievers and Bring World Domination! Certainly those in the Senate would have at least heard of the principle of infiltrating positions of trust in order to defeat your enemy.

“It is impossible to understand Islam and Muslims by listening to their protestations against terror and their proclamations of patriotism for America. Usually, it is wise and fair to give people the benefit of the doubt but when it comes to national safety and the future of America, we had better look twice, even thrice at Muslim patriotism. Why? Because Islam permits lying! It is called “Al-taqiyya.” One Muslim said that Al-taqiyya means dissimulation then he expanded it to diplomacy but he should have gone further to deception. Now some Muslims who do not follow the Koran are as faithful Americans as any of us, but the problem is, we cannot know.

It seems our President and his advisors are clueless as to the desires, doctrines, and distinctives of Islam. While I feel a little audacious in giving advice to national leaders, it is necessary since no one else is doing it. Muslims lie not because they are liars by nature but by choice. Systematic lying as a religious policy is deadly, and if our politicians do not understand this, thousands could die.

Muslims lie when it is in their interest to do so and “Allah” will not hold them accountable for lying when it is beneficial to the cause of Islam. They can lie without any guilt or fear of accountability or retribution. A lie in the defense of Islam is approved even applauded in their “holy” books.”

Getting back to the criticism directed at Michele Bachmann in the Washington Post article, a few issues were brought up; but the one I found most interesting had to do with radical Islam.

“Since Obama was elected in 2008, she has sounded an alarm about the nonexistent threat of sharia law in the United States and supported the birther movement.”

Isn’t that rich, some folks are concerned about a “nonexistent threat of sharia law in the United States?” Pay no attention to the man wearing the rag on his head behind the curtain, “I am Oz, the great and powerful.”

“Police in the heavily Arab Detroit suburb of Dearborn say they arrested four Christian missionaries for disorderly conduct at an Arab cultural festival. Police Chief Ron Haddad says his department made the arrests Friday. The four are free on bond.”

“The “disorderly conduct” consisted of handing out copies of the Gospel of John outside the festival.”

We should be grateful folks like Michele Bachmann are not afraid to ask difficult questions or to find out who has infiltrated positions of trust and put our nation in harms way. If you happen to get lumped in with Joseph McCarthy; well that’s not such a bad thing if you consider the fact that old Joe was right. 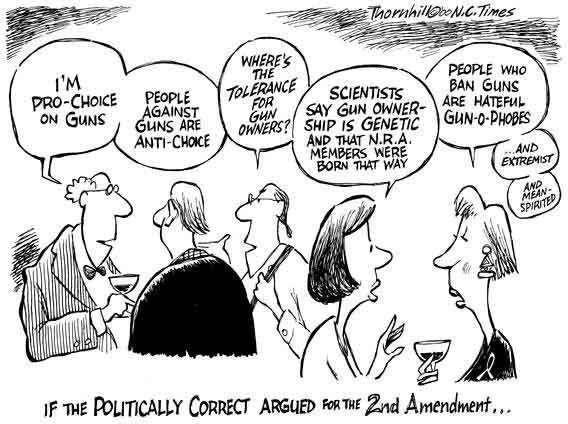 This week, Right Reason, Ask Marion, Right Truth and The Pirate’s Cove took advantage of my generous offer of link whorage and earned honorable mention status with some excellent pieces.

Simply head over to Joshuapundit and post the title and a link to the piece you want considered along with an e-mail address (which won’t be published) in the comments section no later than Monday 6 PM PST in order to be considered for our honorable mention category. Then just return the favor by creating a post on your site linking to the Watcher’s Council contest for the week when it comes out Wednesday morning.