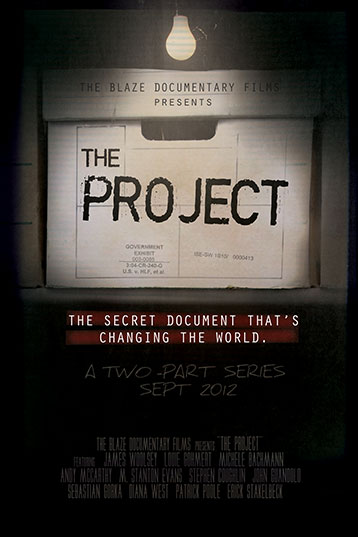 How far down the rabbit hole have we gone?

Under the Obama regime, we have seen a media blackout when it comes to the truth about radical Islam and their stated mission to destroy Western Civilization.

In the 20th Century our enemy was Communism, which we defeated. Back then, we knew what Communism was and we called it by its real name.

In the 21st Century, America’s enemy is radical Islam and with Obama as President, we are not permitted to call it by its real name. We have seen the name of America’s enemy stricken from all training manuals and government documents. We’ve watched while the lamestream government-controlled media has replaced truth with propaganda that squashes debate and ridicules those who dare to speak the truth.

An enemy that cannot be named, cannot be conquered. Worse yet, the lamestream media persists in elevating the enemy; they are aiding and abetting America’s enemy to ensure its rise and America’s fall.

Flashback – take a look at news reports prior to Obama’s Presidency and compare it to what you hear today.

Here is a taste of the propaganda we are fed through US media since Obama’s reign. Listen closely at 1:10 min. and 2:30 min. in this interview. This unbelievable blather is echoed throughout the media coverage we’ve seen since Obama was elected, regardless of the issue or controversy being discussed. Also notice the questions and tone of the MSNBC anchor.

It is stunning to see how far we have fallen!

A note about the particular controversy in the above video: Throughout history, radical Islam builds Mosques at the sites they have conquered, which is exactly why they wanted the Ground Zero Mosque. More than 70% of New Yorkers opposed the Ground Zero Mosque. Why? Because we, the people, are obviously better-educated than this news anchor/propagandist. We’ve done our homework.

Here are a few clips of Obama:

Obama at UN: “The future does not belong to those who slander the prophet of Islam”

The law of the land in radical Islamic countries is Sharia Law, which is contrary to and incompatible with American law. For example, Islamic Sharia Law includes stoning women to death, treating women as slaves, executing gays, killing family members for ‘dishonoring’ the family, prohibiting free speech, etc. Islamic Sharia IS how these Islamic countries practice their “religion” because Islamic Sharia is all-encompassing. It applies to all aspects of life – culturally, politically, religiously, militarily, socially and personally – even down to specific dictates regarding hygienic procedures.

Recall that the Muslim Brotherhood President of Egypt, Morsi, has promised to institute Islamic Sharia Law in Egypt. Some Arab Spring, eh? “Democracy” does not exist under Islamic Sharia; it is a totalitarian governmental structure with tyrannical rule over the people.

Islamic Sharia is subversive to our American form of government and our way of life; therefore, it does not fall under the protections granted by our 1st Amendment.

This video shows how far Britain has fallen…

Think it can’t happen here? It’s already happening. The lamestream media is clearly withholding the truth from Americans and they are attempting to change our way of thinking to the point that we no longer recognize clear and present danger to our way of life. But remember, as shown in the flashback videos in this article, the media did tell Americans about radical Islam before Obama became President.

There is no question that radical Islam has advanced their mission here in America, so it is important for us to educate ourselves and our youth on what is really going on. Stay informed about the infiltration and indoctrination that has accelerated since Obama became President.

Luckily, there is a news media outlet dedicated to bringing us the truth in all areas that are important to Americans. It’s “The Blaze.” On the subject of radical Islam, be sure to see The Blaze’s newest documentary called “The Project.” You can see Part 1 HERE at NoisyRoom.