Kudos to the CSP for honoring Diana, and to Diana herself, for the hard work she’s done in her ground breaking columns and books, the latest being American Betrayal. 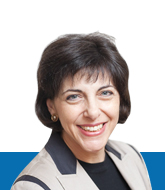 WASHINGTON, D.C., SEPTEMBER 12, 2013: The Center for Security Policy announced today that the 2013 recipient of its Mightier Pen Award will be Diana West, a nationally syndicated columnist and author of The Death of the Grown-up: How America’s Arrested Development Is Bringing Down Western Civilization, co-author of Shariah: The Threat to America, and most recently author of American Betrayal: The Secret Assault on Our Nation’s Character. The award will be presented at a luncheon on November 20th at the Union League Club in New York City.

Diana West’s weekly newspaper column is syndicated by Universal Uclick, and appears in over 100 publications nationwide, as well as at her website www.dianawest.net. West also serves as Washington correspondent for the European weekly newspaper Dispatch International. Her work has appeared in many publications including The Wall Street Journal, The Washington Times, The New Criterion, The Public Interest, Women’s Quarterly, The Weekly Standard, and The Washington Post Magazine; her fiction has appeared in Atlantic Monthly. She has made numerous radio appearances and as a former CNN contributor, she made frequent television appearances on the former CNN show, “Lou Dobbs Tonight.” She was recently featured in the Glenn Beck TV documentaries “The Project” and “Rumors of War III.”

Ms. West joins an illustrious group of authors, journalists and essayists who have received this recognition for their commitment to a robust national security and their efforts to educate our countrymen and women about the need to practice the philosophy President Reagan called “peace through strength.” Previous recipients include: Mark Helprin, Charles Krauthammer, Roger Ailes, William F. Buckley, Jr., A.M. Rosenthal, Andrew C. McCarthy, Norman Podhoretz, Claudia Rosett, and Monica Crowley.

In announcing this recognition, Frank J. Gaffney, Jr., President and CEO of the Center for Security Policy, observed:

“Diana West is among America’s most thoughtful and intellectually invigorating writers of our time. Her efforts to illuminate the contemporary threats to our society and culture – and to map out their historical antecedents and the appropriate responses to them – in order to preserve our freedoms, Constitution and nation are exemplary. We take great pride in bestowing this recognition on a cherished friend and admired colleague.”