They must be having conniptions over at the NAACP and at the DNC. Who would have ever thought that a Black woman would run for Congress as a Republican. Not just any Black woman but a conservative Black woman. Not just one conservative Black woman but two! And one was a former Miss America who has a Harvard Law School education. And the other is the elected mayor of Saratoga Springs, Utah. Holy smoke, what is happening to politics in this country today – the stereotypes (created by the liberal Democratic Party and the liberal news media) of the White, Racist, Republican are about to disappear forever unless the liberal mainstream news media starts working overtime. God Bless America, if this doesn’t begin to turn some heads, nothing will. 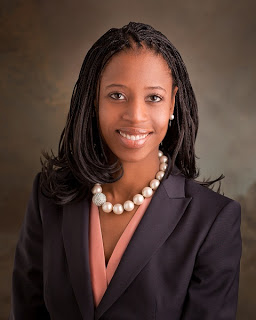 Ludmya “Mia” Bourdeau Love (born December 6, 1975) is an American politician. She is currently the mayor of Saratoga Springs, Utah, and was the 2012 Republican Party nominee for the United States House of Representatives in Utah’s 4th congressional district. She ran on a fiscally conservative platform of limited government, and placed a heavy emphasis on personal responsibility during her campaign. She lost to six-term incumbent Jim Matheson by 768 votes out of 245,277 votes cast. She was also a speaker at the 2012 Republican National Convention.

Biography of Mia Love from her web site.

Mia graduated from the University of Hartford with a degree in fine arts. She found faith. Then she found Jason. And then she found herself in Utah ready to give back. Mia served two terms on the city council of Saratoga Springs, one of Utah’s fastest growing cities. As City Councilwoman and eventually Mayor, Mia led the city through a period of 1700% population growth in a decade. Under her leadership, the city was able to successfully navigate the drastic transition from agricultural fields to a booming residential community. When the citizen growth necessitated fire and police services, Mia fought to make sure the city’s first ever residential tax implementation would only pay for those essential services, and she structured it in such a way that the tax decreased as a percentage of property value.

Mayor Love is best known for her conservative positions on limited government, increased citizen liberties and limited restraints on business. She believes the best thing she can do as mayor is stay out of the way of business and out of the lives of citizens. She advocates a return to the personal responsibility and reduced government dependency engendered by her father. 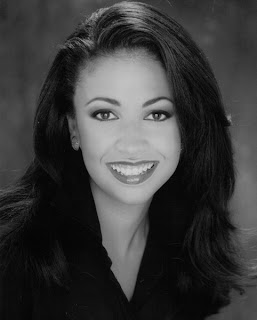 Erika N. L. Harold (born February 20, 1980) is an attorney, a former Miss America, and a Republican candidate for the 13th Congressional District seat in the State of Illinois.

In 2007, she graduated Harvard University’s Law School, where she won best brief in the Harvard Ames Moot Court semi-final and final rounds of competition. She has worked in Chicago, Illinois, as an associate attorney at Sidley Austin LLP and at Burke, Warren, MacKay & Serritella. She currently works for Meyer Capel law firm in Champaign, Illinois.

Harold is politically conservative, and was the Youth Director for the Republican primary campaign of Illinois gubernatorial candidate Patrick O’Malley. She later served as a delegate to the 2004 Republican National Convention. She gave a speech to the convention on August 31, 2004 to support George W. Bush’s faith-based initiatives. She worked on the Bush campaign to reach out to minority voters.

Biography of Erika Harold from her web site.

Erika was born and raised in Champaign-Urbana, Illinois and graduated from Urbana High School. Having grown up surrounded by the Orange and Blue, Erika decided to attend college at the University of Illinois at Urbana-Champaign, where she majored in Political Science. She graduated from the U of I in 2001 as a Phi Beta Kappa inductee and a Chancellor’s Scholar.

I am running to represent Illinois’ 13th Congressional District. During the course of this campaign, I look forward to hearing your concerns regarding the challenges facing our country, sharing with you my ideas for strengthening our economy and protecting our fundamental liberties, and, hopefully, earning your support.

One thought on “Two conservative Republican women running for Congress – and both are Black.”