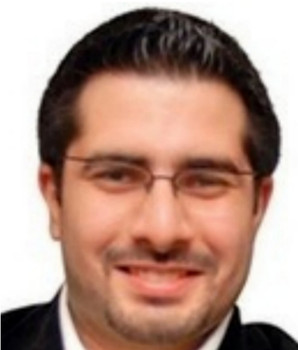 President Obama has ushered in a world that defines the statement “truth is stranger than fiction.” Defying his oath to “support and defend the U.S. Constitution…” Obama has in a few short years turned the world upside down. He has sided with our enemies against our friends in the Middle East, and has worked assiduously to “negotiate” a deal allowing Iran to obtain the bomb. He supported the successful effort to depose Hosni Mubarak, one of our most loyal Arab allies, and more importantly, promoted his replacement with the Muslim Brotherhood, the organization responsible for the assassination of Egyptian President Anwar Sadat, the rise of al Qaeda and practically every other Islamic terrorist organization in the world. In Libya Obama forced America to side with al Qaeda linked groups to overthrow Qaddafi – an action which eventuated in the murder of an ambassador, two US Navy SEALS and one other American. Now one of those Islamist “friends” has become ISIS’s representative in Libya.

You simply can’t make this stuff up. It is difficult to conceive of an American president being so consistently incompetent, unless it is something else. While Obama doubtless coasted through Columbia and Harvard on the strength of his many communist connections, as opposed to any real intellectual rigor, he is not stupid. The only thing more treacherous in my mind is the level of complicity he receives from the American press, which assiduously refuses to explore these mind-blowing developments.

So it is not surprising that our Arab friends have begun to look on Obama as a danger more than a friend. Despite all their oil money, the Arab world has always been a dangerous place for the Arabs – from some of their own. Obama’s outreach “to the Muslim world” appears to be reserved specifically and exclusively for that part of the Muslim world dedicated to Islamic terrorism – the same component looking to overthrow the various Arab kingdoms, especially the terror supporting Iran, now a nascent nuclear power thanks to Obama.

Bibi Netanyahu’s speech to the U.S. Congress was historic. It was an object lesson to Obama about how to actually lead. Obama may not have paid attention, since “leading” in the generally accepted meaning of the word is not his intention, but the Arabs did. And they approved! Truth is stranger than fiction, but when your friend becomes the friend of your enemy and turns his back on the free world, then everyone has something to worry about. Here are some pithy quotes about Netanyahu’s speech from the “Muslim world” that Obama claims to appeal to. From Faisal J. Abbas, Editor-in-Chief, Al Arabiya English:

President Obama, listen to Netanyahu on Iran. In just a few words, Mr. Netanyahu managed to accurately summarize a clear and present danger, not just to Israel (which obviously is his concern), but to other U.S. allies in the region.

The Israeli PM managed to hit the nail right on the head when he said that Middle Eastern countries are collapsing and that “terror organizations, mostly backed by Iran, are filling in the vacuum” during a recent ceremony held in Tel Aviv…

What is absurd, however, is that despite this being perhaps the only thing that brings together Arabs and Israelis (as it threatens them all), the only stakeholder that seems not to realize the danger of the situation is President Obama, who is now infamous for being the latest pen-pal of the Supreme Leader of the World’s biggest terrorist regime: Ayottallah Ali Khamenei. (Although, the latter never seems to write back!)

Since Obama is the godfather of the prefabricated revolutions in the Arab world, and since he is the ally of political Islam, (which is) the caring mother of (all) the terrorist organizations, and since he is working to sign an agreement with Iran that will come at the expense of the U.S.’s longtime allies in the Gulf, I am very glad of Netanyahu’s firm stance and (his decision) to speak against the nuclear agreement at the American Congress despite the Obama administration’s anger and fury.

I believe that Netanyahu’s conduct will serve our interests, the people of the Gulf, much more than the foolish behavior of one of the worst American presidents…

“One of the worst American presidents.” I couldn’t have said it better myself, although it might be better to describe him as one of the most effective traitors in American history, because in that one sense, he truly is a masterful success. If Obama’s treasonous betrayal of our nation, our friends and allies is not plainly apparent to you, you are just not paying attention.

4 thoughts on “Arabs stand with Israel against Obama”