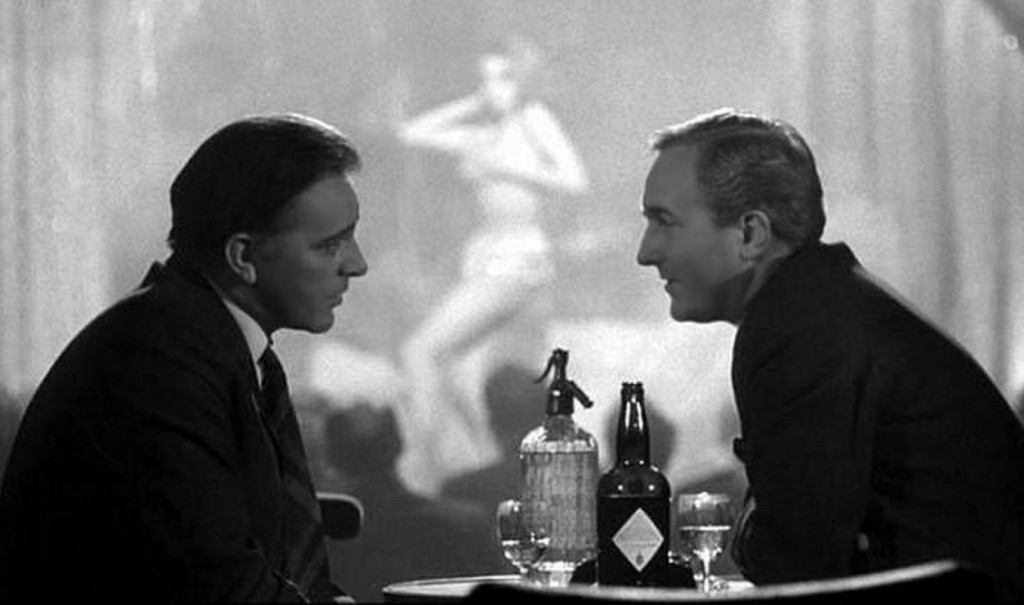 Bill Gertz at the Washington Free Beacon has written a fascinating piece on the CIA being fooled by scores of double agents who pledged their loyalty to the agency, but instead reported back to the communists during the Cold War right on up into the present day. As I have said for years… the Cold War never ended, it shifted. Now Benjamin B. Fischer, the CIA’s former chief historian, analyst and operations officer, is verifying what I have long said. That is cold comfort, I assure you.

The duping of the CIA included at least 100 fake recruits in East Germany, Cuba and Russia. For decades, these double agents supplied false intelligence to senior U.S. policymakers that ranged all the way to the presidency. And it’s still happening. Fischer writes, “During the Cold War, the Central Intelligence Agency bucked the law of averages by recruiting double agents on an industrial scale; it was hoodwinked not a few but many times.” Is anyone surprised by this? Trevor Loudon and I have both said for years that the agencies and our governmental leaders couldn’t pass a background check to clean a toilet. It was true then and it is true today. These double agents weren’t thoroughly vetted. They were hurriedly turned and because of sloppiness, we invited the enemy into the midst of our intelligence agencies. It’s mind boggling. In an article last week, Fischer stated, “The result was a massive but largely ignored intelligence failure.” How’s that for national security? Feeling warm and fuzzy yet?

Fischer wrote in the International Journal of Intelligence that this wreaked havoc within the agency. I’ll bet. What’s worse is that the CIA dismissed the infiltration by communists and the disinformation as insignificant. No one, including congressional oversight committees, pushed for reform in the agency when this was uncovered either. Their vetting processes still suck and they aren’t listening to the likes of Fischer. The man was a career CIA officer. He joined in 1973 and worked in the Soviet affairs division during the Cold War. He sued the CIA in 1996, charging he was mistreated for criticizing the agency for mishandling the 1994 case of CIA officer Aldrich Ames, a counterintelligence official, who was unmasked as a long time KGB plant. It was a case of blaming the messenger instead of the spy. This was during the Clinton Administration, so it does not come as a surprise.

Critics have charged the agency with harboring an aversion to counterintelligence — the practice of countering foreign spies and the vetting of the legitimacy of both agents and career officers. Beginning in the 1970s, many in the CIA criticized counter-spying, which often involved questioning the loyalties of intelligence personnel, as “sickthink.”

The agency’s ability to discern false agents turned deadly in 2009 when a Jordanian recruit pretending to work for [the] CIA killed a group of seven CIA officers and contractors in a suicide bombing at a camp in Afghanistan.

Double agents are foreign nationals recruited by a spy service that are secretly loyal to another spy agency. They are used to feed[ing] false disinformation for intelligence and policy purposes and to extract secrets while pretending to be loyal agents.

Double agents are different than foreign penetration agents, or moles, who spy from within agencies while posing as career intelligence officers.

Lord only knows how many moles we have within our agencies.

Predictably, the first major double agent failure was in Cuba. The Cubans are notorious for using a variety of traps for agents from honey traps to straight up blackmail. Cuban intelligence officer Florentino Aspillaga revealed a massive failure when he defected to the CIA in 1987. No less than four dozen recruits over 40 years had been secretly working for communist Cuba while on the dole of the CIA. They easily supplied disinformation to the CIA, endangering agents and scuttled operations left and right. This is the same government – Castro’s government – that Obama just reinstated relations with. Now, instead of being made fools by the communists, we just crawl into bed with them. It’s the other definition of coming in from the cold. Then came the revelation on Cuban state television which confirmed the existence of 27 fake CIA agents. You would think that would have set off alarms in the agency and caused them to adjust their vetting procedures. But you’d be wrong. Instead, the intelligence failure was covered up by congressional intelligence committees. You see, the enemies within go way back. We willingly let the enemy in our doors and let them set up shop in our intelligence agencies and abroad. Is it any wonder we now have a Marxist in power who colludes with communist dictators and tyrants, as well as Islamists?

In East Germany, all the recruited CIA agents working there were found to be double agents working secretly for the Ministry of State Security spy service, also known as the Stasi. All. Of. Them. Noodle that for a moment. According to Stasi officers, they failed at placing agents in the CIA. But there wasn’t a single CIA op on their turf that they weren’t able to detect using double agents and counterespionage operations. Fischer said the controlled East German assets “rendered U.S. intelligence deaf, dumb and blind.”

Markus Wolf was an East German spymaster. He wrote in the late 1980’s: “We were in the enviable position of knowing that not a single CIA agent had worked in East Germany without having been turned into a double agent or working for us from the start.” Wolf brashly claimed that, “On our orders they were all delivering carefully selected information and disinformation to the Americans.” He tagged a CIA officer working in West Germany and then dispatched double agents for him to recruit. Nifty.

Evidently this double agent snafu spanned move than 20 years and I contend, it is still occurring. Fischer said that former intelligence officials such as Bobby Ray Inman, who was a CIA director, confirmed the intelligence failure as did former CIA Director Robert Gates. He came right out and said that the CIA was “duped by double agents in Cuba and East Germany.” Wolf had complete control from 1961 to 1989 on the intelligence that the CIA garnered from the communists there. He played us.

And then there was the Russian double agent screw-up. The last one took place after the Soviet Union collapse in 1991. This came to light after the 1994 arrest of CIA counterintelligence officer Aldrich Ames, who spied for the Ruskies from the 1980’s until he was caught. He actively assisted the KGB and made fools of the CIA by exposing all Soviet and Eastern European intelligence operations. The Russians passed a mixture of false and accurate data through a series of double agents. Ames’ operation began in 1986 and went on until 1993.

While that was going on, the KGB sent a false defector to the CIA named Aleksandr Zhomov. He easily hoodwinked the CIA into thinking he could give them information on how the KGB had unmasked and arrested almost all CIA recruited agents during the mid-1980’s. We paid this plant an estimated $1 million. The whole front played out by Zhomov was to protect Ames from being discovered.

In 1995, the CIA admitted that for eight years since 1986, it produced highly classified intelligence reports derived from “bogus” and “tainted” sources, including 35 reports that were based on data from double agents, and 60 reports compiled using sources that were suspected of being controlled by Moscow.

The three former directors claimed they should not be blamed for the compromises because they were unaware of them.

Fischer said the CIA defended its recruitment of bogus agents by asserting that even while controlled the doubles provided some good intelligence.

Are you beginning to see why I say you cannot trust the Russians or the Cubans? And you can’t trust those who form alliances with them such as Barack Obama. The CIA has been broken for some time. There are good people there even now. But the bureaucratic policies in place are strangling them and keeping them from doing competent work. To survive as a nation, we must have spies and we must have verifiable and trustworthy intelligence. Otherwise, we become sitting ducks for our enemies. You’d think we would have learned that by now, but some of these people are so stupid, they have reached rock-bottom and have started to dig.

One of the problems for the CIA concerning their Soviet operations was that they could not recruit agents to work for the agency. They had to take walk-ins and volunteers. They compounded this by not vetting them thoroughly. It was a prime opportunity for moles and double agents to infiltrate and they did. It’s bad enough this was taking place during the “Cold War,” but it is still going on. That’s unforgivable.

It gets worse… the CIA knew these agents were fraudulent and they allowed the division in charge of Soviet affairs to cover up the loss of all its bona fide agents. No one was held accountable either. No real inquiry was conducted.

“Mitigating the dismay at the total corruption — moral, intellectual, and political — of the agency is my surprise that a man in Fischer’s position saw the reality so very clearly and so reports it,” said Angelo Codevilla, senior fellow at the Claremont Institute and professor emeritus of International Relations at Boston University.

Kenneth E. deGraffenreid, a former senior White House intelligence official during the Reagan administration, said Fischer and other former intelligence officials have revealed that large-scale communist intelligence service operations to undermine the CIA show “the story of Soviet-era espionage operations that we’ve understood to this point is probably deeply flawed.” Ya think? Many of us have been screaming this for years. They should read Trevor Loudon, Diana West, Cliff Kincaid and James Simpson’s works.

“What we thought was true from the Cold War spy wars was largely wrong, and that says that the counterintelligence model we had was wrong,” said deGraffenreid. “And therefore because we’ve not corrected that problem we’re in bad shape to deal with the current challenges posed by terrorists and spies from Iran, Russia, China and others.”

Bill Gertz should be applauded for bringing this travesty to light and exposing it. He’s done incredible work here.

Take it from the CIA themselves: “Intelligence officers have a saying that the only thing worse than knowing there is a mole in your organization is finding the mole.” The same goes for leadership. How can we defend our country if we can’t even police our own intelligence agencies? And it goes far beyond them as well. All our government agencies and the federal government itself are infiltrated with communists and Islamists… from NASA, to our universities, to our military, to the seats of power in Congress… the U.S. is facing an existential problematic threat from within. The CIA is not the only one that has been duped here. The whole nation has been by Barack Obama and his comrades.