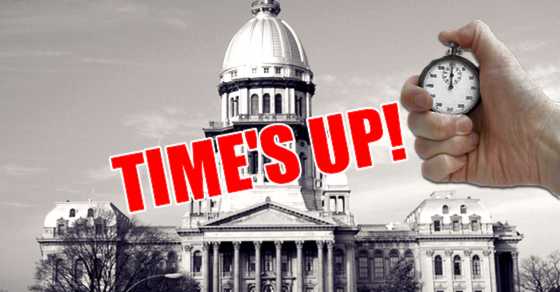 What’s the real problem with our federal government?  That people in Congress serve too many terms?  And if we get an Amendment to limit their terms, will our Land be healed?

Of course not!  The real problem is that the politicians we elect ignore our Constitution – yet we keep reelecting them.

As a result, the federal government exercises thousands of powers not delegated; but everyone goes along with it.  The States get federal funds for going along with unconstitutional federal programs; the People get all sorts of benefits, subsidies, and free stuff; and many live altogether at other peoples’ expense.  And all this free money is added to the national debt.1

Members of Congress also profit from ignoring our Constitution:  By exercising the thousands of powers not delegated, they obtain endless opportunities to become rich, powerful, and important.

So, unless we turn over a new leaf, learn our Constitution and obey it, renounce unconstitutional federal programs and benefits, and demand that people in Congress also obey it; limiting their terms by an Amendment merely increases the turnover of politicians in Congress who ignore our Constitution – and to whom we must pay luxurious lifetime pensions.

What would happen if we turned over a new leaf?

For starters, if we required Congress to stay within the enumerated powers, two things would happen:

And if we also stopped pouring out the blood of our young people and our treasury for our constant military meddling all over the world, there would be very little for Congress to do. 2

After the cleanup period [see footnote 2], the job of US Senator or Representative would become so boring – and so financially unrewarding – it would be seen as a civic duty to be stoically endured for a short time – instead of a cushy ticket to personal wealth, power, prestige, and a luxurious taxpayer funded retirement for life.

So a term limits amendment is a feel good palliative 3 which distracts us from dealing with the real problem:  People in Congress disregard the Constitution – but we keep re-electing them.

We could turn over a new leaf and fix our Country.  Do we have the wit and the will?  Who among you is willing to challenge the status quo and urge that we change direction?  If ever a nation needed to turn from its wicked ways, it is us.

You have a moral choice before you:  Consider this advice from a friend; or jump on the bandwagon pulled by the globalists and clamor for an Article V convention.

1 The PEW Report shows what percentage of each State’s revenue for FY 2014 was from federal funds [click on “select a state” to see your State].  Yet the “balanced budget” amendment lobby blames the federal government for out of control spending!

3 Unlike a “balanced budget” amendment, a term limits amendment is not one of the worst ideas since sin.  But it doesn’t address the problem.  We need to focus on the real problem, not on palliatives.