INTRODUCTION: DACA (and amnesty generally) is again at the top of the news. The outcome of this political battle is is a matter of existential importance for our nation – for if any appeasement toward the immigration aggressors is allowed, those concessions will prove not just irreversible, but consummate a secured beachhead for the invaders; the harbinger of a larger invasion to follow. The stakes are that enormous – thus, it may be not coincidental, but a providential sign that the movie “Darkest Hour” is currently in theaters – for though different in detail and manifestation, the outcome for our nation of decisions currently being made by President Trump are as potentially consequential as those confronting Prime Minister Winston Churchill as he faced the National Socialists (the “Nazis”) as they were poised to invade Great Britain.

This because, amongst other dangers, we confront our own invasion, occupation and then conquer by those who will not assimilate to our way of life and history, whose masters will demand that we succumb to their preferred version of Collectivism: Progressivism rather than National Socialism.  An invasion not by military force, but attributable to the fact that the Progressives, by means of  their political arm the Democrat Party, have weaponized demographics to create an army of illegal aliens, intending to legalize them and with that achieve the electoral conquest of this nation – as has been exposed by Trevor Loudon. An expeditionary force of illegal aliens is already on our territory; legalizing their status will be how they conquer. We need President Trump to be our Winston Churchill; to “hold the line” against those who pursue appeasement and surrender for, as Churchill declared: “Victory at all costs, victory in spite of all terror, victory however long and hard the road may be; for without victory, there is no survival.”

During the political debate let us not lose sight of the fact that each and every illegal alien is a trespasser – including the so-called “dreamers” – we owe them nothing!

END_OF_DOCUMENT_TOKEN_TO_BE_REPLACED 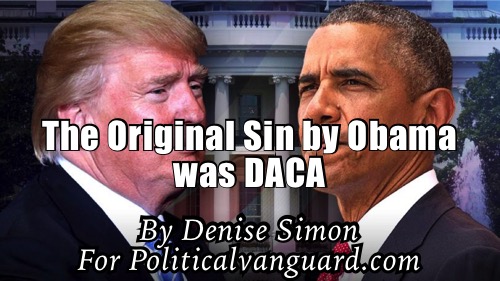 Obama said he was not a king when it came to the failed immigration reform legislation coming out of the Senate.  He signed the Executive Order anyway.

The U.S. Citizenship and Immigration Services is now accepting requests for consideration of deferred action for childhood arrivals. Deferred action is a discretionary determination to defer removal action of an individual as an act of prosecutorial discretion. Under this process, USCIS will consider requests on a case-by-case basis.

While this process does not provide lawful status or a pathway to permanent residence or citizenship, individuals whose cases are deferred will not be removed from the United States for a two-year period, subject to renewal, and may also receive employment authorization.

To be considered for this process, you must show that:

The operate phrase above is: to be considered.  That does not translate to all would be accepted, yet the legal standoff on the matter has not been legally challenged. Why it has not is the big question.

The new crossroad facing the Trump administration is what to do with the 800,000 DACA status people and risk shutting down the government as well as funding the requested $18 billion to build the wall.

The Trump administration has many cards to play in this debate and it should begin with the DACA Executive Order being challenged in court, perhaps all the way to the Supreme Court, such that DACA for the time being is removed from the whole debate.

The average immigrant has sponsored 3.45 additional immigrants, but for DACA beneficiaries, that number is likely to be much higher. That is because, according to an analysis by the Department of Homeland Security, 76 percent of the DACA beneficiaries were from Mexico. Mexican immigrants sponsor an average of 6.38 additional legal immigrants—the highest rate of any nationality for chain migration.

Providing a form of amnesty would simply attract even more illegal immigration and would not solve the myriad of enforcement problems we have along our borders and in the interior of the country. Congress should concentrate on giving the federal government (with the assistance and help of state and local governments) the resources to enforce existing immigration laws to reduce the illegal alien population in the U.S. and stem entry into the country.

Until those goals are accomplished, it is premature to even consider any DACA-type bill.

So, who is advising President Trump and why are the Democrats not being challenged when it comes to legalities of it all?

A Stanford Law professor that supports DACA and DAPA supports the argument presented here. In part:

President Obama’s lawyers defended his actions as an exercise of prosecutorial discretion. Why was that not correct, or was it?

The DACA and DAPA orders went well beyond the exercise of prosecutorial discretion. They purported to give their beneficiaries a form of lawful presence, entitling them to work permits and a variety of government benefits. Prosecutorial discretion means the executive will not take legal action against a law breaker in a particular case; it does not make the conduct lawful. So the answer: No.

President Trump should completely eliminate DACA from the whole process and add in a few other items that will spin the heads of the Schumers and Pelosis. They include defunding Planned Parenthood, The Consumer Financial Protection Board, The National Labor Relations Board and the Export Import Bank for starters. They too are unconstitutional and without oversight.

If Obama had the power of the pen and the phone, so does Donald Trump. The movement for “single payer” or government run healthcare has nothing to do with your health. It’s all about stealth revolution, socialism and control.

“Medicare for ALL” is a euphemism for “Single Payer.”

Listen to “single payer” campaigner and according to DSA, “healthcare policy expert” Timothy Faust lay it on the line.

Democratic Socialists of America gave you the “Obamacare” disaster and now they’re pushing for complete government control of your healthcare.

Check out this unused clip from my movie The Enemies Within, exposing how DSA Marxists worked with Barack Obama to deliberately screw up America’s healthcare system to the point where “single payer” would become the only option left.

Tell DSA how you feel about “creeping socialism.”

2018 is the year of creeping socialism.@crulge on our fight for single payer: pic.twitter.com/qqdiLudvme

It is the tool by which we force ourselves & the state to reckon with the racist, sexist, and classist provision of healthcare in the country, and begin to strive toward relief — an articulation of health justice. 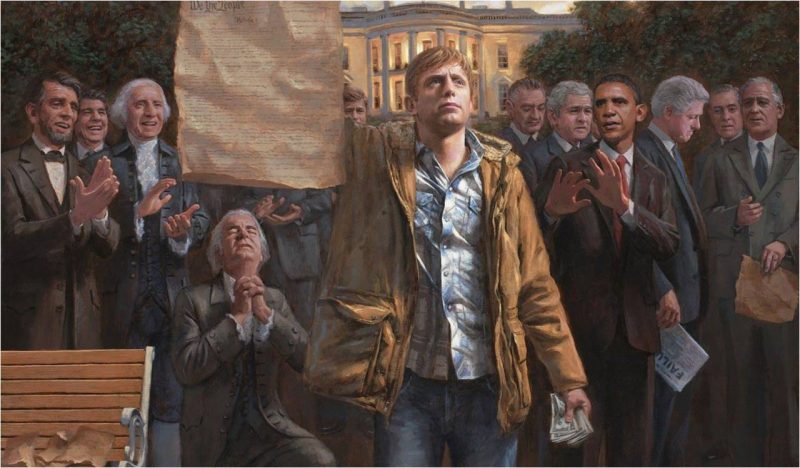 The beautiful thing about the forgotten man…he never forgets.