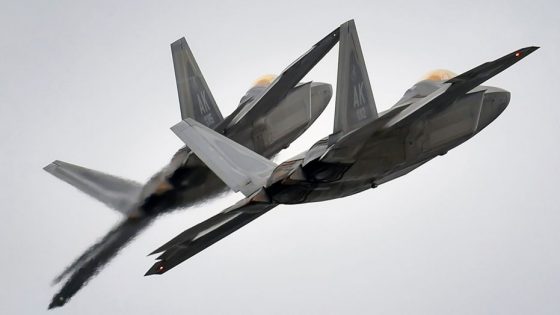 “At approximately 10 a.m. eastern time, two Alaskan-based NORAD F-22 fighters intercepted and visually identified two Russian TU-95 ‘Bear’ long-range bomber aircraft flying in the Air Defense Identification Zone off the western coast of Alaska, north of the Aleutian Islands,” Miller told the Washington Free Beacon. He also stated that the Russian nuclear bombers did not enter sovereign US or Canadian airspace. That’s funny, because multiple sources say they came within 55 miles of the Alaskan coast. One thing is certain, the Russian bear is poking us, prodding our defenses. Miller stated that there was no unusual activity related to the encounter and there were no communications between the F-22s and bombers. Except the encounter itself was unusual, unless of course this is Cold War part deux.

The bombers were flying in international airspace and “flying according to international norms,” Miller said. “NORAD continues to monitor all air activity emanating from within and outside North American airspace,” he said. I’m not exactly comforted by that. Sorry. No further details were provided concerning the Russian interlopers. This is obviously part of a pattern of Russian nuclear coercion aimed at the United States. 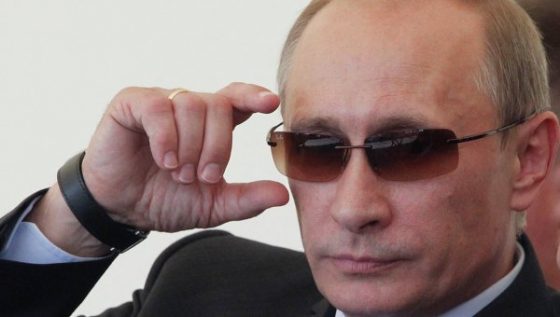 “Putin’s Russia is in the nuclear intimidation business and is willing to burn a lot of unnecessary bomber fuel, not to mention the cost of refueling and additional maintenance hours resulting from the long flights just to make that point,” said Mark Schneider, a former Pentagon strategic weapons expert. “Threatening people with nuclear weapons is Russia’s national sport.” So true.

Just over a year ago, two Bear bombers flew inside the ADIZ near Alaska and were accompanied by two Russian Su-35 Flanker fighter jets. Just a note… Alaska is the home of the Pentagon’s strategic missile defense interceptor base at Fort Greely, Alaska, about 100 miles southeast of Fairbanks. It’s a prime target for the Russians if we go to war. US missile defenses irritate Putin and he is butt-hurt that we are globally deploying them to counter Russian missiles. Of course, we counter stating that our missile defenses are not targeting Russian forces, but are designed to counter North Korean ICBMs and future Iranian long-range missiles. In fact, they are meant as a deterrent to a number of enemies, such as North Korea, China, Iran and yes, Russia. The Russkies are not and never will be our friends.

Fort Greely houses most of the 44 long-range Ground Based Interceptors capable of knocking out intercontinental ballistic missiles. Other GBI interceptors are deployed at Vandenberg Air Force Base, CA. Bear bombers are equipped with KH-55 air-launched cruise missiles as well as two of Russia’s newer and more potent cruise missiles, the conventionally-armed KH-101 and the nuclear-tipped KH-101. They actually practiced simulated missile strikes against our sites in Alaska in June of 2012 as a part of a major strategic nuclear forces exercise.

Some of Russia’s recent flights have been protected by fighters and others have not. “Irrespective of this, my perception is that the bomber ‘combat patrols’ as Putin called them when he started them in 2007 are not realistic training for attack but rather nuclear intimidation flights,” Schneider, a former Pentagon official, said. Right… but I might point out they are one and the same in the end. “When you have nuclear-armed KH-55, KH-102, and nuclear capable KH-101 cruise missiles with ranges from thousands of kilometers to about 5,000-kilometers, it makes no sense to fly the bombers close enough to be intercepted,” he said. It does if you have a weak enemy and you need to test them on a regular basis to see what they respond with. 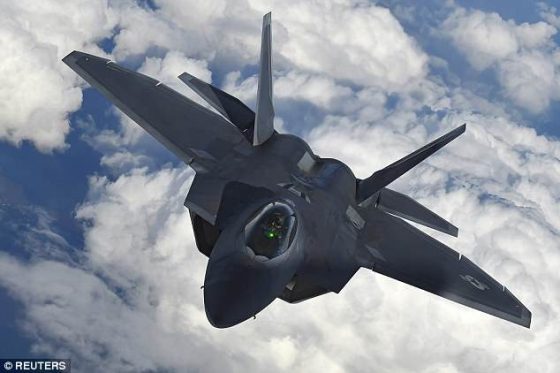 The reason Russian military forces conducted ADIZ intrusion flights is that if they stayed further away there would be no “intimidation effect” and probably no new coverage of the flights, Schneider said. Earlier this month, a Russian Su-27 fighter jet made an unsafe intercept of a Navy P-8 surveillance aircraft over the Baltic Sea. The Su-27 flew within 20 feet of the P-8.

Last week, it was revealed that the US is re-establishing its Second Fleet, responsible for the northern Atlantic Ocean, nearly seven years after it was disbanded as the Pentagon puts countering Russia at the heart of its military strategy. The reason for that is Russia in the Arctic and possible war.

“Our National Defense Strategy makes clear that we’re back in an era of great power competition as the security environment continues to grow more challenging and complex,” Chief of US Naval Operations Admiral John Richardson said last Friday. “Second Fleet will exercise operational and administrative authorities over assigned ships, aircraft and landing forces on the East Coast and northern Atlantic Ocean,” Richardson said. The command, which will be based in Norfolk, Virginia, will initially have 15 personnel and will eventually grow to over 200 people, officials said.

Keep telling us there’s no threat here. And they’ll do that until the first attack comes. With war on the horizon, that may be sooner than later.