Frankly, Britain has a much worse issue, but big hat tip to Senator Rubio. There are cities in America which are pockets of some nasty dark money in real estate.

There needs to be some real reform to CFIUS, Committee for Foreign Investment in the United States.

Washington – In a move with significant implications for the U.S. housing market, Florida Republican Sen. Marco Rubio is seeking to take a Treasury Department crackdown on dirty money in luxury real estate and expand it from a few high-priced enclaves to the entire nation.

Rubio says his proposal is an attempt to root out criminals who use illicit funds and anonymous shell companies to buy homes — a form of money laundering that hides the cash’s tainted origin from law enforcement and banks. The widespread practice enables terrorism, sex trafficking, corruption, and drug dealing by providing an outlet for dirty cash, according to transparency advocates.

Through an amendment to an unrelated major spending bill, Rubio will ask Treasury to study whether government regulators should force shell companies that buy homes priced at $300,000 or more in cash nationwide to disclose their owners. That could be a figure as high as 10 percent of the nation’s real-estate deals.

A similar reporting requirement affecting transactions priced at $1 million or more has already had a chilling effect on all-cash corporate sales in Miami-Dade County, which has been under Treasury’s microscope since 2016.

“Shell companies involved in shady activities are a big problem, especially throughout South Florida,” Rubio said in a statement to McClatchy and the Miami Herald. “With this provision, a study would be conducted to look at requiring all shell companies that make cash transactions, regardless of their area, to disclose their identities.”

The amendment builds on a previous Treasury disclosure order that applied only to certain markets, including South Florida.

That order — which forced shell companies buying homes with cash to reveal their true owners to the government — has been in place in some areas since March 2016 at various price points. Its effects were immediate and stunning. As soon as the order took hold, shell companies buying homes with cash dropped off the map, a recent study by academic economists found. In Miami-Dade, the number of corporate cash sales plummeted 95 percent, although a strong overall market suggests creative buyers found ways to circumvent the rules, researchers said.

Before the crackdown, corporate cash sales accounted for roughly a third of home-sale volume in Miami-Dade, which is popular with foreign investors.

The amendment has the support of the top Democrat on the Senate Finance Committee, Oregon’s Ron Wyden, as well as Rhode Island Democratic Sen. Sheldon Whitehouse. Both have tried to widen disclosure of true owners of shell companies, which can be listed in the names of lawyers, accountants, and other fronts. The lack of corporate transparency frustrates law-enforcement officials, who say it stymies their investigations.

A vote is expected on the overall bill as soon as this week, Rubio’s office said.

The powerful real-estate industry has fought attempts from the government to have it act as a watchdog against money laundering, as banks, precious-metals dealers, money-service businesses, and other financial institutions are required to do. Many Realtors and developers say their clients are simply wealthy buyers seeking privacy, not criminals.

But over the past two years, Treasury has moved with force into what had been a largely unregulated sector of the U.S. financial system. Starting in Miami-Dade County and Manhattan two years ago, Treasury’s Financial Crimes Enforcement Network (FinCEN) began requiring anonymous shell companies to disclose their true owners when they bought pricey homes with cash.

The temporary directives — called “geographic targeting orders” or GTOs — were later expanded to other housing markets in Florida, New York, Texas, California, and Hawaii where foreign and anonymous investors are gobbling up real estate and driving up prices. The rules require title agents to identify the owners of shell companies buying homes with cash and disclose their names to the federal government.

“The GTOs are working, and it’s time they were expanded. Laundering money through real estate isn’t new, but [what is new is] an effective approach to combat dirty money,” said Clark Gascoigne, deputy director of the Financial Accountability and Corporate Transparency (FACT) Coalition, a watchdog nonprofit.

Rubio’s proposal to take the project national, Gascoigne added, “sends a strong message that we’re serious about protecting the U.S. financial system, the real-estate market, and communities across the country.”

Stephen Hudak, a spokesman for FinCEN, declined to comment.

The Rubio amendment asks Treasury to consider expanding the FinCEN directive to include all cash real-estate transactions over $300,000 anywhere in the United States.

It would give Treasury 180 days to submit a study to Congress providing details about the data that has been collected by FinCEN since 2016 and how it is being used. The agency is also being asked to determine if it needs more authority to combat money laundering and whether expanding the targeting order would be of use. In addition, FinCEN is asked if a registry of company owners — something supported by a bipartisan cast of federal legislators — would help authorities fight money laundering, tax evasion, election fraud, and other illegal activities.

Previously, the FinCEN disclosure requirement kicked in for corporate cash sales that were priced at $3 million or higher in New York City, $1 million or higher in Miami-Dade, Broward, and Palm Beach, and at different price points in other states. In May, FinCEN enacted a new directive that secretly lowered the number to $300,000 in all GTO areas. Sources familiar with the agency’s thinking say the new order was kept confidential because regulators don’t want to give money launderers a road map for structuring their transactions to avoid reporting.

Rubio’s amendment would start at that lower price point, covering a major chunk of home sales nationwide. Last year, the median U.S. home sold for a price of $247,200, according to the National Association of Realtors.

A cash transaction is one in which there is no mortgage and the property is purchased outright. Cash doesn’t just mean stacks of greenbacks; it also includes such financial instruments as wire transfers, checks, and money orders. Unlike mortgages, cash deals don’t involve heavy scrutiny from banks, which can identify potential money laundering and file suspicious-activity reports to the feds.

The 2016 publication of the Panama Papers spotlighted how anonymous shell companies in faraway tax havens were used to camouflage property purchases in the United States by politicians, drug traffickers, and financial fraudsters. Housing analysts argue that the flow of anonymous money is driving up prices.

“There’s hardly a metropolitan area in the country that is not experiencing a real public-policy issue regarding affordable housing,” said Ned Murray, a housing expert and associate director of Florida International University’s Metropolitan Center. “The whole focus of the real-estate industry is on … supplying homes for wealthy investors that we don’t know much about. It really is a factor for prices and supply.”

Much of the world has responded to the threat of corruption in real estate by requiring greater ownership disclosure. The United States has done relatively less, although Rubio’s amendment could help close the gap.

Those operating in the shadows of the real-estate market certainly seem aware of the Treasury disclosure requirements — and are working to get around them.

Take Carmelo Urdaneta Aqui, who is the former legal counsel to the Venezuelan Ministry of Oil and Mining. He was recently among those charged in a federal $1.2 billion money-laundering case involving funds stolen from Venezuela’s state oil company.

When Urdaneta prepared to close on a brand-new, $5.3 million condo at the Porsche Design Tower in Sunny Isles Beach, he was informed by paperwork from the developer that “taking title [to the unit] under a company or trust may trigger FinCEN reporting requirements,” according to a federal indictment filed last week. He was worried enough about the disclosure that he discussed how to avoid it with a government informant.

Ultimately, Urdaneta set up a company in his wife’s name to do the deal, prosecutors allege. 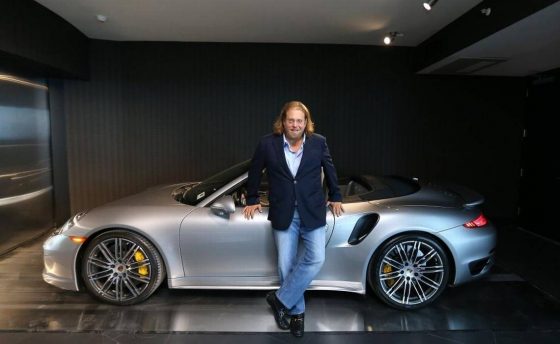 Dezer Development did not say why it alerts potential buyers that they might end up on Treasury’s radar.

“All language relating to legal requirements associated with closings was prepared by Dezer Development’s outside legal counsel,” a spokeswoman wrote in an email to the Herald on Monday.

The 60-story Porsche Design Tower is famous for a car elevator that allows owners to park in “sky garages” within their units. On Friday, federal prosecutors indicated that they would move to seize the unit.

While overall home sales held steady even after the FinCEN rule went into place, the real-estate study found, luxury home prices were slightly softer in markets affected by the GTO.

That suggests that expanding the GTO could have a dampening effect on the nation’s real-estate market, said Jeff Morr, a luxury real-estate broker at Douglas Elliman and chairman of the Miami Master Brokers Forum, an industry group.

“Does it stop money laundering? Probably, yes,” Morr said. “Is it good for the real-estate market? Probably, no.”

But at least making the rule nationwide might take some of the heat off Miami, he said.

“It may make Florida less unattractive now that it’s everywhere,” Morr said. “We shouldn’t be treated differently than other areas.” 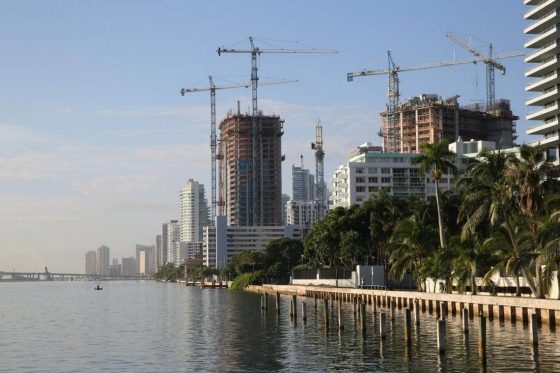 The crane has become the unofficial city bird of Miami during the latest construction boom.
Miami Herald

That was exactly the sentiment of the Miami-Dade County Commission when the rule was first enacted in 2016. At the time, commissioners passed a symbolic resolution asking regulators to stop singling out Miami for special scrutiny. The industry still feels the same way.

“There are wealthy people who don’t want everyone to know that they live at the end of the block,” Shuffield said. “If someone is determined to launder money, they can pick anywhere in the country to do it, from the smallest city in the Midwest to Miami or New York City. It’s only fair that every area have to report. Otherwise, the rules could be scaring people away from certain markets.”