Consumer confidence unexpectedly rose in August to the highest level since October 2000. Confidence was expected to decline from July’s level but instead surged, the result of jobs. The expectation’s gauge also climbed to a six-month high, also the opposite of the forecasted view.

Generally speaking, I regard sentiment surveys as a “backward-looking” indicator stating where we have been not where we are going. With this written, however, I forgot the last time I read a positive headline. Can I suggest there is a disconnect between reality and the media? Is all media just noise and job availability and rising home values trump everything?

Second quarter GDP was revised higher to 4.2%, the greatest growth in four years. The forward-looking indicators are suggesting momentum is continuing into the third quarter with consensus now suggesting growth over 4.5%. Wow!

Because of this growth, it appears inflationary pressures are accelerating over the Federal Reserve speed limit of 2.0%. All must remember the committee stated it would “tolerate” several quarters of inflation over the prescribed limit.

END_OF_DOCUMENT_TOKEN_TO_BE_REPLACED This week Trevor Loudon exposes Rep. Keith Ellison, who is currently running for Minnesota Attorney General, an office that – being dominated by Democrats for fifty years – is already riddled with corruption. Trevor also exposes California Congressman Ami Bera, who has represented the 7th Congressional District since 2013. 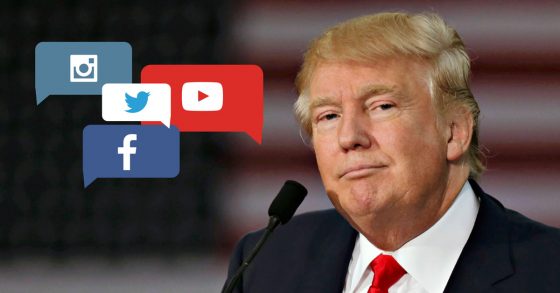 I had not intended to weigh in on this debate as I have been focusing more on geopolitical issues. But I saw a piece go by from Paula Bolyard over at the Washington Post and I just had to write on it. Paula is also the supervising editor at PJ Media. That is a media source I really respect and that I visit every single day. You should too. Recently, Paula wrote an article at PJ Media that President Trump quoted: “96 Percent of Google Search Results for ‘Trump’ News Are from Liberal Media Outlets.” After that, she found herself in a media maelstrom that I would not wish on anyone.

Trump’s tweet said this, “Google search results for ‘Trump News’ shows only the viewing/reporting of Fake News Media. In other words, they have it RIGGED, for me & others, so that almost all stories & news is BAD. Fake CNN is prominent. “Republican/Conservative & Fair Media is shut out. Illegal?’” Trump also added that “96% of results on ‘Trump News’ are from National Left-Wing Media, very dangerous. Google & others are suppressing voices of Conservatives and hiding information and news that is good.” He’s got a point and is right on this issue.

I’m probably not going to make anyone happy with this article, but this is how I see the situation. President Trump is upset that he is being censored by social media sites. So are most Americans. Many conservatives have been shadow banned, censored and fiscally destroyed by these tech giants. I have little to no sympathy for these tech outfits and I absolutely understand and agree with the way Trump feels. Except… when it comes to calling for regulation of social media sites. That is a very bad move constitutionally and it should give all Americans pause for thought on it. You can see Paula’s response to the call for regulating social media here. I absolutely agree with her and she is an impressive writer.

….results on “Trump News” are from National Left-Wing Media, very dangerous. Google & others are suppressing voices of Conservatives and hiding information and news that is good. They are controlling what we can & cannot see. This is a very serious situation-will be addressed!