O’Keefe Strikes Again! Gillum Campaign Admits They Have to Lie About Who They Are, ‘Florida is a F*cked Up Cracker State’ (VIDEO)

Why are Dems getting so worked up about birthright citizenship?

Levin and Horowitz: Yes, Trump can end birthright citizenship for children of illegal immigrants with an executive order

It is outrageous what the Democrats are doing to our Country. Vote Republican now!

MAXINE WATERS: Committee chairmanship will be time for paybacks

One of the sites I visit daily is Far Left Watch. They report on real news fearlessly. And they’ve got another scoop on Antifa and Facebook.

As all of you know by now, Facebook purged many conservatives including myself just recently. This included Brian Kolfage, a triple amputee veteran who ran Right Wing News. I was an editor and writer there. Because of that, NoisyRoom.net and my personal page were both purged permanently. Brian’s personal military coffee business was also purged. Facebook gave me no reason other than they stated that I violated their community standards. They called Right Wing News ‘inauthentic’ and labeled them ‘fake news’. That couldn’t be further from the truth. I source what I write with multiple links of attribution whenever I write. It’s sheer political censorship.

We aren’t alone by any means. Gavin McInnes, who had multiple accounts associated with the “Proud Boys,” was banned by Facebook who stated that those accounts were “hate groups” and violated their policies on “hate speech.” Which is unadulterated bull crap.

Communist Antifa is certainly guilty of that level of hatred and more. Yet, somehow, they are still on Facebook. Communists of a feather. These are accounts that call for the murder of President Trump and conservatives on a regular basis. They brazenly use their Facebook pages to radicalize, recruit, and mobilize new members. They are incredibly hateful and violent.

One recent example that demonstrates this double standard is the failure of Facebook to take action against the violent far-left extremist group, Revolutionary Abolitionist Movement. Just last week, this Antifa group shared an “anti-gentrification” poster that encouraged people to burn down luxury housing developments. They instructed their five thousand Facebook followers to print this poster and spread it around.

In a prior post, they celebrated the recent arson attacks that this downloadable poster was referencing:

This is the same extremist group that used their Facebook and Twitter account to coordinate a nationwide campaign to deface Christopher Columbus statues and then used those same accounts to share pictures and brag about their criminal activity once the campaign was executed. But like most violent far-left accounts, they are free to violate Facebook and Twitter Terms of Service without any recourse. At what point should this selective enforcement be viewed as an endorsement of far-left political violence?

I guess as long as you are a leftist, you can do whatever you want on Facebook. Stand up for the Constitution, President Trump, the rule of law and anti-communism and you are branded as a non-person and shunned. But that won’t shut us up or keep us from fighting back against communists like Antifa. It does, however, show what a hypocrite Facebook is. This isn’t about left or right, it’s about fighting communism for me and others like me out there.

If you want to fight for free speech, you can go here to support Brian Kolfage’s fight against Facebook. If we don’t fight for our constitutional right to free speech, we will lose it entirely and soon. 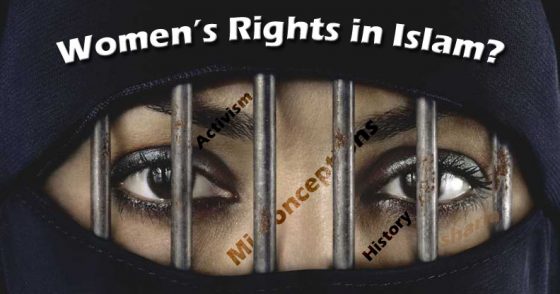 Being the property of a Sharia-compliant man is Hell on earth.
Sharia escapees, Farrah Prudence and “Polly,”
want women to understand
the gruesome horror of Sharia crimes.
How are women seduced into the world of Sharia?
What happens then?
Can you ever escape? What’s life like if you do?
Tune in Friday night to hear from two brave women who “won’t back down” as they expose the brutal realities of Sharia crime against women and their children.
Click on the link to listen from your computer at 7 PM
http://www.blogtalkradio.com/global-patriot-radio/2018/11/02/sharia-crime-stoppers-action-line-female-sharia-crime-victims-speak-out
or call in from your phone to listen: (319) 527-6706
Be sure to push #1 if you want to join the conversation.