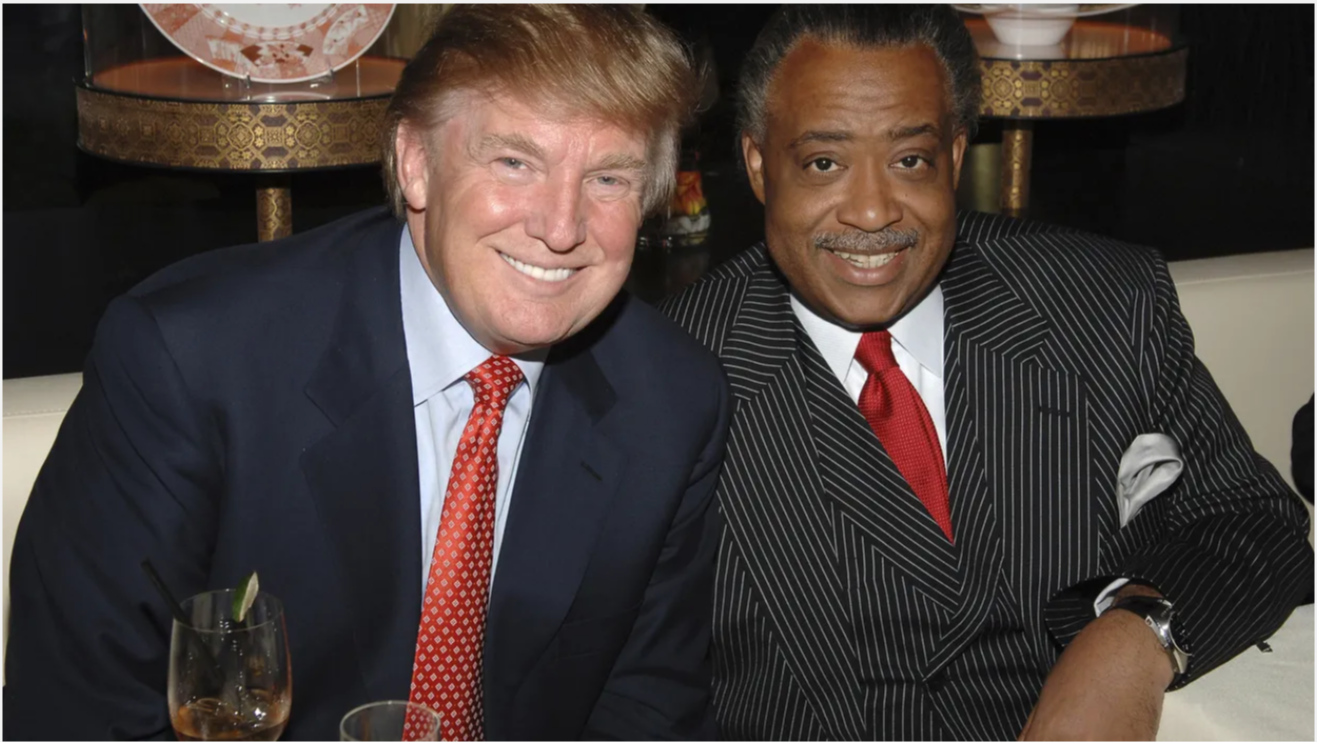 Oh, this is rich… it’s hypocritical in the extreme and downright funny. The Rev. Al Sharpton spouted off today about Christianity Today running an op-ed from the editor decrying President Trump and those evangelicals who support him. Race-baiter extraordinaire Sharpton stated that evangelical Christians “would sell Jesus out” if they think they can achieve their political objectives through President Donald Trump and his policies. Wow, waiting for lightning to strike the corrupt reverend. Or maybe the earth to swallow him up… I’m not picky.

Sharpton spouted this idiocy while appearing as a guest on MSNBC’s “Morning Joe” (where else?) and was embroiled in a discussion concerning a recent interview with Christianity Today Editor-in-Chief Mark Galli and why many evangelicals were appalled last week when Galli said he supported impeaching Trump. Mika Brzezinski lapped it up of course.

On #MorningJoe talking about Christianity Today Magazine’s op-ed calling for Trump’s impeachment and removal, the push back and support from magazine readers, and more. pic.twitter.com/KU6U7TZfaF

“The reason they’re so offended is it’s exposing all of them that they would take this shameless con man over the principles that they’re preaching in the holy season as we celebrate Jesus, they would sell Jesus out if they felt they could get something from it is the inference he’s saying from his editorial. And that’s sad on many levels.” Sayeth the number one con man on the face of the planet. Just ludicrous.

“Galli’s editorial last week, in a magazine that was founded by evangelist Billy Graham, engendered both anger and disbelief with a faith group that solidly supports the Trump presidency. Franklin Graham not only criticized Galli’s opinion but declared that his father had voted for Trump.

cops as “pigs”
whites as “crackers” or
jews as “interlopers.”

“Sharpton suggested supporting Trump reminded him of a Scripture passage where Jesus warns, “What profits a man to gain the world but lose his own soul?”

“He also suggested Christian leaders are gaining “some judicial appointments” but “given up the soul of the Church.” He called that “a devastating blow. This is is a magazine that was founded by Billy Graham.”

“Galli somewhat backtracked on his call for Trump’s impeachment during a Sunday interview where he called it “hyperbole” to suggest the president could be removed from office. He also suggested he was not speaking from a political point of view.

“What I’m really arguing in the piece fundamentally is that the president is unfit for office,” Galli said. “Now, that may be a distinction without a difference, but the point is, and I’m not really speaking politically. I’m not making a political judgment, because that’s not our expertise at Christianity Today. I am making a moral judgment.”’

Pardon me for saying so, but Sharpton wouldn’t know a real Christian if they smacked him in the mug. Sharpton lost his own soul long ago and has no room for preaching to anyone on the subject.

cops as “pigs”
whites as “crackers” or
jews as “interlopers.”

Al Sharpton is a racist disgrace.”

Exactly right. Say it with me kids… Sharpton’s a racist and a criminal. He’s also a thug and a communist. How dare he lecture Christians on morality when he has none. The notorious reverend is morally reprehensible.

Approximately 200 evangelical leaders have now come forward to denounce the editorial in Christianity Today that called for removing President Trump from office. In a scorching letter to Timothy Dalrymple, the president of Christianity Today, the leaders shredded the editorial and Editor-in-Chief Mark Galli, asserting the editorial “offensively questioned the spiritual integrity and Christian witness of tens-of-millions of believers who take seriously their civic and moral obligations,” as well as characterized evangelicals who support President Trump as “far-right.”

The sorry truth of the matter is that those that run Christianity Today are those with a faith problem. They are pushing ‘fake Christianity’. From Cliff Kincaid:

“Brannon Howse comments that what most Americans and Christians may not know is that back in 2010 Galli wrote an article that can only be described as heretical and blasphemous. That article, “Divine Drama Queen,” described God as a “crazy uncle” with emotional problems. The article was actually removed because of its blasphemous tone.

“But Galli suddenly has become a leading Christian thinker and a media celebrity because of his anti-Trump editorial. Clearly, he was seen by the media as someone who could undermine Christian support for Trump.

“In the same way, the March for Life MAGA (“Make America Great Again”) cap-wearing Catholic Christian teenagers from Covington, Kentucky, were depicted by the media as extremists harassing a Native American beating a drum. That also turned out to be fake news and a total hoax. These pro-life students were attacked because they represent hope for America and its traditional Christian values.

“The Christianity Today editorial was obviously timed to hurt Trump’s credibility with Christian voters at a time when his presidency is reeling from impeachment. But as Dr. James Dobson noted, “While Christianity Today is making its case for impeachment, I hope the editors will now tell us who they support for president among the Democrat field. That should tell us the rest of the story.”’

We have communists masquerading as Christians and acting as though they are biblical scholars and false prophets. Then you have scum like Al Sharpton – a serpent in a nice suit. All leftists, Marxists, and propagandists. It’s nothing more than paper and fire and worth less than nothing.