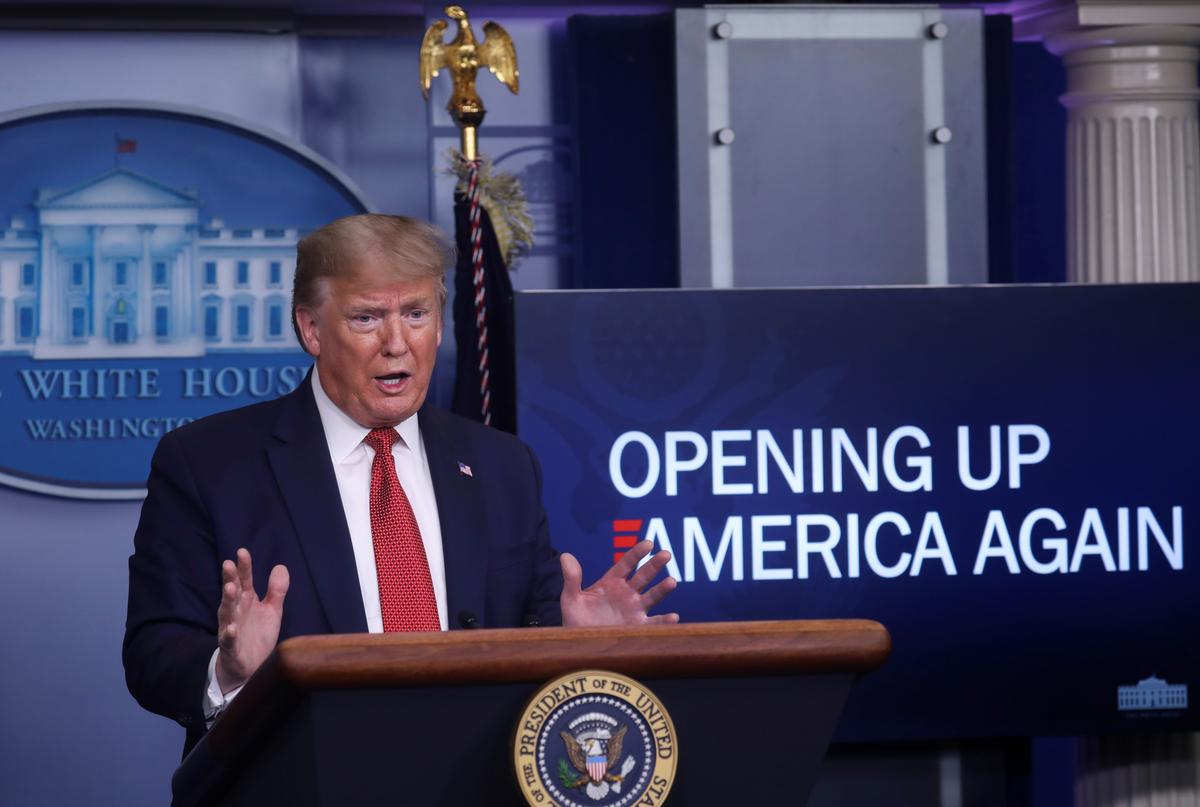 I was thrilled to hear that the Michigan militia said they will prevent police from enforcing wacko Gov. Whitmer’s unconstitutional demand that 77-year-old Karl Manke close down his barbershop.

We the people are finally rising up to say this is America and we’re not gonna take this crap, and it makes me extremely proud to be an American.  Thank God we have not become a nation of metrosexual wimps, allowing power-drunk Democrats to behave like our parents.  They demand that we stay in our homes.  When we ask why their response is “because we said so!”

Several weeks ago, when the lockdowns began, I had a conversation with two political activist buddies.  They were concerned that Democrats would force the lockdown to continue until election day in November.  I said I could not imagine the American people putting up with it that long.

Seeing that Democrats are using COVID-19 to implement their dream list of extreme leftist initiatives, many of you were frustrated that Trump appeared to surrender to Dr. Fauci’s keep-America-closed recommendations.  I told you guys to chill out and trust Trump and God.  Trump is a master deal-maker in a crazy situation.  While you were annoyed at Trump for listening to Dr. Fauci, Democrats and fake news media continue to spread the lie that thousands have died and will die because Trump refuses to listen to Dr. Fauci.

Weeks ago, a large chunk of the country believed fake news media and health experts’ lie that COVID-19 is the worst thing that ever hit the planet.  They said 2 million would die if we did not close down the country.  It would have been foolish for Trump to push against the tsunami of fear sweeping the country. Trump wisely waited for evidence to begin surfacing that the predicted doomsday numbers of deaths were proven false.

In April, Trump announced his plan to reopen America.  As expected, Democrats and fake news media responded in outrage, hysterically claiming that over 100 thousand will die.  Trump realizes THAT a large percentage of Americans are over the fear and ready to begin living again.  Dr. Fauci wants the lockdowns to continue.  After expressing his respect for Dr. Fauci, Trump said he will proceed.

Now is the time for more Americans to step up and rebel big-time against power-drunk, evil Democrats.  My two political activist buddies played a major role in making the May 1 ReOpen California protest a huge success.  But we can’t stop there.  That was only Phase One.  Democrat governors continue to dig their long claws deep into the walls of their lockdowns, implementing more absurd COVID-19 restrictions.  They will not loosen their chains around the necks of their constituents.  They must be forced to let their people go.

Joe Wierzbicki, a true patriot, is president of the Conservative Campaign Committee.  He posted this on Facebook. “Nevada’s disgraced Democrat Governor Steve Sisolak’s actions cause closure of famed Colorado Belle in Laughlin, NV. Another 400 jobs lost. Folks — we must RECALL these Democrat governors who are destroying our economy.”

Folks, this cruel insanity should make every American extremely angry.  The Bible says, “Be angry, but sin not.”  The Bible also speaks of “righteous anger.”  Seeing Democrat tyrants punish and destroy people’s lives should make righteous Americans angry.  Conservative Campaign Committee is laser-focused on helping Republicans take back the House.

Wicked Nancy Pelosi must be unseated from her role as House majority leader.  From her illegal impeachment scheme to exploiting COVID-19, she will use anything to remove Trump and dictate the behavior of the American people.  She has zero compassion for U.S. citizens.

In New York, police wrestled a woman with a toddler to the ground and arrested her for not wearing her mask properly.  This is too much, folks.  There is something seriously wrong when one person can mandate brute force to implement their unconstitutional decrees.  For this reason, we must never allow Democrats to ignore the Second Amendment to confiscate our guns.

Phase two of the battle to restore our constitutional freedoms requireS that we lawfully and rightfully push back.  I would love to be a part of a national ReOpen America bus tour.

Similar to the Tea Party movement, the grassroots ReOpen America movement does not have one charismatic leader.  It has numerous courageous lovers of freedom and America saying, “I will fight and suffer the consequences.”  My mind flashed back to that scene in the movie, Spartacus.  Soldiers came to arrest Spartacus but did not know his identity.  Each of his men boldly proclaimed, “I am Spartacus.”  The soldiers crucified all of them.  We have small business owners from beauty salons to gyms to restaurants and more, in essence, saying, “Take me, I am Spartacus.”