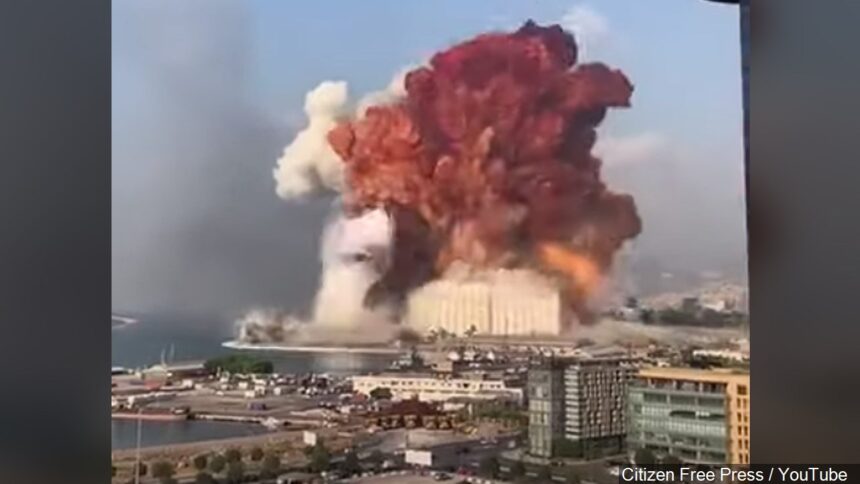 President Trump along with officials at the Pentagon are calling this an attack.

Primer: Tensions in Lebanon are high for a number of reasons, one being that Hezbollah faces a United Nations tribunal verdict on Friday in relation to the 2005 assassination of former Prime Minister Rafic Hariri. The head of Lebanon’s domestic security service has ridiculed the notion that fireworks were involved. He told reporters that the incident is a result of highly explosive materials being stored in a port warehouse. Maj. Gen. Abbas Ibrahim refused to give further comment pending the outcome of the investigation. It should be noted here that while Ibrahim has good links to Western intelligence and counterterrorism units, his central interest rests in maintaining Lebanese political stability in avoidance of another civil war.

This is a hyper-relevant concern in the context of very significant political tensions over Lebanon’s growing economic crisis and an associated increase of pressure on the Lebanese Hezbollah. Identifying the explosives as the cause, while saying they had been stored over a period of time, allows Ibrahim to put Hezbollah on notice without directly confronting the group. But why those explosives would be stored in a highly traveled population center and not on a military base is unclear.

Lebanese media carried images of people trapped under rubble, some bloodied, after the massive explosions, the cause of which was not immediately known.

An AFP correspondent at the scene said every shop in the Hamra commercial district had sustained damage, with entire shopfronts destroyed, windows shattered and many cars wrecked.

RAW FOOTAGE: Massive explosion shakes Lebanon's capital Beirut; no word yet on cause or casualties @AbirGhattas

Injured people were walking in the street, while outside the Clemenceau Medical Centre, dozens of wounded people, many covered in blood were rushing to be admitted to the center including children.

Destroyed cars had been abandoned in the street with their airbags inflated.

A huge cloud of black smoke was engulfing the entire port area, the AFP correspondent said.

The loud blasts in Beirut’s port area were felt across the city and beyond and some districts lost electricity.

“Buildings are shaking,” tweeted one resident, while another wrote: “An enormous, deafening explosion just engulfed Beirut. Heard it from miles away.”

The explosions came at a time when Lebanon is suffering its worst economic crisis in decades, which has left nearly half of the population in poverty.

Lebanon’s economy has collapsed in recent months, with the local currency plummeting against the dollar, businesses closing en masse, and poverty soaring at the same alarming rate as unemployment.

The explosions also come as Lebanon awaits the verdict on Friday on the 2005 murder of former Lebanese premier Rafic Hariri, killed in a huge truck bomb attack.

Four alleged members of the Shiite Muslim fundamentalist group Hezbollah are on trial in absentia at the court in the Netherlands over the huge Beirut suicide bombing that killed Sunni billionaire Hariri and 21 other people.

A woman in the city center told AFP: “It felt like an earthquake … I felt it was bigger than the explosion in the assassination of Rafic Hariri in 2005.”