Justice Antonin Scalia said in his dissent in the same-sex marriage case that the ruling was a threat to our democratic form of government and constitutes a “judicial Putsch,” or secret power grab. He didn’t just say the majority was wrong or misguided; he essentially said they had conspired to overthrow our form of government. His position on the Court may have made it impossible to supply specifics. But one possible explanation of what he meant is that he saw a conflict-of-interest on the part of members of the majority, which required their recusal from the case.

Rather than investigate what Scalia is hinting at, our media have opened fire on Scalia for blowing the whistle on judicial corruption.

In fact, the push for gay marriage has been tainted by lies from the beginning. As Professor Paul Kengor notes, Obama himself was caught lying by his own adviser, David Axelrod, who now admits Obama favored gay marriage when he was publicly opposing it to get elected. “According to Axelrod,” Kengor told WorldNetDaily, “Obama supported gay marriage as far back as the mid-1990s, when he was an aspiring Chicago politician. He publicly suggested otherwise, however, in order to get votes, especially from African-Americans who rejected gay marriage in higher numbers than white Americans.”

Kengor, author of Takedown: From Communists to Progressives, How the Left Has Sabotaged Family and Marriage, said he believes Obama was influenced in favor of “a more open view toward sexuality” by his communist mentor, Frank Marshall Davis, a pornographer and pedophile. But Obama was careful to sound conservative and Christian on these issues when he ran for president.

What’s more, as AIM has documented on numerous occasions, media “coverage” of the issue has been non-stop propaganda, much of it emanating from a group called the National Lesbian & Gay Journalists Association. Most people haven’t heard of the group, which is the way they want it. The nature of gay pride parades has even been censored, prohibiting the public from understanding that the homosexual movement celebrates crude displays of nudity and vulgarity.

Politically, it would be one thing if Scalia had responded that there was an honest disagreement over the meaning of certain words in the Constitution. Instead, he said the majority subverted the Constitution by reading into it something that does not exist—the “right” to force government at all levels to recognize gay marriage. By inventing this “right,” Scalia and the other dissenters said, the Court has put our actual rights of freedom of religion and expression in grave jeopardy. This seems to be the nature of the “putsch” Scalia is talking about. He could very well be referring to behind-the-scenes pressures put on the Justices by homosexual elite forces, the financially powerful one to two percent, who seem to have so much sway over the media, academia and the corporate world. These people are now attempting to suppress a new film, “An Open Secret,” about pedophilia in Hollywood.

Whatever the reason for the putsch, our form of government has been overthrown and another put in its place—a judicial dictatorship that is devoted to elevating to protected status a sexual minority seeking the abolition of traditional values. Left unchecked in its drive for power over others, this cabal threatens not only our heritage but America’s standing in the world as a superpower. It appears the Obama administration wants to spend more money on Pentagon gay pride events and climate change than actual weapons systems to defend America.

As we get ready to celebrate Independence Day, however, we can rest assured that the American people remember enough about the founding of their country that they cannot and will not accept a judicial tyranny. That would make a complete mockery of what July 4th is all about and what millions of Americans have sacrificed for.

The critical part of the law in the gay marriage case is Title 28, Part I, Chapter 21, Section 455 of the U.S. Code, which is applicable to judges and courts. It says, “Any justice, judge, or magistrate judge of the United States shall disqualify himself in any proceeding in which his impartiality might reasonably be questioned.” These disqualifications include cases in which “he has a personal bias or prejudice concerning a party…”

Our media didn’t treat it as a big deal, but Justices Elena Kagan and Ruth Bader Ginsburg had both officiated at gay weddings. Groups such as the National Organization for Marriage, the American Family Association, the Coalition of African American Pastors, and the Foundation for Moral Law had called for Kagan and Ginsburg to withdraw from the case.

Matthew Kidd, executive director of the Foundation for Moral Law, told Accuracy in Media that the failure by Kagan and Ginsburg to withdraw from the case leaves them open to impeachment and removal from the bench.

But will Congress act?

According to the Supreme Court website, the only Justice to be impeached was Associate Justice Samuel Chase in 1805. It says the House of Representatives passed Articles of Impeachment against him; however, he was acquitted by the Senate. A majority is required for impeachment in the House but a two-thirds vote is required for conviction.

In the case of Kagan, an Obama appointee, she may have had a personal conflict-of-interest. This is a sensitive matter, but various reports indicated that Kagan was a known lesbian before she was nominated to the Court by President Obama. For example, the gay blog QueerTY had identified her as a lesbian. That would mean she was compromised on homosexual issues prior to her ascension to the bench and after she was confirmed. This is a conflict of interest that cannot be tolerated.

Whether the reports of her lesbianism are true or not, we know that Kagan had an extremely radical record as Dean of Harvard Law School (2003 to 2009) where she promoted homosexuality and transgenderism. Nevertheless, she was confirmed to the Supreme Court in a 63 to 37 vote.

Kagan “avoided the sort of scrutiny that some nominees have faced,” The Washington Post noted at the time.

We now see the evidence of what happens when the media and Congress fail to do their jobs.

Congress, however, can try to undo some of the damage by holding hearings into the possible impeachment of Justices Kagan and Ginsburg. This would be one way of getting to the bottom of Scalia’s sensational charge that America’s democratic system has been subverted and stolen from the American people.

We are bound to hear that impeachment would be difficult and conviction impossible. There’s always an excuse for not taking bold action in Washington, D.C. But a congressional failure to act, in the wake of Scalia’s extraordinary charge of a judicial Putsch, would suggest that celebrating July 4th means fireworks and nothing more.

I think enough Americans are sufficiently concerned about this matter that they want to see some real fireworks, in the form of Congress exposing the lies, corruption and conflicts of interest that went into the sick and tyrannical gay marriage ruling.

Members of Congress taking up this cause will not get sympathetic headlines in the media. But it is something that has to be done if Independence Day is going to have any meaning left at all. 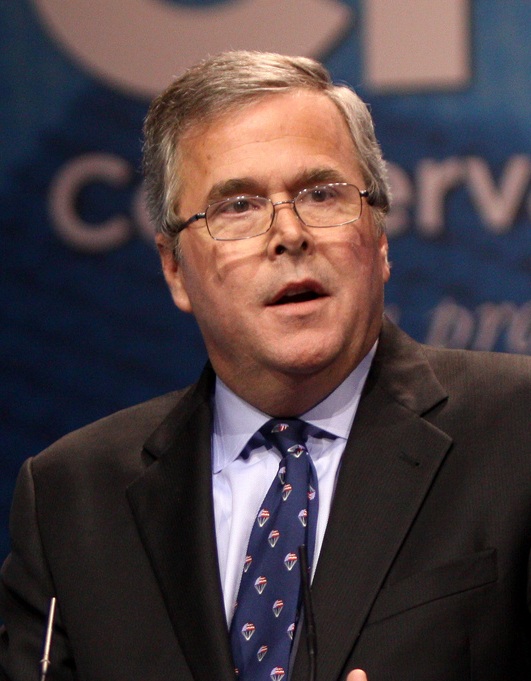