END_OF_DOCUMENT_TOKEN_TO_BE_REPLACED

From: The Washington News Observer

Census Needs To Count All Regardless Of Immigration Status.

Yes, and counting all the illegal immigrants will certainly help the powers-that-be redraw and control voting districts won’t it? But there’s no way the government will add the question: “Are you a legal American citizen?” to the census form, because that’s just sooo not important, don’t ya know… And it’s really none of their business – but knowing how many toilets you have or how much money you make – well, that’s different and you better answer that or get a $5000 fine or jail. And maybe an IRS audit just for good measure… 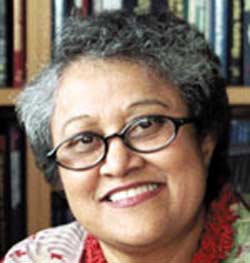 This was brought to my attention a day or so ago… It has every appearance of political favors being called in for someone (Dr. Chacko) who was reprimanded and let go for legitimate reasons at the Pittsburgh VA. Mike Volpe at The Provocateur does a terrific job of laying out exactly what led up to Dr. Chacko’s dismissal and the politics in play afterwards. The incident(s) revolve around Dr. Anna Chacko, General Eric Shinseki, head of the VA, and Congressman Brad Miller of the 13th District of North Carolina.

It appears to me that Congressman Miller reacted in a typically liberal fashion and enthusiastically started defending what he believed to be an ‘underdog whistleblower.’ Due to Congressman Miller’s aggressive attempt to save Dr. Chacko’s job, she was reinstated. Her behavior became more reprehensible than before and due to her intimidation tactics and her power-hungry vicious behavior, she was eventually removed permanently from said position.

This whole situation really needs thorough examination. It is a typical example of political intimidation and should not be permitted. A person, or should I say ‘professional,’ should stand on their own merits, not on the bullying pressures of a congressman. And frankly, I don’t know any business, much less a medical lab, that can function properly with an ‘Attila The Hun‘ at the helm.

Here are two legal documents that lay out details:

Here is an article on the subject as well:

And finally, I refer back to The Provacateur’s article and another at Big Government:

The Scandal of Government Health Care: An Introduction to Dr. Anna Chacko

Both of the last two articles are in-depth and really lay out the whole incident. They are a must-read…

Both Congressman Miller and General Shinseki appear to have overstepped their authority and power. They also appear to have made grave errors in judgment and procedure. Neither has been brought to task for their actions as of yet. One thing is glaringly apparent, Dr. Chacko was way out of line and needed to go and others around her were unfairly maligned and mistreated. This whole incident needs the cleansing light of day and needs to be thoroughly explored by impartial parties to get to the bottom of the dirty politics and tactics at play here and then those involved need to be legally and legitimately dealt with.

If the Veteran’s Administration really wants to help their credibility, they will get to the bottom of this and deal with those involved fairly while punishing those who deserve it. Justice delayed is justice denied…

ACU CALLS ON SOUTHERS TO BOW OUT

Keene expressed outrage over reports that Errol Southers while an FBI agent used his power to gain access to confidential government criminal records in an attempt to gather private, personal information on his then-estranged wife’s new boyfriend.

“Mr. Southers has demonstrated in the past that he has little regard for the sanctity of information on individuals collected and held by the government,” said ACU Chairman David Keene, “To appoint a man head of an agency like TSA which has access to incredible amounts of personal information on individual citizens is simply unacceptable. His appointment would send exactly the wrong signal to those entrusted to handle such information and would inevitably create a culture that tolerates abuse of the rights of those the agency is sworn to protect. Southers has demonstrated a reckless disregard for privacy rights which should disqualify him.”

Also, ACU notes that Erroll Southers chose to mislead Congress regarding his past activities and then argued that since his illegal snooping took place some years ago it shouldn’t disqualify him now. That defense, said Keene, is “laughable.”

“The Democratic leaders of the House and the Senate reportedly are planning on finalizing their differing health care “reform” bills in secret. That’s right. They’re kicking out the C-SPAN cameras and planning on huddling behind closed doors with a few Obama Administration power brokers to transform the American health care system. . . . And so it has come to this: A massive bill, compiled in secret, negotiated through corruption, and passed by a party-line vote, will now be finalized in secret.”

SOME ARE CREATED MORE EQUAL THAN OTHERS

– Paul Jacob of Citizens in Charge

“In another example of why unions are antithetical to good government, a pliant, left-wing judge in California has ruled that the Schwarzenegger Administration cannot furlough state workers that belong to three powerful public employees unions. . . . What we see here is these union thugs actually preventing the proper and necessary measures to reign in state spending.

“And what is the state spending? OUR TAXES! So, what we have are unions making sure that wild, unproductive, and wasteful spending of our taxes continues and they are using the force of left-wing, compliant courts to do it. Unions are essentially stealing our taxes.”

“(S)mall employers with fewer than 50 employees are exempt from the employer mandate requiring them to provide insurance to their employees. But, for the construction industry, the rules are different! Specifically, the Senate bill limits this exemption to companies with five or fewer employees, not 50!

“That’s right! In any other business you’re exempt from the employer mandate if you have 50 or fewer employees. But if you’re a contractor and have as few as six employees you must provide insurance coverage for all your employees! Sound bizzarre? What about this Bill isn’t?”

THE CASE AGAINST GOVERNMENT EMPLOYEE UNIONS

“By making the union a full and equal partner at the bargaining table, compulsory public-sector bargaining laws deprive the public of its right to participate in policy making. . . . Moreover, to the extent that public employees gain power through recognition and collective bargaining, other interest groups with a right to a voice in the running of the government may be left out of vital political decisions. . . . All citizens have the right to associate in groups to advocate their special interests to the government. It is something entirely different to grant any one interest group special status and access to the decision-making process.”

“Someone give me a break. I, as a Fedex courier have never flown, nor will I ever fly an airplane. I can’t even jump seat. I do the same job as every UPS driver out there. I deliver and pick up packages. It’s as simple as that. There is no difference between what I do and what a UPS driver does.”

Do you support the idea of giving school vouchers or education tax credits to parents for use at private schools?

To cast your vote in today’s online survey, click here!

“Unionism seldom, if ever, uses such power as it has to insure better work; almost always it devotes a large part of that power to safeguarding bad work.”

The Tea Party Express (www.TeaPartyExpress.org) is set to release a TV ad that spotlights the blatant arrogance and disdain Harry Reid has shown towards the people of Nevada and the nation as a whole. The new ad campaign uses Reid’s own words to demonstrate his severe disconnect with the American people.

“The purpose of this campaign,” explained Joe Wierzbicki, organizer of the Tea Party Express, “is to make it abundantly clear that it is time for Reid to go. His statements and actions over the past few months show that power has gone to his head, and he feels nothing but disdain for those he is charged to serve and represent,” Wierzbicki said.

“We’re throwing the weight of the Tea Party Express movement into the campaign to defeat Reid,” Wierzbicki said.

The Tea Party Express has invited conservative Senate candidates running against Reid, along with local media outlets and supporters to attend. “Our message for Harry Reid is that your arrogance, your condescension and your failures as a Senator have not gone unnoticed. Don’t be surprised when you receive a ‘pink slip’ from the voters come November.” Said Mark Williams, Vice Chair of the Tea Party Express.

To obtain more information about the “Tea Party Express” or to schedule an interview with a representative from the tour please contact Levi Russell at (509) 979-6615 or via email at: [email protected]

The Tea Party Express is announcing today our endorsement of Republican candidate for U.S. Senate in Massachusetts, Scott Brown.

Brown has recently surged in the polls, and on Tuesday was within 9-points of his Democratic opponent, Attorney General Marsha Coakley.

“Scott Brown has stood for the principles of smaller government and lower taxes, and we are honored to support him,” said Sal Russo, Chief Strategist of the Tea Party Express.

“Since Scott Brown is an opponent of the Democrat’s abysmal healthcare mess, if he wins the Democrat’s plan hits a roadblock in the Senate, where they would be 1-vote short of the 60 they need,” Russo said.

As you are undoubtedly aware, the American people are clamoring for negotiations on health care reform to be fully open and transparent. Thus far, work on the legislation has been held behind closed doors and in tight secrecy. The American public, and even Members of Congress and United States Senators, have learned the details of the legislation only after it has been voted through. As Majority Leader of the United States Senate, you can change that.

Recently, C-SPAN wrote a letter to Congressional leadership requesting access to the health care negotiations. Granting such a request would ensure the public remains informed on legislation directly affecting them and, in the process, follows through on President Barack Obama’s pledge to have ALL health care reform negotiations televised on C-SPAN.

In November, you said transparency would be “one of the guiding principles of health care reform.” There is no truer way of accomplishing that goal than allowing C-SPAN – and all media, for that matter, to cover a fully open and transparent conference committee.

Sarkozy: Dollar Must Be Stripped of Global Power

Schwarzenegger on Obamacare: “They Got the Corn, We Got the Husk”

An Entitlement Certain to Grow

Japan Leads the Way Down a Dark Hole

Congress on Health Care: Sticking It To The States

Morning Bell: Why the Stimulus Failed

Unions v. Race to the Top

C-SPAN: WHITE HOUSE ALLOWED ONLY ‘ONE HOUR’ OF HEALTHCARE COVERAGE

EU will ‘not bail out Greece’

Robert Rubin: All Hell Could Break Loose Because of Huge Government Debt

Something Evil This Way Comes

If The Fed Missed that Bubble, How Will it See a New One?

ECB’s Stark: No Bailout for Greece 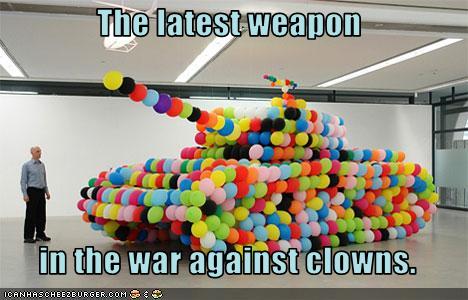 And evidently terrorists… Janet’s new ride – only the best for beclowned DHS and the United States Secretary of Homeland Security, Janet Napolitano.

Reposted From: Feed Your ADHD

I’m sure the TSA is right on top of this … 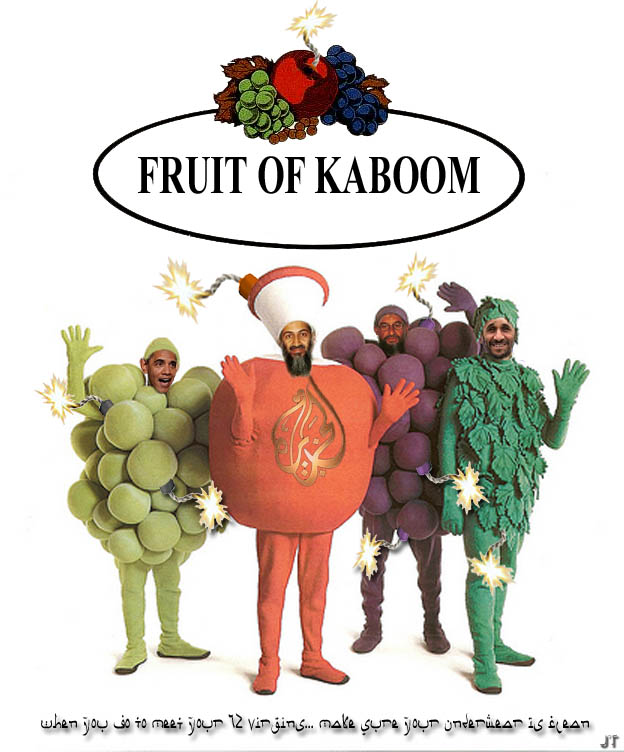