Hat Tip: Brian B.
From: HotAirPundit

March 3, 2011: Anjem Choudary – To lead White House protest calling for Muslims to ‘rise up and establish Islamic state in America’ 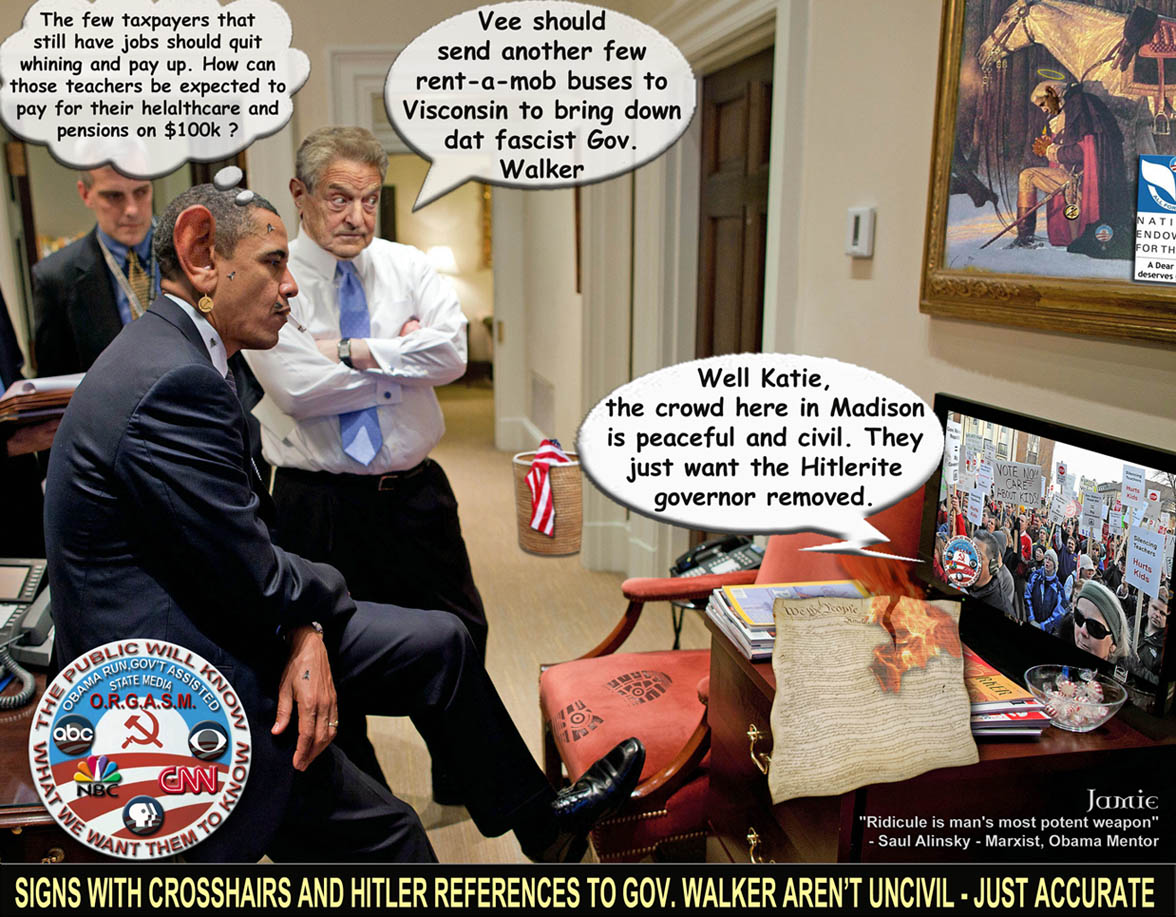 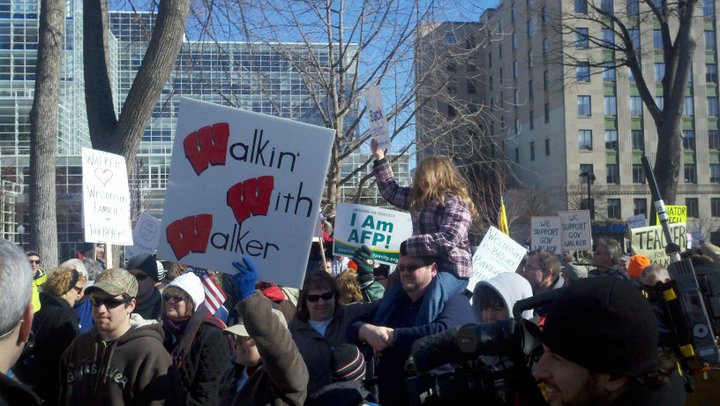 I was inspired and in awe of Herman Cain’s speech in Wisconsin:

He made so many good and powerful points not just for the Tea Party, but for all hard-working individuals across our nation. The majority of Americans want the horrendous debt to stop and are willing to feel the pain and share in the belt tightening in order to save state after state. Cain is right when he says that this is the United States of America, not the United States of Europe. Fleebaggers need not apply. Governor Scott Walker is a patriot and a hero. He’s a man with great courage and the drive to do what is right. Our founders would have found him worthy.

I watched and followed the protests in Wisconsin this week and especially yesterday, longing to be there and join in the fight against the progressive left and the radicals who are tearing apart our great nation. My mind drifted to two men in the midst of what Cain termed, “Ground Zero for the Taking Back of Our Nation.” Jim Hoft of Gateway Pundit and Andrew Breitbart of Big Journalism, Big Government, Big Hollywood and on and on…

These two men are leaders of the Tea Party movement. Seldom in my lifetime have I seen more bravery than what they exhibit routinely. I have seen Breitbart interview, film and protest while being spit on, cursed and physically and verbally threatened. I have watched Hoft write even while in the hospital or down because of back surgery and despite the attacks, he has stood up to progressives who have denounced and derided him from every side. I have never seen either of these men flinch or back down. These are the kind of men that our children should look to as heroes.

I am sure that before each of them goes out on another protest or to defend America’s liberties, that they have a quiet talk with their families in case they don’t make it back. They know the threats they face. But in the face of it all, they march on. And march they have to Wisconsin where they join thousands of patriots who are fighting against a progressive horde that wants to bring Middle East riots and chaos to the streets of America. Looks like the Alamo moved to Wisconsin when I wasn’t looking – except this time it is a war of words and ideology, not of blood and sand. And let’s pray it never goes that far. As for Breibart and Hoft, they’ve drawn their line in the sand and are making their stand. God speed gentlemen and please know our thoughts and prayers are with you on the front lines. May we all have such courage and fortitude in the face of what is to come.

While Americans are being told that all is well and are being manipulated by the left: progressives, socialists, Marxists, communists and anarchists, we know in our gut that things are not okay. That we are close to a tipping point for our country and for our children’s future. SEIU has scheduled protests in multiple states over the next few days and Tea Party patriots are gathering and organizing to counter them. Obama has rallied Organizing for America to support the unions as well. 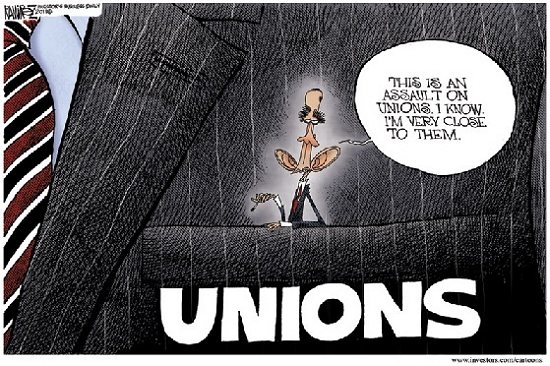 The world is literally on fire with protests and it looks like the U.S. is being manipulated into following suit by our radical-in-chief. In country after country, protesters are being killed, quieted, arrested or they simply disappear. It appears more and more each passing day that our own government is preparing for this as well. And with relish I might add.

The question in the end is what we stand for as a nation; what we value as Americans… Will you stand with the Tea Party and other American patriots as they put life and limb on the line to protect our freedoms? Or will we devolve into another revolution? Either way, in the end conservatives will win. Because when you come right down to it, we have the courage and the determination to win. We are non-violent and patriotic, but should the need arise, we will fight with everything in our heart and souls. God is on our side – the side of freedom, morality and conviction. This is a fight we will not lose regardless of the side our President stands on. We are at ground zero for the taking back of our nation….

Lying teachers may not be paid (Hat Tip: Larwyn)