Thought I should start some new series on New Zeal/NoisyRoom. 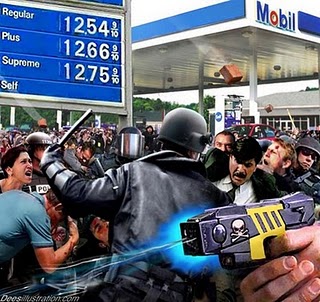 Courtesy of the Daily Beck.

While several unions and a multitude of Marxist groups are involved in the Wisconsin and other state capitol protests, the lead organization is undoubtedly America’s huge public sector union, the American Federation of State, County and Municipal Employees (AFSCME). 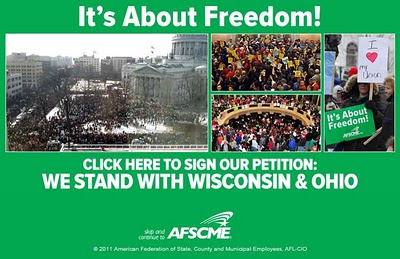 While ostensibly about preserving public sector union collective bargaining ‘rights,’ the protests are really a confrontation of values.

AFSCME is confronting several, mainly ‘Tea Party’ backed, state governors who want to roll back the power of the unions, in order to save their states from bankruptcy, strengthen the private sector and restore free enterprise and economic growth.

This essentially a battle between certain socialism and the possibility of freedom.

Am I exaggerating? Where is my proof that AFSCME has a socialist agenda?

The proof lies in AFCSME’s leadership – much of which is allied to the U.S.’ largest Marxist organization Democratic Socialists of America. 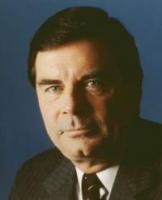 Gerald W. McEntee – long time AFCSME International President, was part of the movement which made D.S.A. member John Sweeney President of the AFL-CIO in 1995 – which marked the beginning of the socialist/communist re-conquest of the U.S. labor movement.

While not publicly known as a a D.S.A. member, McEntee was named as such in a 1999 email from then San Francisco DSAer Michael Pugliese:

BTW, for what it’s worth, McEntee is one of the DSA notables in the labor bureaucrat column. As is John Sweeney.

McEntee has been involved in several D.S.A. led organizations including Campaign for America’s Future and the Economic Policy Institute.

McEntee’s long time No. 2 man, former AFSCME Secretary/Treasurer William Lucy (retired 2010), was a confirmed D.S.A. membe with an affiliation to Communist Party USA creations such as the Coalition of Black Trade Unionists and the National Anti-Imperialist Conference in Solidarity With African Liberation. 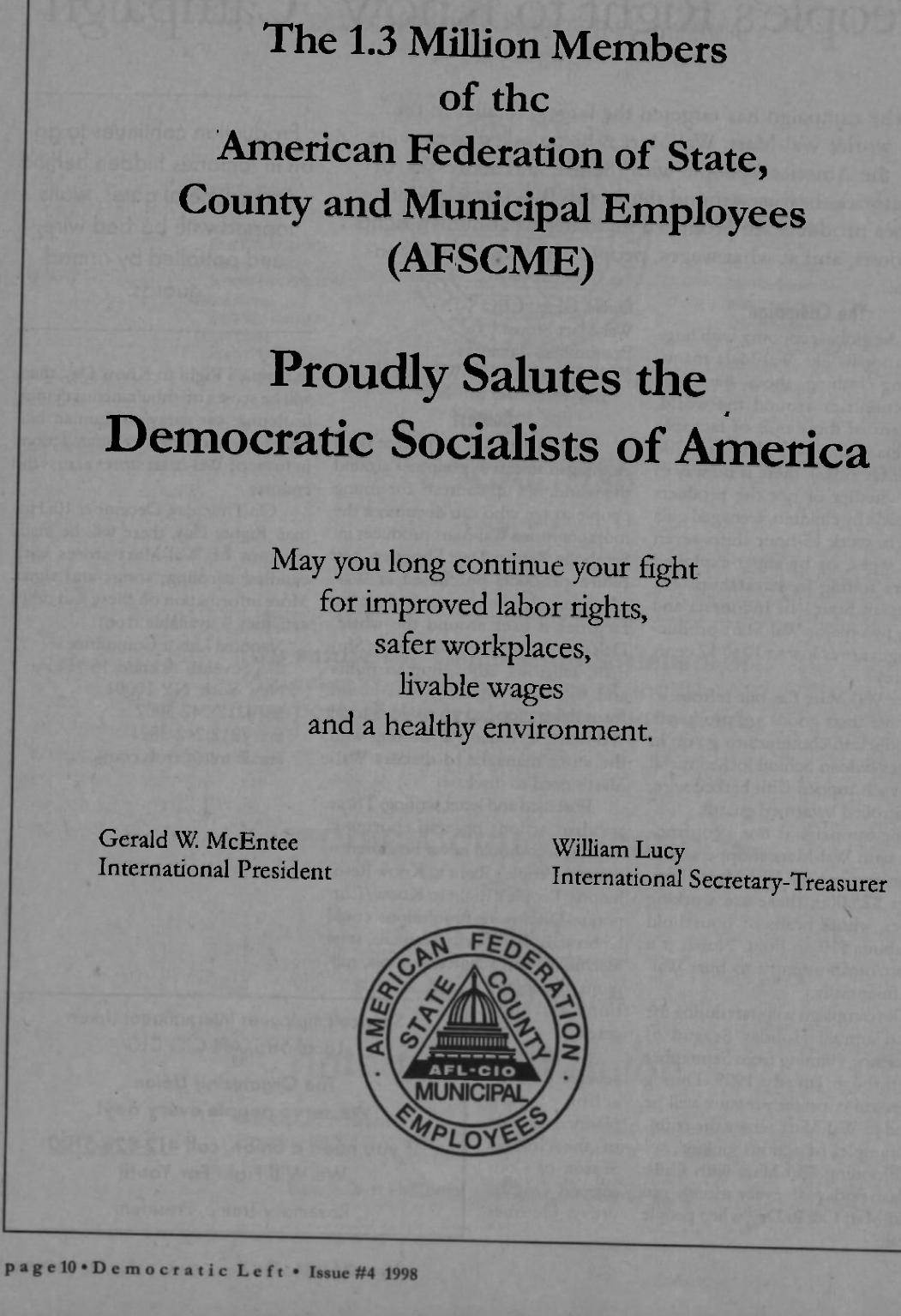 Saunders serves as a vice president of the AFL-CIO Executive Council, which guides the daily work of the labor federation. He is an at-large member of the Democratic National Committee, treasurer of the leftist Leadership Conference on Civil and Human Rights and a member of the Executive Committee of the Congressional Black Caucus Institute’s 21st Century Committee.

In addition, Saunders serves on the board of the George Soros funded Progressive States Network, which supports “progressive state legislators with research, policy, communication and strategic resources.”

Paul Booth – a real power in AFSCME, Booth serves as Executive Assistant to Gerald McEntee and is regarded by many as the ‘brains’ of the organization.

Booth is one of America’s key leftist activists. In the 1960s he was National Secretary of Students for a Democratic Society.

There is no doubt that D.S.A. sees labor ‘struggles’ in socialist terms.

What distinguishes socialists from other progressives is the theory of surplus value. According to Marx, the secret of surplus value is that workers are a source of more value than they receive in wages…

We can accomplish this by promoting full employment policies, passing local living wage laws, but most of all by increasing the union movement’s power…

That is the real issue here. AFSCME and their D.S.A. comrades understand that this is a ‘class’ battle, a ‘struggle’ to advance socialism. They understand that the winner of this battle gets to decide America’s future.

While very few of the firemen and teachers putting their bodies on the line for AFSCME would realize this, they are merely pawns in their leadership’s Marxist agenda.

The American Federation of State, County and Municipal Employees propaganda video on the Wisconsin protests.

Deluded, but they understand the stakes.

This lays it on the line.

NEW YORK TIMES: A 20-year-old Saudi student living in Texas has been arrested by federal agents and charged with planning to build bombs to carry out terrorist attacks inside the United States, the Justice Department announced on Thursday.

According to an affidavit filed by the Federal Bureau of Investigation, the man, Khalid Ali-M Aldawsari, indicated in online research and in a journal that he was considering attacking the Dallas home of former President George W. Bush, former soldiers stationed at the Abu Ghraib prison in Iraq, hydroelectric dams, nuclear power plants, and night clubs.

Mr. Aldawsari, a business major at South Plains College in Lubbock, Texas, was legally in the United States legally on a student visa. He came to the government’s attention on Feb. 1, when a North Carolina supply company reported that he had tried to order five liters of a chemical that can be used to make an explosive. . . . . Read More

Hat Tip: Brian B.
From: HotAirPundit