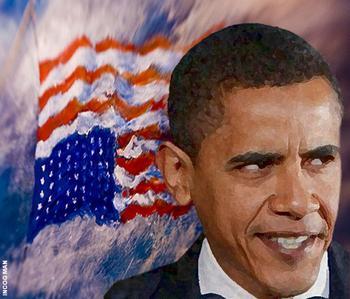 Have you ever watched “House,” the TV series about a team of brilliant doctors who take on the most perplexing, complex and life-threatening medical cases?

In every episode, the known symptoms of the patient are written on a white-board and the doctors need to determine the diagnosis/disease causing those symptoms so that they can administer the proper treatment. Based on the known symptoms, a diagnosis is determined and treatment ensues… but – for dramatic purposes – invariably the treatment brings on more problems for the patient. The doctors return to the drawing board with additional knowledge about the patient’s condition and, ultimately, they’re able to determine the cause and proper treatment to save the patient’s life.

“Problem Solving” is what the team of doctors do in each episode of “House.” They know that multiple components can, and most often do, relate. Looking at all of it together helps them define what’s really going on.

In fact, we employ this problem-solving strategy nearly everyday. Think of all the times you do this with your kids; piecing together related facts, issues and information to determine what’s really going on at school, with friends, when they’re sick, etc.

Perhaps we need a little more information about each of the above items because it appears our own President – our own government – has laid the groundwork to attack Americans now or in the future and that just can’t possibly be the case, right? Here are brief descriptions of each with links:

“A little noticed provision in the House Armed Services Committee’s National Defense Authorization Act would authorize the United States to use military force anywhere there are terrorism suspects, including within the U.S. itself, according to the American Civil Liberties Union.

Section 1034 was added to the bill [PDF] by the committee’s chairman, Rep. Buck McKeon (R-CA).

“Congress may soon vote on a new declaration of worldwide war without end, and without clear enemies,” the ACLU warned in a statement. “A ’sleeper provision’ deep inside defense bills pending before Congress could become the single biggest hand-over of unchecked war authority from Congress to the executive branch in modern American history.”…”

“President Obama placed our soldiers under UN NATO control for his war in Libya without consulting the United States Congress. Using our soldiers and our military assets according to what the “international community” global elites decide is clearly what Obama is interested in doing…

The “Responsibility to Protect” (R2P) doctrine employed by the UN and advanced by Obama is beyond dangerous. Within the globalist’s charter is the ability to deem civil rights violations an offense warranting military action against the offending country.

No U.S. President in their right mind would ever condone R2P because of the simple realization that, at any time, R2P could be used against America . Obama is well aware that America is hated by other countries and their intent is to destroy our free market system and our way of life; numerous videos provide irrefutable evidence of this, as well as Middle East countries calling for “Death to America !” What would stop the UN global elites from claiming U.S. violations to warrant international military action?…”

“Weighing all considerations, the researchers concluded that the best option would be a 6,000-person hybrid force headquartered in the U.S. Marshals Service. The personnel in reserve status could be employed in state and local police forces so they would be able to exercise police functions in a civilian population daily and could be called up as needed. The Marshals Service was deemed to have many of the requisite skills. However, its training and management capabilities would need to be expanded to take on this large mission, and it would have to recruit additional personnel as well. The annual cost, $637 million, is reasonable given the capability it buys. The cost savings in relieving military forces of these duties could be greater than required to create the SPF.

The Military Police option was attractive for a number of reasons, especially its capacity, training, and logistical capabilities, but its inability to engage in policing activities when not deployed was a major stumbling block. The Posse Comitatus Act precludes military personnel from exercising police functions in a civilian setting, and legislative relief might be difficult to get. Even if such relief were forthcoming, it is unclear where and how routine police skills might be honed.

Creation of a civilian SPF would not affect the roles that other elements of the U.S. government would play. Rather, it would complement other agencies such as the departments of Defense and State. But the SPF would provide a necessary capability, and the U.S. Army should support its creation.

“So, now a policeman can just enter your home for any reason or no reason at all and you cannot protest it? Legality be damned, you must submit? You are kidding right? And if you just happened to be shot by the officer who just committed an unlawful entry, no one can hold the officer liable I presume. You’ll still be dead of course. Oopsie… Or how about this: the ruling creates a reasonable expectation on the part of false flag home invaders that they will not receive resistance when they assert they are the police. Feel safer now?

Incompatible with modern Fourth Amendment jurisprudence? Excuse me, but the Constitution is not a “living, breathing document.” It says what it means and means what it says, just as the founding fathers intended – period. No judge or other person of authority has the right to interpret the Constitution in light of what they consider to be “modern” jurisprudence. And telling the victim of the illegal entry that they have plenty of opportunities to protest said illegal entry in the court system is not only arrogant and asinine, it borders on the judicial form of ‘let them eat cake.’

This not only is judicial activism at its horrific worst, it sets a really evil precedent for other states. Let’s look at the Fourth Amendment, shall we:

“The right of the people to be secure in their persons, houses, papers, and effects, against unreasonable searches and seizures, shall not be violated, and no Warrants shall issue, but upon probable cause, supported by Oath or affirmation, and particularly describing the place to be searched, and the persons or things to be seized.”…

“In her dissent, Justice Ruth Bader Ginsburg said she feared the ruling gave police an easy way to ignore 4th Amendment protections against unreasonable searches and seizures. She said the amendment’s “core requirement” is that officers have probable cause and a search warrant before they break into a house.

“How ‘secure’ do our homes remain if police, armed with no warrant, can pound on doors at will and …forcibly enter?” Ginsburg asked.

An expert on criminal searches said the decision would encourage the police to undertake “knock and talk” raids.

“I’m surprised the Supreme Court would condone this, that if the police hear suspicious noises inside, they can break in. I’m even more surprised that nearly all of them went along,” said John Wesley Hall, a criminal defense lawyer in Little Rock , Ark …”

An international police force is authorized to act within the U.S. and is no longer subject to 4th Amendment Search and Seizure.

Gives International Police privileges, exemptions and immunities on US soil.

Creation of a Commissioned Corps and Ready Reserve Corps is in the Healthcare Reform legislation.

On page 1,311 of the healthcare legislation a new army is created – a Commissioned Corps and Ready Reserve Corps.

If Obama, Soros and their comrades haven’t laid the groundwork to enable international and civilian forces to take action against Americans, then why have they put these legal instruments in place and recruited kids at public schools to build the ranks of Obama’s Civilian Force?

Does anyone have answers as to why these things have been put in place? Why they’re directed specifically at and against the American people? Where is the media!? Why isn’t Obama being held to account (i.e. impeached) for establishing a framework to conquer America whenever he may choose to do so?