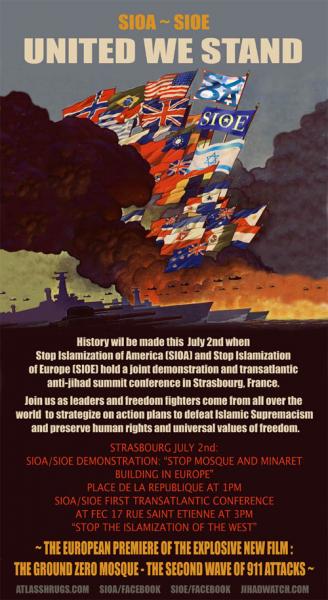 The EDL was founded by a group of working class lads from Luton and following their early efforts it has become a highly influential national organisation in England. The British establishment has been running around in circles trying to define it and worrying how it will affect its own plans for the country and the world. The main loser from the rise of the EDL will of course be the British labour movement that has already alienated its own working class support in favour of those that the Labour Government imported into Britain from the Third World as its new political support base. How loyal these new voters will be to the Labour Party cause remains to be seen. In any case, the English working class will be slow to forgive the Labour Party that tried to make it irrelevant.

One of the main pillars of the Labour Movement, the unions, appears to have favoured mass immigration over the interest of the working class members who pay their subs and therefore the wages of the middle class elite that now run the unions. The mechanisms of the supply and demad for labour that has resulted have really dropped the working class in it! The union’s continued support for anti EDL counterdemonstrations illustrates this perfectly. It also shows how the unions support for unrestricted mass immigration is a deliberate effort on their part to abandon their own core support base. The causes that organisations like UAF represent are effectively the causes of the middle classes and those who have too much time on their hands. Many well off people like to experiment with communism, but in reality that is more about them then any real concern for working people or the poverty and lack of influence they have to endure. Perhaps union members would be better off making new arrangements rather than passing good money after bad to those who are undermining rather than representing their interests. Unions should be concerning themselves more with the needs of their members and less with the pet global projects of the international socialist movement that does not care one jot for the average English worker.

An article about the EDL and the working class has recently been published on the EDL website and this outlines how the EDL itself rather than the Labour Party or the labour movement and its unions is now the sole representative of true working class interests in England. It suggests that those who now run the labour movement are effectively members of the middle class who landed a cushy job after leaving university. The EDL, by contrast, is run by real working people, who love their country, and are willing to stand up for the interests of working people whatever the personal cost may be. How many politicians or union big-wigs are willing to accept the privations that Tommy Robinson has to put up with? To them it is just a job, to Tommy and people like him it is a calling. Who would you trust, someone who is paid to do a job or someone who does it because they believe in it?

Anyway, working people should treat the labour movement in Britain with suspicion and caution. Could it be that it has been subverted by the very forces that it was set up to counter. People will have to make up their own minds, but the elite are clever and are always on the lookout for ways to line their own pockets by getting people to work for less.

So typically anti-Israel… And a nut. How do these people get elected? Lynn Woolsey is a progressive Marxist and needs to go.

Congressman Darrell Issa (R-CA) questioned Attorney General Eric Holder on what he knew and when he knew it, regarding Operation Fast and Furious and Project GunRunner. In the video you will see Holder stutter, and stutter again, and again, and then claim he can’t hear/understand the question. Can’t wait for body language guru Tonya Reiman to analyze this one, but then it really doesn’t need analyzation. But the big news is that Issar told a CNS new reporter that he believes there is a DOJ coverup and he believes Holder knew much earlier than he testified to. See the video and Holder balk at about 1min-04 secs-in. 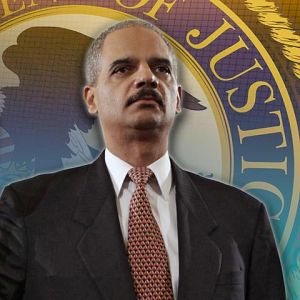 Issa pointed to two things he says indicates a Justice Department cover up. First, he cites a letter that Assistant Attorney General Ronald Weich, head of the Justice Department’s office of legislative affairs, sent to Sen. Charles Grassley (R-Iowa), the ranking member of the Senate Judiciary Committee on Feb. 4, 2011. Issa characterizes that letter as a “lie.”

Secondly, Issa says the Justice Department made excessive and unjustifiable redactions in documents it provided to his committee.

Additionally, Issa says he does not believe Attorney General Eric Holder testified accurately in the Judiciary Committee on May 3, when he told Issa (who also serves on that committee) that he had only learned of the gun-running operation—called “Operation Fast and Furious”–a few weeks before that.

Note: at 1min-58 secs-in, you hear Issa interviewing with the CNS reporter, and you hear that Issa believes there is a coverup. See links below the video for background on this lethal government program.

Thanks to Terresa Monroe at Noisy Room via Gateway Pundit. Read some energized commentary at TexasFred.

Issa to hold BATF in Contempt

Michele Bachmann is not evil and crazy. Rolling Stone should look in the mirror when they come down off their latest induced drug high and back away from their liquor selection of the day. Bachmann is a patriot and has a real chance of winning – and hello… Believing in G-d makes you religious… Believing in hedonistic self-love (which Rolling Stone is notorious for) is evil.