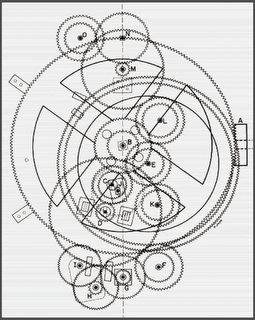 Stealing a line from the hit show, South Pacific, seemed like an appropriate way to start today’s article. Far from home in the middle of the war thousands of men reminded of the fact…

But that’s not what the article is about; sorry to have led you down the garden path. This past weekend the Greater Houston Locksmith Association (GHLA) had Harry Sher down to teach an eight hour DAME class. DAME is the acronym for Defense Against Methods of Entry. The class covered areas of the industry which I seldom if ever venture into, my being an automotive specialist. I needed eight more hours before the end of August to keep my locksmith license up to date; don’t get me started on mandated continuing education.

Harry Sher’s been a locksmith since the 50’s and has forgotten more about locks than I’ll ever know; not that he’s forgotten much. His presentation was fast moving as he showed us how to defeat one lock system after another using sophisticated audio visual tools which were all linked to his laptop computer. Some of the tools looked like they’d fit in a James Bond movie, real: “Holy Crap! You mean someone actually makes a tool that can do that?,” kind of stuff.

At the halfway mark, when it was time to go for lunch, Harry wanted to make sure the building would be locked up; all that fancy equipment being left with nobody to watch over it. I turned to the locksmith sitting next to me and laughed out loud, “Yea, like that’s gonna’ stop anyone;” having observed Harry defeat every lock on display.

Here’s the message, don’t bother locking your door, file cabinet, safe deposit box or safe. If Harry wants in they won’t do any good. I watched him defeat a UL listed lock in 20 seconds; UL listing means it’s supposed to resist picking or manipulation for at least 15 minutes. As for the rest of us, regular everyday locksmiths it might take “a while” longer; but there isn’t a lock made that can’t be defeated.

Rest easy, the average thief hasn’t got the smarts to use the techniques Harry Sher referenced in his DAME class; for that matter, very few locksmiths could claim to be as proficient.