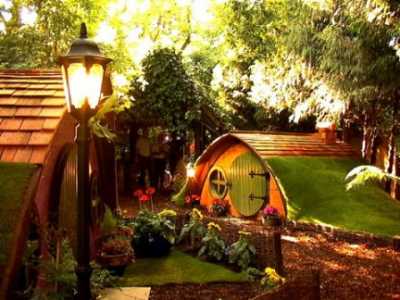 Anyone out there think John McCain is a strange, nasty little old man? I absolutely HATED casting my vote for him in 2008, but I HATED voting for Obama more, so what choice was left for me? For all of us? We clothes pinned our noses to hold back the stench, and did what we had to do, mostly for the love of Sarah.

I didn’t like this gnarled gnome of a human from the get-go, (“my friend…”) and saw him as an opportunist who used his military POW record as a ticket to ride. I mean, please… Have you ever read about his many military fuster clucks?

His comment yesterday about Americans like you and me who believe in the Constitution (which he has shat upon), limited government, fiscal responsibility and a balanced budget, shows that the depth of his disdain for us is about equal to the disdain I feel for him. Little man. Nasty little man who has been corrupted by the ring of power.

Today our friend Dave from Dallas wrote his thoughts about it, and I’m dropping them in here. Astute observation, Big Dave.

His reading of the WSJ bit about hobbits INFURIATED me… but it is a marvelous illustration of the contempt that the ruling class bears for the country class, the tea party.

And it reminded me of the King’s speech.. “the day may come when the courage of men fails… but it is not THIS day! This day we FIGHT! I bid you, STAND, men of the west!”

The west. Western society, philosophy… placing the individual above government, allowing man to fully flesh out his existence on every level instead of being a toiling subject or a nameless soldier flung into bloody battle in some war of personal vengeance for the dictator.

Hugh Hewitt uses that “men of the west” soundbyte on his radio show intro sometimes… Hewitt is a fine defender of “the west”. McCain is more like the Christopher Lee, “Scaramanga” from the Bond movie character. The veneer of “good guy” is peeling off of him.

Guys like McCain actually believe they stand for the progress of the Western ethos. In reality they stand for regress, into faux aristocracy that eventually becomes the real thing. Every system is vulnerable to this regress. Even communism, which purports to be the achievement of absolute equality for every citizen, very quickly becomes a towering murderous dictatorship in which all are equal only in their miserable “lesser-ness” to the leader and his nomenklatura, his cohorts. “Some are more equal than others”, wisecracked Orwell. In our own republic the elitists like McCain seem to dream of such an outcome for themselves. They believe that winning elections confers upon them some special status, “born to rule” or some such, and yet when tea party candidates win elections they are unwelcome boors, intruders who know nothing.

Because they threaten the elitist status quo. McCain is more equal than I am.

McCain’s little rant shows how near we are to losing our republic and our freedom, because even Republicans are working to achieve just that.
I bid you, STAND… men of the west! 🙂