Just as its KGB controlled forebears did in the Cold War, Kremlin propaganda channel Russia Today stokes class hatred and revolutionary ferment inside “The main enemy,” the USA.

As Americans continue to lose their jobs and homes to the socialist economic policies coming out of Washington, Russia Today and other pro-communist media outlets will do their best to encourage violence and anarchy on the streets of New York, Los Angeles, Boston, Chicago…….

They want to see an “American Spring” overturn what’s left of American capitalism. The American education system has given the Russians and their American Marxist allies hundreds of thousands of ‘useful idiots’ prepared to tear down their own country. 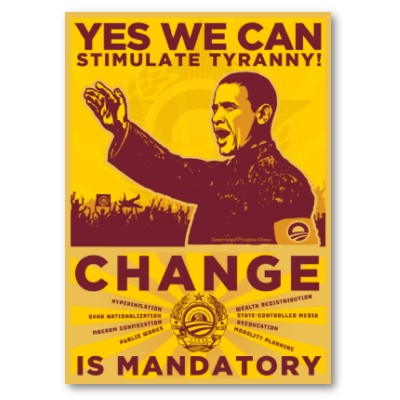 For over a year, I have been saying that it is my belief that if Obama feels he cannot win reelection, that there is a strong possibility of a declared emergency and election suspensions. Cue the rolling of the eyes and the statements of, “There she goes again.” Well, it would appear I am not alone in my assessment.

The fool proof way for Barack Obama to guarantee his re-election would be to suspend the 2012 election.

Thanks to North Carolina Governor Bev Perdue, suspending elections is an idea whose time has come.

Perdue’s proposal dropped like the proverbial bombshell at a Rotary Club event was offered as a means for politicians to gain time to tackle crippling unemployment and a stagnant economy.

Was Perdue stretching for Rotarian attention or advancing an idea already on Obama’s agenda?

I don’t believe Perdue is crazy or that she was being funny. I believe it was a ‘test’ to see how her suggestion would be received:

One other little side note, Bev Perdue also belongs to the Council of Governors that Obama put together. I warned about this council from the beginning and I do not believe it was an accident that this suggestion came from one of it’s members.

Perdue, speaking on the economy, turned more than a few heads with her remarks:

Perdue was not alone last week as I heard at least one other prominent Democrat mention ‘too much Democracy’ and maybe elections should be suspended. ABC News had the gall to write an article entitled: Too Much Democracy? A Modest Proposal From N.C. Gov. Bev Perdue. A modest proposal indeed… Lacking the courage to frame the issue with the irony it deserves, ABC News has written an article titled after Jonathan Swift’s heavily ironic work by the same name, but without the incisive wit and biting insight Swift demonstrated in penning his piece. The Democrat Party and this administration are demonstrating that they have more and more in common with Josef Stalin, Mao Tse Tung, Adolf Hitler and Benito Mussolini, than they do with the American people. Using class warfare and the ‘eat the rich’ mentality, they are probing every fascist boundary they can find to see what will give in their favor. Hear it yourself from Roseanne Barr as she intones, ‘Off with their heads!’:

This type of violent, hateful rhetoric should not be laughed off as Barr’s attempt at humor. Notice she is on Russia Today and her interviewer claims to have been calling for the guillotine for over a year. I believe the Progressives mean every word they say. Barr is obviously a communist who wants big government to totally control people for their own good. Russia Today is the modern propaganda arm of the Soviet Union. Do I really have to spell this out for every one?

Rush Limbaugh also sees this as a very real possibility:

Glenn Beck and many other pundits have also echoed this concern. All it would take is one emergency, real or a false flag event, to enable this president to declare martial law and suspend elections. He’s already stomped all over the Constitution with his executive orders, czars and super committees. Do you really think he won’t take that ‘next’ step? With the ‘Occupy Wall Street’ protests gaining strength and spreading, they could very well be the excuse he is looking for. This week’s events were the perfect test drive for tyranny and the road leads right over a Constitutional cliff.

Herman Cain Wins NFRW Straw Poll In KC With 48.9% of the Votes – That Makes Three in a Row

Cliff Kincaid covers several subjects including the October 27 America’s Survival Conference in Washington DC, at which yours truly will be speaking.

The brains are certainly not found on the streets as you will see from Jesse Watters’ brilliant interviews. But after getting some choice quotes from the anti-capitalist crowd, Watters did some digging and discovered a familiar name supporting the demonstrations.

An old friend of mine, Dan Starr, is retiring from the Houston Police Department next month and I was invited to the party. I can’t go because of a schedule conflict and so I’ll do my best to recall a couple of events we went through when he was a probationary officer.

One time, we’d arrested a real winner of a young woman. She tried kicking out the windows of our patrol car; can’t remember if she succeeded off hand. I think she did, but that’s not why I recall the incident. Dan was standing off to the side while the young woman was being ugly and the next thing you know she’d spit all over him. He looked at me as if I was supposed to give the nod to inflict serious bodily harm, but I explained to him the rule. Not the one which prevents officers from knocking suspects silly; the other rule… Don’t stand where you can get spit on so easily.

Originally, there was a homicide investigation dispatched to another unit. If memory serves, it was Officer Shaw and his partner. I had probationary officer, Dan Starr, with me and as part of his training he needed first hand experience working a homicide. So I picked up the mike and volunteered our unit to be primary.

Upon arrival, standard police talk, we observed one “suspect” trying to lift the huge refrigerated soda machine off of “suspect #2,” who was bent into thirds and “appeared” to be DOA. I don’t think there’s a delicate way of saying it, he was flat as a pancake and no way was he going to be listed as anything other than DOA. The fire department emergency crew and another couple of HPD officers helped us pick the Dr. Pepper machine off the young man, all the while, serious grown professionals were dropping one liners, “Be a Pepper,” “Maybe he wanted an Orange Crush” and other insensitive remarks.

We had to take the “suspect/witness” down to Juvenile Division where he was to make his official statement. Something along the lines, “We were just minding our business, walking down the sidewalk and this soda machine fell over on him.” Never mind that our “suspect/witness” had been sitting on top of the Dr. Pepper machine rocking it back and forth trying to dislodge the money box inside while his partner in crime was bent down with his arm up inside the machine trying to get the money box loose as well. That’s when the “law,” meaning the law of gravity, took hold of one of the suspects and pronounced him guilty on the spot.

While standing in the Juvenile Division, the young man put his arm to the square as he swore to the truthfulness of his written statement. I grabbed Dan Starr by the arm and had him step back a few paces to avoid any lightning bolts that might come through the ceiling tiles striking the little liar dead.

Officer Starr, here’s to a wonderful retirement and may you have the righteous desires of your heart. I wish I could attend the informal gathering to honor your service; but, duty calls.

Read more at The Telegraph…

Days of Rage, Hours of Opportunism

Economic protesters take to the streets in L.A.