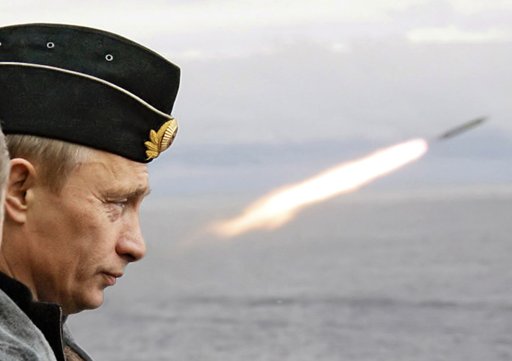 BARACK OBAMA, PRESIDENT OF THE UNITED STATES: This is my last election. And after my election, I have more flexibility.

DMITRY MEDVEDEV, RUSSIAN PRESIDENT: I understand you. I transmit this information to Vladimir…

This is the most important election of our lifetime – hands down. As our enemies from within and without gather to finish gutting the US military and our ability to protect the last, best hope in the free world, everything rides on the Mormon, Mitt Romney, or the Marxist, Barack Obama. My vote is for the Mormon who has morals, ethics and the business and foreign affairs experience to begin to right our adrift American Titanic and keep her from sinking. Even then, it’s going to be a rough ride, but at least we have a chance of surviving as the country we know and love.

This past week, researcher and author, Trevor Loudon, made an impassioned plea for Americans to look at what is really going on. To face the fact that China has just recently made an offer to the Australians that they are not supposed to refuse. The offer is simple… Choose. Choose between the declining, weakened power of the US or choose the rising red tide of China. China is threatening to become the world’s leading economic and military power. They are heavily training their military on the Fiji Islands off of New Zealand. They are preparing for war and conquest.

Right now at the bottom of the South Pacific, a lot of people email me and they say, look, if Obama gets back in again, can we come and live in New Zealand? And I say, look, it’s a wonderful country, you’ll enjoy it, but really there is no where to run now. Just 1500 miles to the north of my country lie the beautiful Fijian Islands – great tourist destination, but they now have a Marxist government. The Chinese are training the Fijian military, building big hydro-electric dams on the islands. Fiji is basically now a Chinese client state.

Just a few months ago the Australian Minister Defense was up in China and a top Chinese official embarrassed him publicly. He said now is the time for Australia to choose. Do you stay under American protection or do you come under Chinese protection? And that is the kind of offer, the kind of protection that Tony Soprano would offer you. AND this would not have happened under Reagan, Bush or even Clinton.

One of the more startling pronouncements in this vein occurred last week when Song Xiaojun, a former senior officer of the People’s Liberation Army, warned that Australia cannot juggle its relationships with the United States and China indefinitely and “Australia has to find a godfather sooner or later. Australia always has to depend on somebody else, whether it is to be the ‘son’ of the US or ‘son’ of China. (It) depends on who is more powerful, and based on the strategic environment.” Noting the rising importance of China as an export market Song added that Australia depended on exporting iron ore to China “to feed itself,” but “Frankly, it has not done well politically.”

What is also notable about Song’s remarks is that they coincided with Australian Foreign Minister Bob Carr’s first official visit to China, where Foreign Minister Yang Jiechi urged Australia to dismiss its alliance with the United States, a decades-old bipartisan and central pillar of the nation’s foreign policy, as “the time for Cold War alliances has passed.”

Russia held exercises last Friday, testing their nuclear arsenal for the first time since the end of the Soviet Union (which never really ended – it was only mostly dead and playing possum). Shift uniforms, scream Capitalism and shuffle the players – now done in reverse.

Iran is within weeks of having nuclear weapons and is already poking the badger of Israel, sending drones into their airspace. They want to control the Middle East and stand a good chance of doing so with a little help from the Muslim Brotherhood and Russia. In the meanwhile, they will further World War III and nuke Israel if they get an opening. Bring on the apocalypse.

Despots of a feather always flock together… It would seem that Obama’s biggest foreign fans are murdering asshats. So it is no surprise that Chavez, Castro and Putin have all endorsed Barack Obama. Why not? Better to gut the US military once and for all and then take America down for the count. Castro may be on his deathbed, but there are plenty to take his place. Chavez is busy helping Assad slaughter Syrians, which is in reality, helping Iran. And Putin is behind most of it, waiting in the wings to pick up the pieces. For dictators, it is indeed good times.

Obama was brought up by radicals and Communists. He was mentored by Communists. He has filled his positions of power and influence with Communists and radicals – many among them are with the Muslim Brotherhood. As his Secretary of Defense, he chose Leon Panetta who has many Communist ties and has always stated his primary purpose was to gut our military – exactly what the Communists in Russia have wanted forever and have financed in this country through Communistic peace front groups. If Obama gets four more years, our military, which has already been hugely reduced, will be neutered once and for all and when we are at our weakest, our enemies will descend. How do I know this? It is what I would do. I would weaken my opponent as much as I could and then go for the kill – it is Military Strategy for Dummies.

Not to vote, is to vote for Barack Obama and the end of America as we know her. It will be the final nail in our red, white and blue coffin. So, we must all vote and get everyone we know to vote for Romney – vote as if our lives and our children’s lives depend on it, because they do. I truly hope that Romney cleans Obama’s clock in the final debate on foreign policy and I am sure he will. Then on November 6th, 2012, God willing, let there be a landslide victory for Mitt Romney. Barack Obama is a red and present danger and must be defeated in November.

24 thoughts on “A Red and Present Danger”