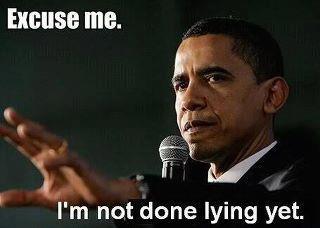 When it comes to smoke and mirrors the Obama administration takes the word ‘transparent’ to levels never dreamed of. Take for instance the most recent disclosure as found in Stephen Braun’s AP article: “US government releases once-secret Watergate files.”

“The government released more than 850 pages from the Watergate political scandal, providing new insights on privileged legal conversations and prison evaluations of several of the burglars in the case. A federal judge had decided earlier this month to unseal some material, but other records still remain off limits.”

Richard Nixon became the poster boy for American’s hatred for dishonesty in government, “I am not a crook;” but that poster has also served as a shield for those who’ve followed, as long as they were Democrats. Politics isn’t fair, now is it!

Nixon left the presidency, not because he had folks break into the offices at the Watergate hotel, but because he lied about his knowledge of the incident. The presidency is about a man’s character, but only if you have the (R) as your political affiliation, or so it seems.

Bill Clinton wasn’t a liar when he said he didn’t have sex with that woman; he needed to define the word “is,” a simple matter of defining a sexual act rather than lying to the public. Clinton wasn’t forced out of office because the media was willing to give Clinton a free pass.

Barrack Obama, on the other hand, has more baggage handlers than Delta Airlines; stuffing things like Fast and Furious into one corner only to be followed closely with the Benghazi mess. The Obama administration refuses to cooperate with Congress or the American public on releasing pertinent information, information which would likely prove involvement in these activities went all the way to the Oval Office; but the press is willing to give Obama a free pass.

Getting back to the recent release of Watergate papers, why bother to bring up an unsavory incident which happened forty years ago?

“The files do not appear to provide any significant new revelations in the 40-year-old case that led to the resignation of President Richard Nixon and criminal prosecutions of many of his top White House and political aides. But the files provide useful context for historians, revealing behind-the-scenes deliberations by Sirica, the U.S. District Court judge in charge of the case, along with prosecutors and defense lawyers.”

Releasing information about former President Nixon takes the American public’s attention away from Obama’s lies involving his knowledge of Fast and Furious which are directly or indirectly linked to the deaths of at least 2 Americans and perhaps as many as 200 Mexican nationals.

Releasing information on Nixon lets Obama slide for lying about his knowledge on what really happened in Benghazi; the fact that he probably watched a live video feed of 4 Americans being slaughtered at the hands of Islamic terrorists and did nothing. Obama’s lack of character isn’t being questioned by the news media because he’s been given yet another free pass.

Obama has been blaming former President Bush for all the problems with today’s economy and getting away with it, at least among the ignorant useful idiots who put him back in the Oval Office. Isn’t it just as convenient to let the public re-examine their loathing for Nixon instead of finding out what a liar and a crook Obama is?