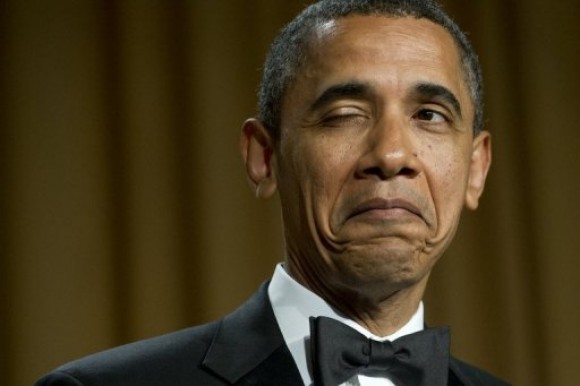 The Obama Administration may be pro-United Nations in its general approach to foreign policy, but on the matter of illegal drugs, we may be seeing a retreat from global drug control. It is a major story that is starting to get some attention from a key component of Barack Obama’s political base—potheads. They fear that Obama may stay committed to various U.N. drug control treaties.

If Obama backs away from global drug control, in violation of these U.N. treaties, legalization of marijuana and other drugs could be an inevitable consequence on a national and international basis.

Obama, as The New York Times reports, is in a tight spot. Federal legal action against Colorado and Washington because of voter-approved initiatives to legalize the recreational use of marijuana in those states “would raise political complications for President Obama because marijuana legalization is popular among liberal Democrats who just turned out to re-elect him,” the paper notes. Drug legalization is also popular with hedge fund billionaire George Soros, one of the main funders of the pro-marijuana movement who also financed various Super PACs that worked for Obama’s reelection.

Far-left websites such as Salon are trying to pressure Obama to leave Colorado and Washington alone by running articles with such ludicrous headlines as “Legal marijuana is good for kids” and “Could pot stop breast cancer?”

In fact, many studies link marijuana to mental illness. Salon itself acknowledges this danger, noting in one small article that “the drug’s potential to induce psychosis is considered a greater public health concern now that the drug is legal for recreational use in Washington and Colorado, and for medical use in a growing number of states.”

Libertarian groups such as the Cato Institute and the Independent Institute are also arguing for Obama to abandon the war on drugs. But there is a problem: “Marijuana use in both states continues to be illegal under the federal Controlled Substances Act,” The New York Times story said. This is true. But there is another problem for the drug legalizers: keeping marijuana and other drugs illegal is a U.S. treaty obligation.

As noted by retired Ambassador Melvyn Levitsky and Calvina Fay, Executive Director of the Drug Free America Foundation, the 1961 International Convention on Narcotic Drugs outlaws marijuana and other drugs. It is supported by two other treaties—the 1971 Convention on Psychotropic Drugs and the 1988 Anti-Trafficking Convention. “The U.S. was a prime mover of these multilateral treaties and largely responsible for their signature and ratification by virtually every country in the world,” they point out.

Levitsky, a former member of the International Narcotics Control Board, is a professor at the University of Michigan’s Gerald R. Ford School of Public Policy.

In an interview with Accuracy in Media, Asa Hutchinson, former administrator of the Drug Enforcement Administration, reiterated that the U.S. was the “driving force” behind international standards for drug control through treaty law. The issue, he said, is whether the U.S is now going to “retreat globally.”

Actions by states may not themselves actually constitute a treaty violation, he said. “But if the federal government does not maintain an approach consistent with our treaty obligations, then it becomes a treaty violation,” he added. This, then, could lead to the “unraveling” of the international obligations as other countries following the U.S. lead might also back away from enforcing the treaties.

Raymond Yans, President of the International Narcotics Control Board (INCB), says the Obama Administration must “resolve the contradiction between the federal and state levels in the implementation of that country’s obligations under the drug control conventions.” He went on to request the Government of the United States “to take the necessary measures to ensure full compliance with the international drug control treaties within the entire territory of the United States, in order to protect the health and well-being of its citizens.”

“We don’t know what the Obama Administration is going to say,” noted Hutchinson. In the past, however, at the Summit of the Americas in Colombia, Obama had said, “I personally, and my administration’s position, is that legalization is not the answer.”

“It’s a federal-state issue right now,” Hutchinson said. “The Justice Department has to address it.”

When the Obama Administration objected to a states’ rights approach on immigration, he noted, the state of Arizona was taken to court by the Justice Department and sued for allegedly going beyond federal law. Logically, Colorado and Washington should now be taken to court, he said. But the politics of the matter, in the sense that some members of Obama’s base are dope-smokers and some financial backers of his campaign were drug legalizers, could “get in the way of consistent legal policy,” he added.

Hutchinson said the movement to legalize drugs has been successful because of Soros and other billionaires (such as Peter Lewis of Progressive Insurance), who have put significant resources into the campaigns. Their first step, he noted, was to claim “medical” uses for the drug, and get it accepted on that basis.

“They have had a very sophisticated strategy,” he said, which was developed over the course of decades. “They have taken advantage of the medical marijuana aspect of the debate to open the door for broader legalization.”

Hutchinson is among the nine former heads of the DEA who urged Attorney General Eric Holder in a letter to take a stand against legalization of marijuana by the states. “To my knowledge,” he said, “we have not received a response.”

Hutchinson is scheduled to talk about this problem on Wednesday, December 12, at the Cato Institute, a libertarian think tank where a “research fellow” by the name of Will Wilkinson had declared, “I smoke marijuana, and I like it.”

John A. Allison, retired chairman & CEO of BB&T, is the new president and CEO of the Cato Institute and reportedly wants the think tank to avoid the pro-marijuana and pro-homosexual rights cheerleading that occurred under his predecessor, Edward Crane.

In addition to the outstanding legal issues, Levitsky and Fay point out the potential consequences of legalization include “increases in drugged driving, domestic violence and marijuana use by youth and an infestation of ‘drug tourism.’”

They added, “Since marijuana use has been linked to mental illness and also interferes with the cognitive development in adolescents, these could become bigger problems.”

They added that “Marijuana use has had significant impacts on school scores and drop-out rates, accident and vehicle fatality rates, employee productivity, healthcare and treatment costs. In fact, more young people are in treatment for marijuana use than any other drug. As for the popular myth that legalizing marijuana will cut crime, it’s just that—a myth. In fact, legalization will make those under the age of 21 even more of a target and a potential illegal market for drug gangs and street pushers. By legalizing and normalizing pot use, we can expect these problems to worsen.”