France’s Socialist President, Francois Hollande, had his hat handed to him when France’s highest court revoked his 75% tax on the rich, saying that “it’s unfair.” The court took issue with the way it discriminated between households of one versus two earners.

France’s budget deficit is approximately 85 billion euro and the tax would have brought in only about 200 million euro… a tiny drop in a very large bucket. But as we know, bloated Socialist governments know no bounds when it comes to satisfying their insatiable greed and intense desire to enslave the people.

Unemployment in France has risen for 19 straight months and embattled President Hollande’s popularity continues its downward spiral. Why? The people are feeling the effects of his Socialist policies.

France’s continuous rise in unemployment was predictable; the laws of economics are well-known.

Socialist thinkers, however, do not have the mental ability to understand economics. They are takers and all they understand is greed and power. Take from those who have until they have no more. That’s it.

With Socialism, the goal is always to impoverish the people and place all the wealth in the hands of the rulers – the government – the elites. Destruction of the “middle class” is essential for Socialism to flourish.

Isn’t it ironic that Hollande’s “tax the rich” campaign platform was enough to get him elected, but now the people are feeling the effects and they are unhappy. France, like America, obviously doesn’t teach economics in public/government schools.

Just as France’s “tax the rich” scheme has caused sustained job losses among the people, the same has played out in other Socialist countries like Italy, Greece and Britain.

While more people are plunged into poverty, the bloated, life-sucking thieves in government live in the lap of luxury and enrich themselves and their pals by taking more and more from the people.

This is playing out in America as well.

Taking from the “rich” enables governments to slide the scale downward. Today, $250,000 is considered rich (try living in New York or California on that) and tomorrow, $150,000 will be. The scale will continue downward until YOU are considered rich.

That’s right… they’re coming after YOU, as all Socialist governments do. After all, you didn’t build that. It belongs to the government and their objective is to take it from you.

Meanwhile, the people who inexplicably and mistakenly think that taxing the rich gives more to ‘the people,’ refuse to actually look at the increased poverty it brings. As they regurgitate the catchy phrases the media and politicians feed them about ‘leveling the playing field’ and ‘fairness,’ they won’t even look at where people’s hard-earned money is really going. Instead, like mindless minions, they want more taken from them – the people – to feed the government Leviathan.

The government itself and everything they spend money on comes from us, the 53% of Americans who pay taxes. The mindless minions who regurgitate the “tax the rich” mantra need to explain how items such as these benefit the people:

You can find your own examples of outrageous government spending that does nothing to help us, the people. There are plenty to choose from.

For the four items delineated above, there’s about half a trillion dollars alone. How do any of these things help the people? Since Obamacare is included, some readers might be stuck on that one. Let’s explain.

One may think Obamacare helps the people, but they fail to understand that it will hurt everyone; especially low-income families and seniors.

If the complaint before Obamacare was the high cost of healthcare, the cost has now increased tremendously, so how does that help anyone? Have your premiums increased? Is your old plan no longer available?

Did you know that low-income families used to receive free medical care at any hospital they chose to go to? As mandated by the government long ago, no one could be turned away. Now these families will be pursued by government and required to pay for health coverage. What do you think all the extra IRS employees are for?

As for seniors, ‘take a pill’ as Obama famously said. $1.1 trillion is being stolen from Medicare – which all taxpayers pay into – to feed the Obamacare government beast. Even a fifth grader can figure out that this will greatly diminish care for our seniors. Why else do they need the ‘end of life’ counseling every year and why is there now a committee of 15 unelected government bureaucrats who decide what care people will and won’t receive?

Educate yourself on the “Complete Lives” system. It’s all there.

Why do you think foreign leaders and people with financial means have come to America for serious treatment? In a few short years, there will be no where for them, or us, to go.

Again, the objective of Socialism is to take from the people to redistribute to themselves and increase their power over the people. Taking over our healthcare system increases the number of people they can take from and have power over; it was never about giving “healthcare for all.” It’s about forcing everyone but themselves to pony up for coverage. But I digress…

Greed and power are must-haves among Socialist rulers/elites. France’s President Hollande is one example among many.

Regarding the mindless “tax the rich” minions, they clearly have not thought it through, they have not educated themselves, they know little about history and they cast their votes for these oppressors. All the while, they unwittingly call for these elites to be further enriched off the backs of the people.

Will these mindless minions think it through before it’s at their doorstep and they are added to the ranks of the poor? Doubt it. 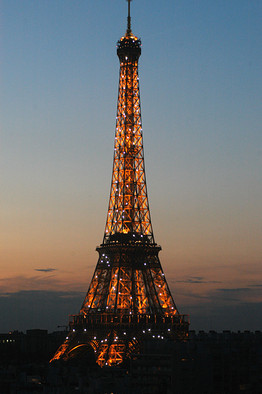