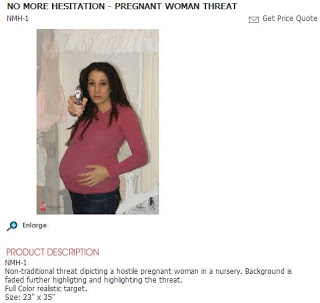 At what point do you come to the realization that perhaps a society isn’t worth saving? That’s an interesting thought to enter your mind at four in the morning.

I’m not saying we should bring down the flood waters and wipe out the human race or anything quite so radical; just wondering how depraved our thoughts have become in the land of the free and the home of the brave.

A couple of recent news items spurred the idea, when is a society not worth saving?

An article on Infowars.com by Paul Joseph Watson brought up a rather unsettling issue; there’s a company producing and selling targets for law enforcement use, or, I suppose, anyone else, depicting what they call “non traditional threats.”

Why are top training target suppliers for the government supplying the likes of the DHS with “non-traditional threat” targets of children, pregnant women, mothers in playgrounds and elderly American gun owners unless there is a demand for such items?”

Let that settle in for a moment; what kind of sick mind comes up with a product like that? Maybe it’s the natural progression, a downward spiral of perversion, the result of years of video games depicting human forms being destroyed by a variety of weapons.

Law enforcement officers train for the ‘what if scenarios’; robbers, burglars or just ‘bad guys’ in general. While it is possible to run up against other situations where extreme violence must be confronted, why train police officers or DHS goons, (is that a derogatory assessment?) to shoot a pregnant lady holding a gun, an old man with a shotgun inside his house or a young mother on a playground? What does it say about the mindset of an entire police department that trains for such an event… trains for it as if it were a common every day event rather than the exception which might happen once in a ‘blue moon’.

There’s something wrong, seriously wrong here. If we start to desensitize law enforcement officers, have them disregard humanity, to feel nothing’s wrong in shooting a pregnant lady or an old man with a shotgun inside his own home… then what kind of society have we become? How will police officers react after they no longer believe they are part of the society which they have been charged with policing, when they have become used to shooting pregnant ladies and old men?

Odd as it may sound coming from an old retired cop, if police recognition skills, the red flags that alert to danger were delayed for a moment, so be it; I’d rather get shot than develop the attitude that all or even most of my neighbors were a constant threat. 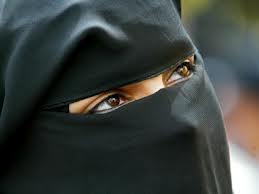 At the risk of being politically incorrect, America isn’t a third world hell hole, at least not yet, like the Middle East where female suicide bombers hide explosives under a burqa, walk into a crowded shopping area and detonate themselves in the name of Allah. Heaven forbid anyone point this out for fear CAIR might lodge a complaint for having been singled out; never mind that it’s true.

Police officers are a part of the community they protect and serve. If it ever comes to the point where police officers become detached from their communities, at that point they have become a standing army instead of your friendly neighborhood cops. The transition from police department to standing army is happening all across America’s fruited plains, a little at a time mind you; but it is happening.

You’ll see this in very subtle ways. The old blue and white patrol cars are being replaced with a universal black and white paint scheme; why is that? The answer is more subliminal than anything; black and white vehicles appear to be more formidable and command attention. 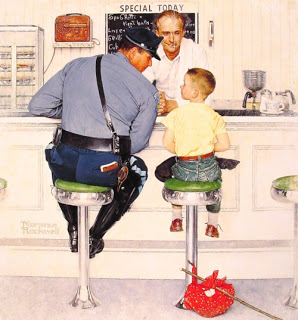 Some police departments are changing the uniforms police officers wear. The trend is to have them look more military. Black fatigue type uniforms are taking the place of traditional blue toned police shirts and trousers; why is that? Instead of polished footwear, many officers have opted for combat styled boots. Call me old fashioned, I’d rather reminisce about a more gentle time, a time when Norman Rockwell painted a picture of a cop sitting at a drug store counter next to a little boy.

In case you missed it, this past September FEMA graduated its first class of cadets, not sure what you should call them; but FEMA Corp is how they are classified. This is a national police force, a standing army by definition, a standing army that reports to the president and has powers that go beyond even local police departments; I find that disturbing on many levels.

Add to your concerns, the Department of Homeland Security (DHS) and FEMA both purchase the ‘non traditional targets’ to train with. Never mind that our government has been accumulating vast quantities of ammunition for DHS, FEMA and the IRS; hollow point 40 caliber bullets are for target practice only, and you believe that too. Be concerned, be very concerned (Yoda would have said, “Be afraid, be very afraid”; but this is reality, not a Star Wars film you can walk away from.)

When you start putting all these little transitory moves together, the opportunity to travel down the road toward totalitarian tyranny becomes more than possible; it becomes inevitable. Our founding fathers wagged a war for independence from the King, in part to protest a ‘standing army’ imposed on the citizenry to keep them in line. At what point should we in our day draw a line in the sand and say, “Enough, we’ve had enough”?

3 thoughts on “Standing Armies and Targets”