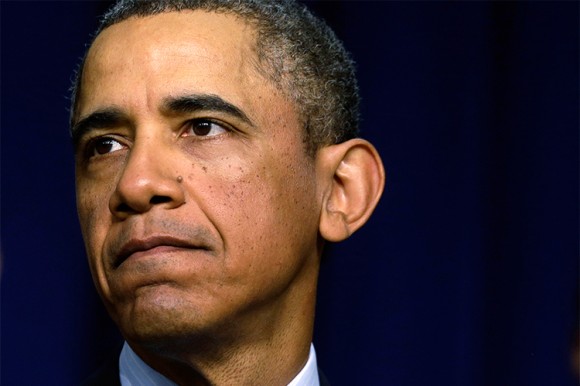 The scandal involving the politicization of the IRS under the Obama administration continues to grow. Congressmen briefed by IRS officials say that instead of 300 groups that received closer scrutiny, the number has climbed to 471. More drip, drip, drip. But in an effort to stop the bleeding, President Obama has fired the acting commissioner, Steven Miller, who is said to have become aware in May of last year that the IRS was targeting conservative groups. He failed to tell Congress when he testified before an oversight committee in July. Whether Miller is a sacrificial lamb, a scapegoat or the true culprit remains to be seen. Charles Krauthammer, on Fox News, called the firing “a holding operation,” and “the absolute minimum he could have done.”

Now that Tea Party, Patriot, and other conservative groups know that they aren’t alone in receiving prejudicial treatment by the IRS, they are coming forward and providing more details about the reprehensible conduct of this agency. Conservative groups have told the media that the IRS asked for donor lists, Facebook conversations, copies of minutes and notes, and even lists of meeting participants.

“A Politico review of documents from 11 tea party and conservative groups that the IRS scrutinized in 2012 shows the agency wanted to know everything—in some cases, it even seemed curious what members were thinking,” write David Nather, Tarini Parti, and Byron Tau for Politico. “The review included interviews with groups or their representatives from Hawaii, New Mexico, Ohio, Texas and elsewhere.”

“Several of the groups were asked for résumés of top officers and descriptions of interviews with the media. One group was asked to provide ‘minutes of all board meetings since your creation’” (emphasis added). For small groups, such data may not even exist.

“When a Tennessee lawyer asked the IRS for tax-exempt status for a mentoring group that trained high school and college students about conservative political philosophy, the agency responded with a list of 95 questions in 31 parts, including an ultimatum for a list of everyone the group had trained, or planned to train,” reports David Martosko for the UK Daily Mail.

“It ‘should send chills through your spine that the government would ask me to identify those I teach, and to provide details of what I teach them,’” the Founder of Linchpins of Liberty, Kevin Kookogey, told the Daily Mail.

Asking for such comprehensive data from small groups such as Linchpins for Liberty accomplishes several political goals: it discourages donors, it discourages organizations, and ultimately, may cause the organization in question to fold. “Some groups even gave up in the face of the IRS questions,” reports Martosko.

“… Kookogey said a $30,000 grant was canceled as a result of the IRS’s months-long radio silence, when he couldn’t tell his donor that Linchpins had earned its 501(c)(3) tax-exempt status,” writes Martosko. “That money would have made a significant difference to the group, judging from its public filings in Tennessee. In 2011, Linchpins of Liberty reported collecting just $3,460 in contributions, and spending $7,328 on its programs.” Even for larger, established groups, $30,000 in donations can make a significant difference.

“One reason that [the IRS is] apologizing right now is that they know the investigative arm is about to take them to task—and there are whistleblowers, too, who know that this has been wrong,” Senator Orrin Hatch (R-UT) asserted in an interview for Newsmax.

The IRS’ abuses are far reaching and extensive. USA Today reporter Gregory Korte went so far as to state that a “Tea Party moratorium” was in effect for 27 months. “In February 2010, the Champaign Tea Party in Illinois received approval of its tax-exempt status from the IRS in 90 days, no questions asked,” writes Korte. “That was the month before the Internal Revenue Service started singling out Tea Party groups for special treatment. There wouldn’t be another Tea Party application approved for 27 months.”

“For the 296 total political campaign intervention applications TIGTA [Treasury Inspector General for Tax Administration] reviewed as of December 17, 2012, 108 had been approved, 28 were withdrawn by the applicant, none had been denied, and 160 were open from 206 to 1,138 calendar days (some for more than three years and crossing two election cycles),” states the IRS report issued Tuesday.

During this time period, IRS official Lois Lerner approved the tax-exempt status for Barack Obama’s half-brother’s Barack H. Obama Foundation in a single month. “Lerner granted the organization a 501(c) determination and even gave it a retroactive tax exemption dating back to December 2008,” reports the Daily Caller.

This is not an outlier. “In that time, the IRS approved perhaps dozens of applications from similar liberal and progressive groups, a USA Today review of IRS data shows,” writes Korte.

Yet the Administration maintains that their actions were not politically motivated. “The selection of these cases where they used the names was not a partisan selection,” said Lois Lerner, director of exempt organizations, reports USA Today. “She said progressive groups were also selected for greater scrutiny based on their names, but did not provide details.”

While the media have found at least three such groups targeted for extra scrutiny, this does not offset the purposeful targeting of conservative groups. As Accuracy in Media earlier reported, 85 of the original 300 such groups contained the words “Tea Party,” “Patriot,” or “9/12” in their names. Those numbers will change now that the total number of such groups is up to 471.

Korte writes that groups such as the following were granted 501c(4) status during the “moratorium:” Bus for Progress, Missourians Organizing for Reform and Empowerment, and Progress Florida.

So what exactly happens to this intrusive data once it is collected? This is the same IRS that gave investigative journalism ProPublica access to nine confidential applications of conservative groups still waiting for the exempt status to be approved. “The commendable admission [by ProPublica] lends further evidence to the lengths the IRS went to during an election cycle to silence tea party and limited government voices,” writes Wynton Hall for Breitbart.com.

Attorney General Eric Holder has asked the FBI to investigate this matter. “A federal official who has been briefed on the matter said the investigation could focus on potential violations of civil rights law, including targeting groups based on political affiliation and infringing free speech,” writes Korte for USA Today. “The official, who is not authorized to comment publicly, said authorities could consider possible violations of the Hatch Act, which restricts political activities of government workers.”

“At a bare minimum, those involved with this deeply offensive use of government power have committed a violation of the public trust that has already had a profoundly chilling effect on free speech,” wrote Senator Marco Rubio (R-FL) in a letter to Treasury Secretary Jack Lew. Rubio had called for Commissioner Miller to lose his job.

It seems that for this scandal, there is bipartisan outrage. Vernon Jordan, a close adviser to President Bill Clinton, said that “He [President Obama] needs to fire somebody. He needs action, not conversation.” Obama was apparently listening to Rubio and Jordan when he fired the commissioner, but it may not be enough.