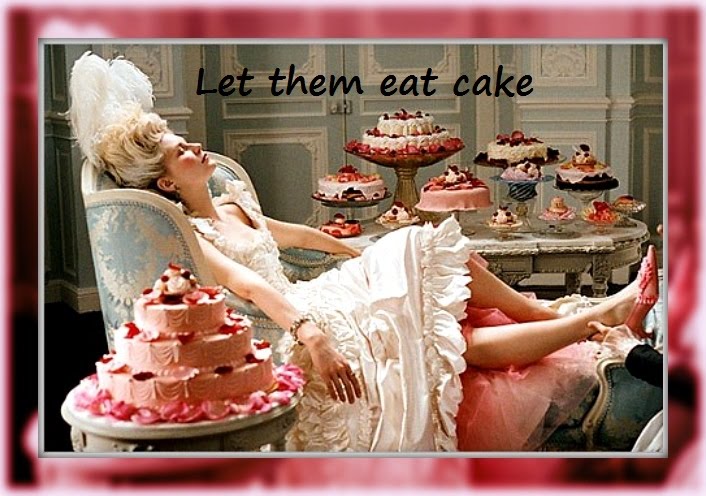 Americans know deep inside that things are very dire indeed and getting worse by the second. Overwhelmingly, they no longer believe the economic numbers from the government. Lies – all lies and propaganda. Instead of the bread lines of the last Great Depression, we have EBT Cards, providing the hungry with food. For those who have now been unemployed for years in The Greatest Depression, it doesn’t cut it. Starvation and hunger are still the ever present resident for many. Large numbers of Americans have lost their homes. More than people want to concede live in their cars or on the streets. As the numbers grow, America pretends it just isn’t so, but nevertheless, we have entered a new age of want and need brought to us by Progressives and their neglect, corruption and lack of giving a damn. Welcome to the new age and it is about to get very, very real in the good ole’ USofA. Obamacare was the final trigger coupled with massive printing of money and redistribution of wealth, via Cloward and Piven. The kill shot will be Amnesty.

The IMF goes blunt on the global stage and no one notices:

Much of the Western world will require defaults, a savings tax and higher inflation to clear the way for recovery as debt levels reach a 200-year high, according to a new report by the International Monetary Fund.

The IMF working paper said debt burdens in developed nations have become extreme by any historical measure and will require a wave of haircuts, either negotiated 1930s-style write-offs or the standard mix of measures used by the IMF in its “toolkit” for emerging market blow-ups.

“The size of the problem suggests that restructurings will be needed, for example, in the periphery of Europe, far beyond anything discussed in public to this point,” said the paper, by Harvard professors Carmen Reinhart and Kenneth Rogoff.

The paper said policy elites in the West are still clinging to the illusion that rich countries are different from poorer regions and can therefore chip away at their debts with a blend of austerity cuts, growth, and tinkering (“forbearance”).

But the paper says this mantra borders on “collective amnesia” of European and US history, and is built on “overly optimistic” assumptions that risk doing far more damage to credibility in the end. It is causing the crisis to drag on, blocking a lasting solution. “This denial has led to policies that in some cases risk exacerbating the final costs,” it said.

While use of debt pooling in the eurozone can reduce the need for restructuring or defaults, it comes at the cost of higher burdens for northern taxpayers. This could drag the EMU core states into a recession and aggravate their own debt and ageing crises. The clear implication of the IMF paper is that Germany and the creditor core would do better to bite the bullet on big write-offs immediately rather than buying time with creeping debt mutualisation.

The paper says the Western debt burden is now so big that rich states will need same tonic of debt haircuts, higher inflation and financial repression – defined as an “opaque tax on savers” – as used in countless IMF rescues for emerging markets.

Read that very, very carefully. So much for Keynesian economic theory. There is no saving what we have wrought. We can no longer turn back or fix this monstrosity created by the greed of those we entrusted with the leadership of our governments. Waking up to the system is a bitch.

Pension funds will be raided, savings accounts levied, property seized… You only thought you owned that land, in reality, those with the greatest force in the end will take the land unless they are somehow defeated. But the price will be in blood and be high indeed. Interest rates will soar, as will food, gas and utilities as the spiral plays out. Because controls were put on a system that should not have been rigged, it will by necessity collapse. It is not self-healing, but it is self-rectifying. Look for defaults worldwide and the fall of the dollar. It is now not a question of if, but when. Prepare to have your systems blown.

You cannot expect things to get better when you have so many Progressive irons in the communist fire:

Tell me you don’t feel it in your bones – this is the transformation of America that Obama promised. We are in the midst of The Greatest Depression and none dare call it what it is. Up is down, black is white. We are told all is fine, the economy is recovering… we are doing better and are stronger than ever. In reality, we are destitute, our military prowess has been gutted and our national wealth has been redistributed, while the Marxists stomp on and jeer at our Constitution. 2014 is the year we fight and we better join forces and take back the Republican Party and get true conservatives elected – the Tea Party has roared to life and millions are preparing for the battle of a lifetime. An American Depression: Extreme Haircut Edition is unfolding in the once land of the free, home of the brave and our leaders are singing: “Let them eat cake!” Just say no to Weimar cake and French-style servitude. 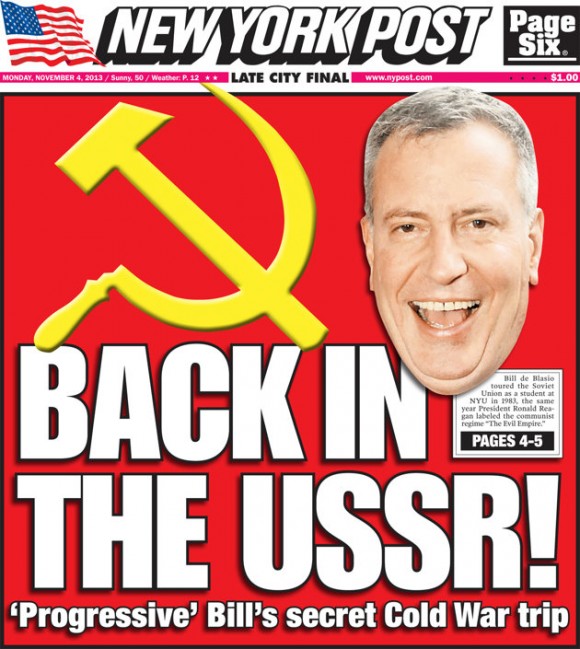 In a column on the “remarkable lives” of some people who passed away in 2013, Republican strategist Karl Rove writes that British Prime Minister Margaret Thatcher, in concert with Presidents Ronald Reagan and George H.W. Bush, and Pope John Paul II, “transformed the world.” He’s right that Reagan, Bush, Thatcher and the Pope did transform the world. In saying that Thatcher stood up to Soviet communism, however, he neglected to mention that the Soviet Communists fought back, attempting to assassinate Pope John Paul II. The Soviets lied about their involvement in this plot.

Referring to Nelson Mandela, Rove says he “spent 26 years in prison before emerging to end apartheid and serve as the first president of a multiracial South African democracy.” However, Mandela’s debt to Soviet communism, which armed his movement, went unmentioned in Rove’s Wall Street Journal column. Rove also failed to note that the communists who run South Africa today counted Mandela as one of their own. The “democratic” South Africa of today is effectively a one-party state, and the white minority is under siege and facing genocide.

Rove writes that Mandela went “on trial for his life,” neglecting to mention that he was convicted of terrorism and could have been hanged for his crimes. Instead, Mandela received a prison sentence. The white government was actually quite lenient and offered to release him if he would renounce violence and terrorism. He never did. His terrorism cost innocent lives.

Karl Rove should know better, and probably does. He apparently has his own reasons for shading the truth. Those reasons include appearing to be “moderate” in one’s public comments and accepting certain myths about public figures. That means, in Mandela’s case, accepting his false claim that he never joined the Communist Party of South Africa.

It is a sad fact that telling a lie these days has become more convenient than telling the truth. This is a terrible commentary on those with access to our major media.

Consider the coverage of the inauguration of Bill de Blasio as New York City’s mayor. The term “progressive” is used in most accounts to describe him and his backers. De Blasio accepts that term. Yet, by any objective measure, he is a dedicated Marxist, and has been for most of his life. For example, he never disavowed his support for the communist Sandinistas in Nicaragua. He claims to have honeymooned in communist Cuba, when such a trip was illegal. His wife was a member of a Marxist collective.

As if to demonstrate that his views haven’t changed, one of de Blasio’s inauguration speakers was the entertainer Harry Belafonte, who performed at a “concert for peace” in communist East Germany in 1983. He claims he did not join the Communist Party USA, but acknowledges in his book, My Song: A Memoir, that he used to attend lectures in 1947 at the Jefferson School in New York City. He says the Jefferson School “openly billed itself as an institute of Marxist thought affiliated with the American Communist party.” He says he heard such speakers as I.F. Stone, the so-called “independent journalist” later unmasked as a Soviet intelligence agent.

At the time he attended lectures at the Jefferson School, Russia “seemed to be leading the way” internationally in achieving a “classless society,” Belafonte writes in his book.

Belafonte also endorsed and raised money for Massachusetts Democratic Senator Elizabeth Warren when she was running for that office. The Massachusetts GOP tried to make that an issue, but the media paid no attention.

When it comes to children, the truth has to be concealed as well. Indeed, this target audience has to be “educated” intensively to become young recruits to the “progressive” movement.

Consider that a firm called Bluewater Productions has released a new “tribute comic book biography” on Nelson Mandela, insisting on page nine that Mandela was “never a communist himself” but only worked with the communists. The fact is that the South African Communist Party and the African National Congress have both acknowledged his membership on the SACP’s central committee. Mandela lied about it all his life.

Bluewater publisher Darren G. Davis calls the comic book “a great tool for kids to read about him in a different medium.” He adds that, “Our biography comic books are now taught in schools and libraries for students and reluctant readers.”

I asked Davis why the comic book lies about Mandela’s membership in the Communist Party. He told me, “I will check with the writer on that and get back to you on it.” That was over two weeks ago. Clearly, they have no justification for this striking omission.

It would seem to be important for our young people to understand the role that communism played, and continues to play, in national and world events. After all, this philosophy killed more than 100 million people, made millions more economically destitute, and continues to deny freedom to more than one billion people worldwide.

If used in schools and libraries, this comic book will deceive “students and reluctant readers” about how communism has come to power in South Africa. What purpose is served by that? It will enable the same forces to make even more gains around the world, including in the United States, by operating as “progressives.”

Part of Rove’s column was devoted to remembering two conservative businessmen, Bob Perry and Harold Simmons, who died in 2013 and were “passionate about their state and country and were generous donors to conservative candidates and causes, including American Crossroads.”

Rove is referring to his own political campaign organization, which refused to call President Obama a Marxist when buying millions of dollars of advertising against him during the 2012 presidential campaign. As a result, Obama and the George Soros-funded “progressives” won.

Rove says about Perry and Simmons, “These two self-made men never forgot that from those to whom much is given, much is required.” But the $300 million that went to Rove in 2012 was mostly wasted.

What the country desperately needs are donors willing to underwrite the organizations that are not afraid to tell the truth about the dangers we face. Being polite and politically correct when the survival of our nation’s democratic institutions and traditional values are at stake is nothing less than national suicide.

The “progressives” have to be exposed as the hard-core Marxists they are.