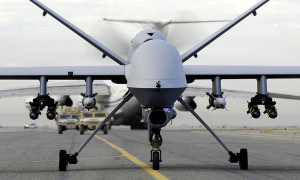 For those of you out there that thought there was any truth to Obama opposing Putin in Russia, you might want to rethink that and fast. He’s proving just how flexible he really is these days. There is a fight within the Administration, with one side supporting surveillance flights from Russia over American soil and the other opposing it. One guess which side Obama is on.

Have you ever heard of the Open Skies Treaty? Per Wikipedia: The Treaty on Open Skies entered into force on January 1, 2002 and currently has 34 States Parties. It establishes a program of unarmed aerial surveillance flights over the entire territory of its participants. The treaty is designed to enhance mutual understanding and confidence by giving all participants, regardless of size, a direct role in gathering information about military forces and activities of concern to them. Open Skies is one of the most wide-ranging international efforts to date promoting openness and transparency of military forces and activities. The concept of “mutual aerial observation” was initially proposed to Soviet Premier Nikolai Bulganin at the Geneva Conference of 1955 by President Dwight D. Eisenhower; however, the Soviets promptly rejected the concept and it lay dormant for several years. The treaty was eventually signed as an initiative of US President (and former Director of Central Intelligence) George H.W. Bush in 1989. Negotiated by the then-members of NATO and the Warsaw Pact, the agreement was signed in Helsinki, Finland, on March 24, 1992. So you see, Progressives on both sides of the aisle are part and parcel of this suicidal pact.

The Open Skies Treaty allows Russia to fly over US territory with planes loaded with certain agreed-upon sensor packages, in order to ensure compliance with arms control agreements and to provide assurance against preparations for various military surprises. Russia has asked the U.S. to agree to an upgrade in the sensor package their planes can carry. I’ll bet they have. Now, we not only have the NSA and our government watching our every move, we are letting the Russians spy on us as well. I’m also certain the Chinese have been invited in for a test drive. You thought spying was bad with our Intel agencies, you ain’t seen nothing yet.

There was supposed to be a meeting yesterday, to discuss this and resolve a bitter inter-agency dispute over a request from Russia with respect to the Open Skies program. I don’t know what the outcome was, if any, that came out of that meeting behind closed doors. The powers that be are trying to keep this very quiet. Insiders are saying that the White House is likely to side with the State Department, which wants to accommodate Russia, over the objections of the Obama Administration’s Defense Department and Intelligence agencies. I agree with Allen West that the Defense Department and Intelligence agencies had to have thought this was a very bad joke. Unfortunately, it’s not. We’re not just sleeping with the enemy, we are deferring to them.

What is troubling is that it seems John Kerry and the State Department are willing to acquiesce to the request while the Defense Department, after they stopped laughing, is up in arms. Unfortunately, it looks like the Obama White House is siding with the State Department. Oh, what I miss the most — not really — about Washington DC are all the sneaky, behind-closed-doors escapades that transpire without everyday American citizens having an idea.

House Intelligence Committee chair Mike Rogers is apparently so concerned that he sent the president an unusual public letter Friday — of course when things are done on a Friday before the whole gang goes on Easter recess, chances are no one notices. Here are the highlights:

Chairman Rogers wrote, “Given current world events, President Putin appears to be more than willing to disregard international norms of behavior in seeking geopolitical advantage. We should not now naively believe he will unilaterally adhere to the limitations of the Open Skies Treaty. Putin’s attempt to upgrade Russia’s sensing capabilities now is particularly problematic. I have serious concerns about the technical advantages Russia would gain.”

West also asks a great question: if we have the ability to openly fly over Russia according to this treaty from the Clinton administration — how did we get caught by surprise with Putin’s actions in the Crimea? We didn’t, is the answer. I believe that Obama knew exactly what and when it was going down. Then he put on a show of protest and not a convincing one at that. Imposing sanctions that he knew meant nothing and letting Putin do as he pleases. Obama and Putin have had numerous long conversations – probably on conquering the known world and divvying up the spoils. Even if it is put out that the upgrade to Putin’s sensor package as part of his overflight aircraft is rejected, don’t be quick to believe it. Obama has proven that deceit takes a myriad of forms and he is adept at achieving his desired outcomes.

The Intelligence community is extremely alarmed and should be. Every American should be up in arms over this. We are inviting Russian spies and their military into our country. It’s like letting in a vampire, it can’t be undone and it will get you killed. Russian spying is about to go mainstream in America. Spying the open skies of America will telegraph our strengths and weaknesses to our enemies and invite an attack. Obama and Putin are fellow travelers. Ask yourself, why would a sitting President allow a known enemy to fly freely above and around America? Flexibility Comrades.

For reference, here is a letter from a bipartisan group of senators on the Senate Intelligence Committee — addressed, interestingly, to Secretary of State Kerry, whose department has been pushing the agreement:

In the past few years, the Russian Federation completed construction of two new Open Skies aircraft that will support digital photograph equipment, sideways-looking synthetic aperture radar, and infrared equipment. As you know, state parties to the Open Skies Treaty must certify any new aircraft before it can be used for treaty observation flights.

We understand that an upcoming Deputies Committee meeting will address the question of Russian certification. We strongly urge you to carefully evaluate the ramifications of certification on future Open Skies observation flights and consider the equities of key U.S. Government stakeholders.

The invasion of Crimea and Moscow’s ongoing efforts to destabilize Ukraine using subversive methods in sufficient enough to counsel further review, irrespective of any technical concerns that may exist.

Thank you in advance for your attention to this important and timely manner.

3 thoughts on “Spying The Open Skies Of America”