By: Caleb Howe
The Right Scoop 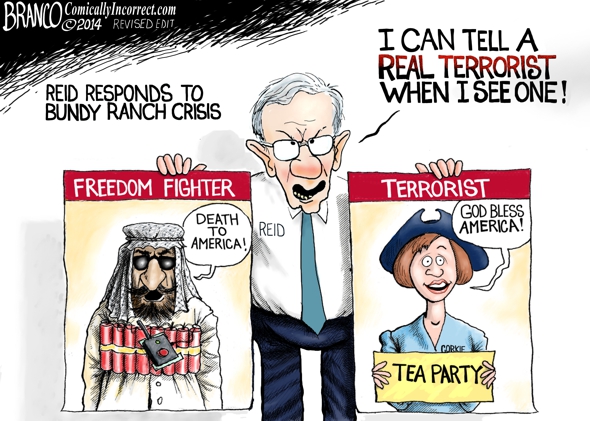 Absolutely. As Dana Loesch said on her radio show this week, there are many examples of times Democrats were wilting flowers when it came to calling someone a terrorist. But Reid didn’t have to wait at all to decide who acted stupidly, and who was a domestic terrorist. And not just in the heat of the moment, but doubling down on it in a later interview.

But Loesch also warned that Dingy Harry has another motive at play. He doesn’t like that things ended peacefully. He wanted it to go badly. She warned, don’t let Harry Reid’s war-mongering disrupt a peaceful resolution.

Mongering is exactly what he is doing, both war- and fear-. It’s his SOP. When you’re a Democrat, it’s allowed.