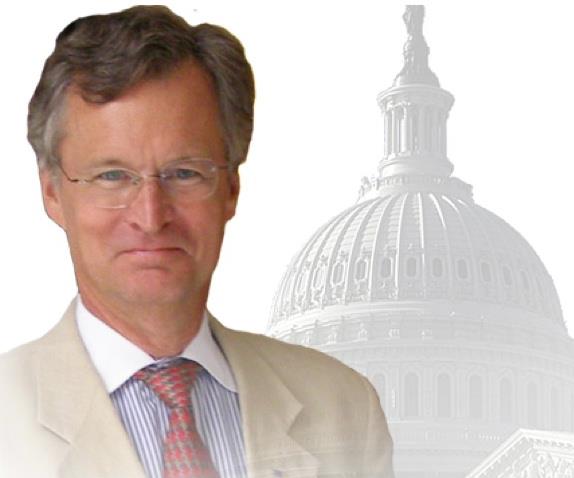 h of you, my readers, is to run with the information that I am providing. This is information that is often not shared by media outside of Israel.  I think the tide is beginning to turn: Abbas has gone too far.  Please!  as always, put this information out in every way you can, share it as broadly as possible. Additionally, if you encounter news sources that slant the information or neglect to report on the situation, challenge them directly.

I wrote yesterday about Ahmed Ansara, the Palestinian Arab boy who lay in good condition in Hadassah hospital at the very moment that Abbas and his cohorts were claiming that Israel had “executed him in cold blood.”  Ahmed had been run over by a car when fleeing Israelis who went after him because he had stabbed two people.  This was NOT an innocent child.

Now there is follow-up on this, as police have questioned him. “I went there to kill Jews,” he told them.

As Times of Israel reports:

“Manasra said he was motivated to carry out the attack by the Palestinian claim that Israel has been trying to change the status quo on the volatile Temple Mount in Jerusalem.”

He explained that “I came with my cousin Hassan. He brought the knives and I agreed to join him.”

Both Ahmed’s family and the PA have denied that he had anything to do with it, but security camera videos of the boys proving otherwise exist.

Here’s a still from a police video, showing the boys carrying knives.

Footage in the video shows them chasing a man, and then attacking a boy on a bike.

I want to take a moment here to mention the boy who was attacked (whose name is apparently not on record, and wisely so).  About the same age as Ahmed, he was scheduled to have his bar mitzvah next month.  Thank Heaven he is still alive, but he was taken to the hospital in critical condition and put on a respirator because of stabbing to his throat.  I am without words for this.

The incredible thing is that the PA does not let up, as foolish as they begin to look.  Netanyahu held a press conference yesterday (about which more below) at which he discussed the incitement by the PA and the outrageous charges it makes.

Following this press conference, PLO chief negotiator Saeb Erekat, who lies with the best of them, said, “Mr. Netanyahu’s attack on President (sic) Abbas is a failed attempt to distract from the fact that Palestinian civilians, including children, are being systematically targeted for extra-judicial executions by Israel.”  (Notice that Abbas is “president” while Netanyahu, is not “prime minister” but “Mr.”)

At his press conference, held partly in English and partly in Hebrew, Netanyahu, filled with his own fury about what is going on, minced no words (emphasis added):

“Make him accountable and stop trying to justify him in any way – not with settlements, not with the peace process, not with anything.  The first order of the day in fighting terrorism is moral clarity. Nothing justifies terrorism, nothing exonerates it. Stop trying to explain it away…

“We expect our friends…to see the truth and not draw false symmetry between Israeli citizens and those who would stab them and knife them to death.”

Israel has a “right and responsibility to protect its citizens.”

However, he declared, “We’ve certainly seen some reports of what many would consider excessive use of force. Obviously we don’t like to see that. We’re concerned about that.”

“The comments by the US State Department spokesman are so crazy, deceitful and baseless, that I expect President [Barack] Obama and US Secretary of State [John] Kerry to distance themselves from them, and to clarify the US position.

“…every reasonable person knows very well how the police in the United States would act if terrorists armed with axes and knives would come to kill citizens in New York and Washington.”
His point here is a crucial one: The world seems to feel free to judge Israel by a standard that is applied to no other nation.

~~~~~~~~~~
I asked rhetorically yesterday if we are daft sometimes, regarding how nice we are to Arabs within our midst and how we cut them slack. This is certainly the case with some of the Arab members of the Knesset, who pump for the other side, and incite, and yet still sit in the Knesset. Many is the time that I have asked myself, “What the hell is wrong with us?” after hearing one of them mouth off.

Well, as I have indicated before, the very worst of these inciteful offenders is Hanin Zoabi, who has been consistently sympathetic to Hamas and other jihadists.  She has been cut altogether too much slack over time – especially after her involvement with the Mavi Marmara flotilla.  But I think her days as a free-wheeling traitor sitting in the Knesset are numbered. The proper place for her to sit is in a prison cell.

Yesterday, she repeated Abbas’s charges about “execution” of innocent Arabs.

Then she called again for the end of “lone wolf attacks” and said she wanted to see a “true popular intifada.” This is major incitement.

Hamas has declared today to be a “Day of Rage,” which means security has to be particularly vigilant.  Here I wish to note several incidents, one critical:

Kever Yosef, Joseph’s Tomb, a Jewish religious site, is located inside PA territory in Shechem (Nablus). According to the Oslo Accords, Jews are to have regular access to this site, which is to be protected.  I will return to this broader issue as appropriate and as time allows in coming days. The fire was brought under control by PA police and the IDF – which announced that it views the incident with “utmost severity” – said it will do necessary repairs so worship can take place there.

There are now calls here for Israel to retake the Tomb, because religious sites are only safe when under Israeli control – which is absolutely the case!

What is more, it is understood that the incitement of Abbas was almost certainly a strong motivating factor of what was done.  Wrote Uri Ariel (Habayit Hayehudi) on Facebook (emphasis added):

“Torching one of the places holy to the Jewish people is a new low, and a result of Palestinian incitement. While the Palestinians brazenly lie about us harming the status quo on the Temple Mount, they go out and burn and desecrate the sacred places of Israel, and that won’t be forgiven.”

A Palestinian Arab disguised himself as a journalist in Kiryat Arba, next to Hevron today, approached an IDF soldier and then stabbed him.  The terrorist was shot dead.  The soldier is in the hospital in moderate condition.

Because of that “Day of Rage,” border police were monitoring the area near Mt. Scopus in Jerusalem, as many areas, with special care.  In the course of a sweep of the area, a bomb-sniffing dog and his handler located a pipe bomb, which was then neutralized, saving lives. I never mention the hard working police and military dogs, but they do a great job and I say hurray! for them here.

I’m going to close with this article, although the report is still tentative.  It has the potential to be a very significant story.

This has to do with the suspicion, being investigated by Minister of Health Ya’akov Litzman, that when Jews were critically injured in an attack in the Old City, Arab doctors from an adjacent clinic did not come out to help them.  If this turns out to be true, it is huge, in light of the fact that Jewish doctors consider themselves ethics-bound to treat Muslim terrorists.  Here we’re not talking about terrorists, but innocent Jewish victims. They died, and there is the thought they might have been saved.

The blood pressure shoots up at the mere thought that this might have been so.  It would change the equation.

Will stay on top of this.  And I thank reader Ya’akov G. for alerting me.

Shabbat is on the way.  We must keep Shabbat, as Shabbat keeps us.  I carry hope in my heart always, and want to convey this to readers.

Here a video of songs about Shabbat peace and the peace of Jerusalem that is so very appropriate.  Shabbat Shalom to all.