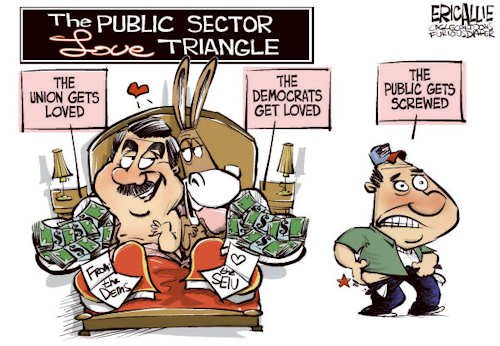 As the Chairman of the Tea Party Express, I didn’t think the radical liberals and big government statists could sink any lower, but they have – and now they are calling for bloodshed.

Democrat Congressman Michael Capuano (who is considering a run against Republican Senator Scott Brown) whipped up a crowd of union hacks into a frenzy yesterday declaring: “Every once and awhile you need to get out on the streets and get a little bloody when necessary.” 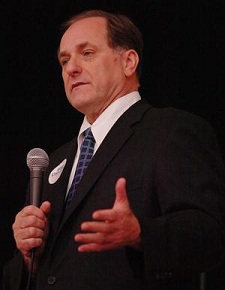 Friends, Barack Obama, his “Organizing for America” group, and these union mobs are scared of us in the tea party movement, and they are scared that our calls for fiscal responsibility and a return to a constitutionally conservative approach towards limited government are resonating with the American people.

I have not previously shared this information, but for the past 2 days I have received threatening and harassing phone calls and emails from Obama’s supporters. Someone put my private contact information out to his supporters and they think they can intimidate me, the same way Congressman Michael Capuano thinks we’ll be intimidated by his violent calls for bloodshed.

Well, I for one won’t be silenced. We are fighting for the future of this great nation and we will stand with Governor Walker and others when they do the right thing and restore fiscal sanity to America.

You can contribute any amount up to the maximum allowed limit of $5,000. And since we’re in a new election cycle, those of you who had previously “maxed out” are once again able to contribute as much as you’d like – all the way up to that $5,000 maximum.

As always, if you prefer, you may also make a contribution via U.S. mail, by sending a check to:

I sit here typing this as helicopters continually fly overhead. It feels a little like a Vietnam War movie. Copter after copter, some loaded with monsoon buckets – when I could go for days and not see one. There are continual aftershocks. Huge jolting shakes – many over 5.0 on the Richter scale.

There is real fear of water borne disease as sewer and water pipes are ruptured all over the city.

People are being asked to dig holes in their back gardens for toilets.

The family is currently boiling water and filling bottles for friends who have no water.

There are massive queues in supermarkets, petrol stations and at emergency water stations. Farmers are bringing tanker trucks full of water to specified points in the city.

The central city looks like it has been bombed. Buildings are down everywhere. The City’s tallest building, The Grand Chancellor Hotel is leaning against a neighboring building and could collapse at any time. Nobody knows how many more buildings the “domino effect’ could take down.

The eastern suburbs are now a network of flooded buckled roads. The whole east side of Christchuch is built on swamp and water and sand is bubbling through everywhere as the quake and continual aftershocks have turned the ground to jelly. Many people in the East live week to week and they are suffering without power and water as food supplies run low.

The affluent seaside suburb of Sumner and the port town of Lyttelton – where the quake was centered are in ruins. Boulders the size of trucks have careened down hillsides, right through houses. Roads are blocked through landslips all over the area and the Lyttelton Road Tunnel is out of service.

This means Christchurch can’t get petrol from the port and fuel is being trucked in from Timaru, 100 miles away.

The official death toll is in the 70s, but there are over 300 people still missing and countless bodies are being left in the wreckage as rescue teams desperately try to find the still living.

Very few of the dead have been identified. A friend of mine, Jo Giles is missing, believed to be in the downed five story Canterbury TV building, which may hold more than 50 people.

There are believed to be 20 people in the wrecked Christchurch Cathedral, an iconic city landmark.

Teams from Australia, Britain, the US, Taiwan and other countries are working with our soldiers, police, fire and rescue services to rescue the living.

We are all so grateful for this help.

The last live person was pulled from rubble yesterday, but we are all hoping for miracles.

Even our major rugby venue, the AMI stadium has been badly damaged. Our world champion Crusaders rugby team, has forgone their Super 15 match this weekend in Wellington, in solidarity with the suffering here.

After the last big earthquake in September 2010, we were all hoping that this year’s Rugby World Cup (which New Zealand is hosting) would bring much needed tourism into the city. That is now in real doubt as the central city is almost totally destroyed and many large hotels are badly damaged or completely wrecked.

Apart from my friend Jo, my family has been relatively untouched so far. As casualties are named however, I expect this to change. With several hundred deaths in a small city, we will almost certainly know other victims.

In terms of lives lost and economic damage, this will be New Zealand’s biggest ever natural disaster.

I am beginning to have some appreciation of how New Yorkers must have felt after 9/11.

If you are planning an overseas vacation in the next year, please consider New Zealand. This is a beautiful country, with some of the friendliest people you will ever meet.

All parts of the country offer stunning scenery and great tourist activities, especially the central North Island and much of the South Island.

I’ve never met a tourist yet who didn’t love this country and this great city.

While Christchurch will struggle for awhile, we now have a chance to make this city even more beautiful. Don’t forget Christchurch when you visit. We will recover from this. Services will be up and running in a few weeks and we will look after you very well while you are here.

Thanks for all your supportive messages. Thanks for the generous help that has already flowed into our city.

Written on the verge of tears.

Staff who work for the United States Antarctic Program (USAP), based in Christchurch, are among those missing following yesterday’s devastating earthquake.

The USAP, which is managed by the National Science Foundation (NSF), said on its website it had accounted for 60 percent of the people in the program who were in New Zealand when the earthquake hit.

“NSF is deeply concerned about the welfare of those people affiliated with Antarctic Program who, as yet, have not been accounted for and remains hopeful that they will be discovered to be safe and sound,” the statement said.

Many of those unaccounted for may be on personal travel within New Zealand, and not necessarily in Christchurch, the statement said.

Several people have asked me how to donate to help Christchurch in our time of great need.

I suggest donating through our local Salvation Army.