Your tax dollars and the U.S. as your employer: Nancy Pelosi says she wants to amend America’s sacred documents forever expanding freedom that comes with jobs while Dems line up calling for the federal government to hire the unemployed.

Tony Pecinovsky, a leader of the Missouri/Kansas Communist Party USA, explains that the left are “patriotic’”and must “take back” holidays, such as July 4 from the “right wing.”

The NWO is an issue that needs to be discussed in mainstream political circles.

Joe Walsh U.S. Representative of Illinois tells the putative president, “You’re either in over your head, you don’t understand what makes this country great, or you’re Hell bent on turning us into some European, big government wasteland.”

All of the above, Joe, thank you sincerely, especially if by European you mean Greece, the Balkans, or Russia.  Even so, notice how Rep. Walsh couches in the language of GOP focus group PR what Gunnery Sargeant R. Lee Ermey said last year, straight out.

I preferred it when Representatives Braun and Bachmann simply said “Marxist,” around the turn of 2008/2009.  Then, as one may recall, they were both called on the carpet and compelled to apologize.  Now, will they apologize for apologizing?  That must never happen again.

And after getting tongue and teeth to say, “Marxist,” who of the beltway and newsroom establishments will use the words, “saboteur” and “conspirator?”  Just look at all those little emperors without clothes (maybe I need a bigger TV) scratching their heads and groping for words, again and again, at the likes of Comrade Obama, his actions so undecipherable to those in denial.

Politicians who know which end is up and are not stuck in your own, I would be privileged to get a message to you.  The candidates who speak out and act out against global Marxism and even the kinder, gentler, and yes, softly fascistic globalism of the bygone Bush-Reagan-Baker-Schultz-Kissinger years, will be elected and will lead.  Those news analysts who do will be analyzing reality and supported in their authentic work.

Others will be cast aside as cowards, along with the conniving Marxofascists with whom they are becoming complicit by providing them vanishing cover.  That is, depending on their level of involvement and the ongoing awakening of America despite them, they will be cast aside or cast behind bars for treason. 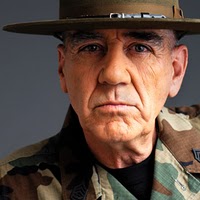