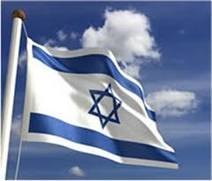 On Tuesday evening, November 22nd, close to 100 people gathered at the Kingsway Jewish Center in Brooklyn to hear a powerful presentation of the unique work done by the Israel based Honenu organization. Hosted by the Zionism Museum and Education Center headed by director Stephen L. Epstein, the attendees sat in rapt attention as Shalom Pollack, the assistant director of development for Honenu, delivered both an enlightening and exceptionally informative address on the escalating assault on the legal rights of soldiers and citizens in Israel.

Established in 2001 by Hevron resident and active Israeli soldier, Shmuel Meded, Honenu is a non-profit legal defense organization that provides free legal counsel to those Israeli citizens and soldiers who find themselves persecuted by government authorities and an Israeli court system when acting in self-defense against Arab attackers. Mr. Pollack noted that the court system in Israel is heavily influenced and pressured by anti-Israel groups and non-governmental organizations who purportedly champion “human rights” such as B’Tselem, Peace Now, Machsom Watch, the New Israel Fund and the Association for Civil Rights in Israel. These organizations receive funding, he said, from the European Union and controversial billionaire George Soros.

While serving in the Israeli army and having personally experienced the complicated and constricting realities of combat against a creative and disguised enemy, (where the strict rules of engagement often put soldiers deployed on life-saving missions at enormous and even unnecessary risk), Medad created Honenu to counter this lack of integrity and care for Jewish preservation. Acting as a positive and assertive influence in the political and judicial sectors, Honenu’s mission also includes working towards re-addressing proper standards of impartiality and fairness.

Honenu points out that any Jew who acts in self-defense against hostile Arabs or defends their fellow soldiers, families or property has quickly discovered “the bitter truth of an agenda to restrict self-defense and punish those exercising any such inclination.” In a matter of moments, says Honenu, a decorated and respected officer could become victim of an arrest and trial with serious consequences including dismissal from army service, home confinement and incarceration.

Mr. Pollock, an American born Jew who now lives in Israel, comes to Honenu with an impressive list of credentials. Having served in the Terrorist Prevention Unit of the Israeli Navy, he is also a veteran tour guide, consultant, journalist and public speaker. “I became involved in Honenu during the time of the explusion of the Jewish residents of Gush Katif in the summer of 2005,” says Mr. Pollock. “My son, who cares very dearly about this issue, went down to Gush Katif to see if he could help those living there and witnessed an Israeli officer severely beating an elderly man. My son got involved and tried to break up the altercation and was arrested. While in the pen with many other people, an attorney from Honenu appeared and intervened on my son’s behalf and secured his release. It was then that I decided to devote my time to helping Honenu.”

The audience was treated to a video presentation of Honenu’s diligent work in defending Jewish legal rights in Israel that featured an approbation from former Chief Rabbi Mordechai Eliyahu and the statements of Bronx born Jewish activist and attorney Baruch Ben Yosef. The startling video focused on personal narratives of those Jews who found themselves on the wrong side of the law for attempting to save their own lives.

Kalman Liebskind, a writer for the Israeli newspaper Ma’ariv and a secular Jew, came under attack by Arabs as they stoned his car near near his hometown of Lod, near Ben Gurion Airport. In a state of shock and utter dismay, he reported the incident to the police. After apprehending the Arab culprits, the police informed Liebskind that the Arabs had lodged charges against him for threatening them with a weapon. He was then arrested and a police investigation was launched against him. Subsequently, he penned an article about his most horrific experience and credited Honenu with providing him with counsel.

Ze’ev Braude is yet another Jew who was pelted by stones thrown by mob of seething Arabs. While he brandished his gun and shot and wounded some of them, they continued the vicious attack. After their arrest, the Arabs lodged an official police complaint against the real victim and Braude was arrested and interrogated. It was Honenu who came to his defense.

Most shocking of all was the case of a young man named Chaim Perlman, who as a member of the Kahane youth organization, had raised an Israeli flag over the Temple Mount. Several years later, Perlman married and had several children and settled into a a life as a devoted family man and a physical education teacher. The authorities in Israel, however, labeled him as an “ideological criminal.” Through a series of phone calls and meetings, several agent provacateurs from the Israeli Secret Service posing as right wing zealots attempted to entrap Perlman by enticing him to commit illegal acts such as murder.

Constantly refusing their exhortions, Perlman soon caught on to the ploy and unbeknownst to the Shabak agents, started taping their conversations and dsitributed them to the media. Outraged by what he had done, the agents of Shabak had Perlman arrested and charged him with the murder of four Arabs over 12 years ago. Representativves of Honenu reported that Perlman had been sadistically beaten and tortured while in prison. Honenu atteroneys rushed to his defense and he was released from prison after spending 31 days there.

Taking note of the fact that the word Honenu means “mercy,” Mr. Pollock said that “every year, Honenu helps over 1,000 people” and added that, “any Jew who finds himself arrested on behalf of Klall Yisroel will be afforded an attorney.” To date, Honenu has assisted over 15,000 Jews who have acted on behalf of the preservation of the Jewish people and among these are soldiers of all ethnic backgrounds, citizens of every corner of the country, including men and women, old and young, secular and religious, city dwellers and farmers.

Assisting each client in every stage of legal consultation, Honenu begins advising and consulting with the client from the very first “incident” and charge by providing an attorney who will remain at the side of defendant throughout the entire legal process. Honenu advises through the arrest process, the trial and possible plea, and continues to guide and defend the client, if applicable, throughout the incarceration period. Honenu lawyers are also present for all court motions and appeals on behalf of each client. If an individual is either found guilty of a crime or incarcerated, Honenu will facilitate an appeal and will offer the individual and his family financial aid within the limits available to the organization.

“What is most revealing,” says Mr. Pollock, is that “recently during Parshas Chaya Sora in Hebron, when the city is jam packed with Jews from all over the country and the world, the members of the anti-Israel, radically left-wing NGOs such as B’Tselem and the New Israel Fund were present, eagerly awaiting a provocation between Jews and Arabs so that they could record it. They even provided Arabs with cameras to take pictures. It is clear that the enemies of Israel are well funded by George Soros and others of his ilk and now Honenu needs to reach out to our brethren for funding to battle this dangerous scourge.”

Also addressing the audience was Lori Fine, a member of the Americans for a Safe Israel (AFSI), who had just returned from the organization’s bi-annual “Chizuk” mission to Israel. “What we witnessed in Israel was truly shocking. The boldness of the Arabs has grown exponentially. They are given a free hand to attack Jews,” she said. Telling of her experience of planting trees on an Israeli settlement, the AFSI group was set upon by Arabs who provoked a physical attack against them for planting the trees and attempted to chase them off the land.

“I am here in the US on this speaking tour not only to collect the requisite funding for Honenu, but to create a nucleus of concerned individuals who truly support the work that we’re doing,” said Mr. Pollock. “I have met with groups of influential rabbis and community leaders and most of them are not aware of what is really happening in Israel to those who defend themselves. The reaction that I’ve received has been remarkable.” He added that, “the most crucial aspect of Honenu, is to educate people about grave situations that many of our brave brothers and sisters face each day in Israel. It is our duty to stand up and speak out against injustice and that is exactly what Honenu is doing.”

3 thoughts on “Standing Strong For Our Brethren”