Remember the favorite Christmas time story by Charles Dickens, “A Christmas Carole“, about Mr. Scrooge, who was visited on Christmas Eve by the Ghosts of “Christmas Past…Present…and finally, the Grim Reaper of Christmas Future?”

The same thing may be happening right now to a growing number of Congressional Democrats, who are probably suffering from the “guilt” they are repressing as a result of the “Christmas Past” they created for us all–the 1995 and 1999 Community Reinvestment Act (CRA) amendments, passed by a Democrat-dominated Congress, then signed into law by Democrat President Bill Clinton.

The 1999 CRA Amendment, also signed into law by Clinton, proves that it was also actually the Democrats, particularly Sen. Chris Dodd (D-CT) and Charles Schumer (D-NY), leading the charge for their Wall Street cronies in the repeal of the Glass-Steagall Act–the “bank de-regulation” that Democrats always decry and blame on Republicans.

Briefly, the amendment was implemented in the form of new banking regulations, mandating that banks extend mortgage loans to people who could not qualify for a traditional mortgage, typically due to low or no income and credit scores–and, the banks were directed to meet a “minimum percentage” (quota) of the population in each branch bank’s market “territory.”

If the banks failed to reach these quotas, they would fail the regulatory inspections–meaning that they could be closed down, as punishment.

The [obvious] objective of the CRA Amendment: redistribution of wealth from those who have (largely Republican and Independent voters), to legions of mostly Democrat voters (except for the “Limousine Liberals”), to solidify the unwavering voting loyalty of this voting block forever–the prime directive of the liberal/socialist oriented Democrat party.

In essence, this would be transferring “Big Bank” and “Wall Street” wealth to low income mostly Democrat voters–sounds like the Obama Administration of today.

The problem with the CRA Amendment: Neither the new amendment nor the new regulations, specified any means or methods by which to accomplish what would basically be financial “suicide” for the banks. These regulations would “force” them to make a lot of loans that were destined to become non-performing, in bad neighborhoods, and have to be foreclosed–thereby “robbing” them of net profit and stock market value.

The results of the CRA Amendment: In an attempt to accomplish this contra-logical (as most are) government mandate, the banks teamed up with Wall Street and designed “Sub-Prime Mortgages,” that would be bundled and sold off to investors (Frannie Mae and Freddie Mac hold 50% of all such mortgages now), each “insured” against loan-default by a derivative manufactured on Wall Street, called a “Credit Default Swap (CDS).”

The Sub-Prime Mortgage and Housing Market Meltdown: What happened after nearly ten years of such anti-free market behavior, is essentially like a giant game of “musical chairs,” where at the top of the market in 2007, when [new] home sales quickly declined, investors walked away from homes that were foreclosed upon, leaving loan to value ratios upside down, triggering the default swaps, creating liquidation calls, that accumulated against the net capital of the investment firms holding the swaps in their portfolios.

This promptly created a cavalcade of mortgage company bankruptcies, beginning with such big names as Countrywide, IndyMac and GMAC. The large investment firms that held the swaps followed fast, beginning with Bearn Stearns, then Lehman Brothers–the largest bankruptcy in U.S. history.

“Christmas Present” is brought to them by the endless cries for help from a very vociferous percentage of their constituent homeowners, who have seen the market value of their homes drop like a water fall, “drowning” them in the negative home-equity.

So, as usual, they are attempting a cover up by using taxpayer money to fix the problem, via significant public and political pressure on the Conservator of Fannie Mae and Freddie Mac, Edward DeMarco.

However, to his credit and their collective chagrin, he has steadfastly refused to capitulate to their demands to “write down” the principal amounts for underwater mortgage holders, according to Judson Berger’s FOXNews article today.

These Democrats, along with many others, are scared to death that the “Grim Reaper of Christmas Future” will manifest as the end of the Democrat Party as they know it–when too many people eventually learn that their legislative attempt at socialist wealth redistribution actually caused the greatest financial and social disaster in America, since the Great Depression.

Isn’t it ironic that A Christmas Carole, first published in 1843, was actually intended to satirize 19th century “Industrial Capitalism” in both America and Britain–but now, obviously works equally well to “frame” the greatest Democrat-led push for “Socialism” in the 21st century?

Harold Meyerson is an op-ed columnist for the Washington Post and from 1989-2001 worked as Executive Editor and Political Editor of the LA Weekly. He is considered one of the most astute commentators on Los Angeles politics. Meyerson is also a long-time Vice-Chair of Democratic Socialists of America (DSA), the largest socialist organization in the United States.

Who is this journalist and what is the extent of his involvement with the U.S. Left? With parents belonging to Norman Thomas’ Socialist Party USA, Meyerson received an early introduction to Socialism. By 1968, at age 18, the young Meyerson was working as an aide to the Soviet-connected Senator Eugene McCarthy. His involvement with the DSA began around the early 1980s when he was listed as an at-large Los Angeles Council member for the organization. In 1983, he was a delegate to a DSA Conference in NYC. Alongside leftist leaders Michael Harrington, Cornel West, Barbara Ehrenreich and others, Meyerson spoke at the DSA’s second National Convention held in Berkeley, CA. By 1993, he was listed as a “key” California DSA contact. In a March 1998 internal memo, Los Angeles DSA leader Steve Tarzynski listed himself, Stanley Sheinbaum, Mike Davis, Meyerson and others who he thought should “gather periodically to theorize/strategize about how to rebuild a progressive movement in our metropolitan area that could challenge for power.”

But Meyerson has not only been heavily involved in the DSA. In 1982, he was a committee member of the Socialist Community School in Los Angeles. In 1996 alongside Robert Borosage, Frances Fox Piven and others, he was one of the original 130 founders of Campaign for America’s Future. Circa 2002, he served on the Advisory board of the DSA-dominated Progressive Los Angeles Network. In 2009, he was a member of the Editorial board of the DSA-aligned Dissent Magazine and also Editor-at-Large of The American Prospect. In 2010, he spoke alongside Barbara Ehrenreich; Christopher Hayes, the Washington Editor of The Nation; Gerry Hudson, Executive Vice-President of the SEIU; Liz Shuler, Secretary-Treasurer of the AFL-CIO and others at a Dissent Magazine-sponsored seminar entitled, “Labor, the Left and Progressives in the Obama Era” in Washington, D.C. 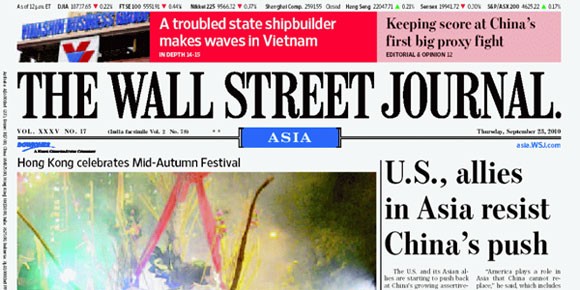 Read the transcript at Glenn Beck…