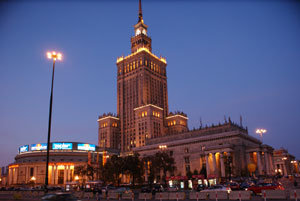 In the name of the International Civil liberties Alliance, I would like to express a deep concern over the repetitive use of imprecise, confusing and ambiguous concepts and words in OSCE forums and working materials. For several years some State members, NGOs and experts have repeatedly used the word “Islamophobia” and the concept of”religious hatred” even though these expressions have no precise meaning nor internationally accepted definition.

The repetitive use of meaningless or ambiguous concepts, especially if they are used as tools in negotiations in the field ofHuman Rights and eventually lead to their curtailing, has proven to be very unproductive and in some cases clearly damaging for individual freedoms in several state member countries.

The word “Islamophobia” has been intensively used by the Organization ofIslamic Cooperation and its satellite organizations in the voluntary simultaneous dual meaning of hate and prejudice against Islam as a religion or doctrine and against Muslims as a group or as individuals.

“Religious hatred” has also been intensively used by OIC and satellite organizations to ambiguously describe an antagonistic feeling against a religion or doctrine and or against religious groups and often without any reliable way to know which meaning is used.

Expressions with dual meanings cannot be used as tools in rational thinking or discourse and therefore can have no place in an international assembly such as OSCE, where serious issues are discussed.

To allow sincere and constructive dialogue and cooperation between state members, NGO’s and exterior participants, IClA ask ODIHR to systematically provide a precise definition of both the expressions “Islamophobia” and “religious hatred” each time they are used in a document and, in absence of precise definitions, to adopt a by-default non-receivability rule for all document containing one or both ofthose expressions.