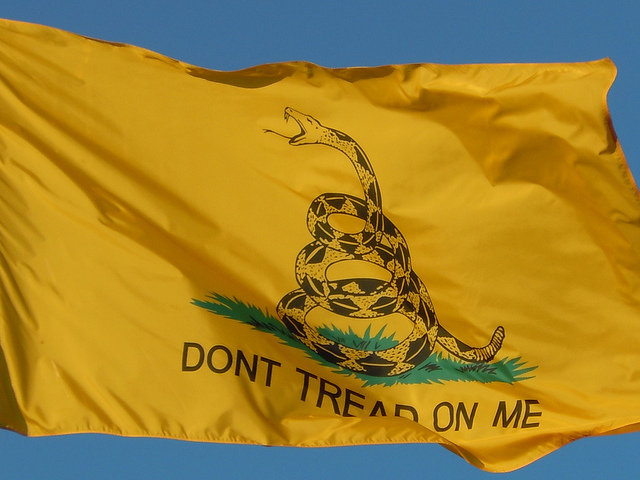 This week, Glenn Beck revealed a story that I knew of some time ago — not all the details, but the gist of it. When it occurred last year, I was horrified. But I believed that it would sort itself out in the end. I saw some negative fallout, but FreedomWorks seems to have recovered or is in the process of doing so. They are a wonderful organization and Constitutional Conservatives need them and the Senate Conservatives Fund led by Jim DeMint badly. These are the good guys and the Progressives on the Right are intent on taking them out. This story is now timely, because the coup that occurred in FreedomWorks last year during the election, is now being attempted in Congress.

It all began, Beck said, in what he believes was late August when he was getting ready to do a number of events with FreedomWorks.

“It’s about 4:00 in the afternoon and I get a call from the president of FreedomWorks, Matt Kibbe, and I can hear the distress in his voice,” Beck said. “[Kibbe said], ‘Glenn, I’ve just been escorted out of my office by armed guards and told not to come back.’”

Kibbe added that he wasn’t the only one forcefully escorted out, and that they had been hijacked, so to speak, by the “old guard” GOP establishment.

“There was a coup during the election, and it was powerful,” Beck said. “They were trying to get rid of the libertarian, Tea Party-minded power players, and first and foremost on that hit list was Matt Kibbe and his allies. They didn’t like the fact that FreedomWorks was cleaning house in the GOP…that they were targeting people like Orrin Hatch. It didn’t sit well with the Karl Roves of the GOP world…”

An unnamed leader of FreedomWorks then called Beck and tried to blame the carried out thuggishness on Kibbe’s actions. Beck didn’t fall for it. I’ll name names here – that caller was Dick Armey. For years, I’ve heard that Armey was of the old Republican guard. I was willing to give him another chance in FreedomWorks to redeem himself. He failed in a spectacular fashion. After he was himself removed and the other Progressives were chased out, he ran straight to Media Matters and Progressives on the Right such as Karl Rove and Mitch McConnell.

“His face never saw the light of day on my program,” Beck said. “I hung up the phone with him, the next day I called board members of FreedomWorks… and we said we support the libertarian voice, and if you allow this coup to sit, we’re done and we’ll expose it.”

“It wasn’t even a week later the board took a vote and decided to reinstate Matt Kibbe as president,” Beck said. “All the libertarians that had been escorted out – reinstated all of them, and then escorted the leader of this coup and his cronies out the door for good.”

This drama was covered by The Washington Post and Mother Jones, two liberal Progressive rags who delighted in what they saw as a victory for Marxism.

From John Galt comes more clarity on the events:

The article from the Washington Post is more than happy to illustrate how a wealthy benefactor Richard J. Stephenson bought off former Republican Majority Leader Dick Armey to keep him away from the group for a healthy sum of money:

The coup lasted all of six days. By Sept. 10, Armey was gone — with a promise of $8 million — and the five ousted employees were back. The force behind their return was Richard J. Stephenson, a reclusive Illinois millionaire who has exerted increasing control over one of Washington’s most influential conservative grass-roots organizations.

Stephenson, the founder of the for-profit Cancer Treatment Centers of America and a director on the FreedomWorks board, agreed to commit $400,000 per year over 20 years in exchange for Armey’s agreement to leave the group.

I guess even mercenaries have a price to quit a war while they are unscathed and ahead.

Unfortunately, Armey will put that money to evil use against Conservatives. Bet on it.

Mitch McConnell and Peter King have both ruthlessly attacked Ted Cruz and Mike Lee. They hate them because they are part of the Tea Party movement and stand on Constitutional principles. Can’t have that in DC – they don’t want the people to have the power and the say – that belongs to the elite don’t ya know. The power and money involved in this tussle is monumental and the Progressives on the Right are absolutely corrupt. They are the same as the Progressives on the Left – they are Marxists and want the destruction of all the Founding Fathers stood for and America on her knees, so they can reform the government, realign the power structure and ensure their continued and increasing wealth. It’s Mr. Potter a trillion fold.

From the twisted reporting of the AP, you can see the approach of a titanic clash (it seems I add to the list of Progressives on the Right for the next book every day):

DES MOINES, Iowa (AP) — From county chairmen to national party luminaries, veteran Republicans across the country are accusing tea party lawmakers of staining the GOP with their refusal to bend in the budget impasse in Washington.

The Republican establishment also is signaling a willingness to strike back at the tea party in next fall’s elections.

“It’s time for someone to act like a grown-up in this process,” former New Hampshire Gov. John Sununu argues, faulting Texas Sen. Ted Cruz and tea party Republicans in the House as much as President Barack Obama for taking an uncompromising stance.

Former Mississippi Gov. Haley Barbour is just as pointed, saying this about the tea party-fueled refusal to support spending measures that include money for Obama’s health care law: “It never had a chance.”

The anger emanating from Republicans like Sununu and Barbour comes just three years after the GOP embraced the insurgent political group and rode its wave of new energy to return to power in the House.

A war is brewing in which we will either rid the GOP of the Progressive leaches and send them the way of the Whigs, or we will go down trying and the nation will fall under iron-fisted despotic rule. We must find and elect Conservatives that embrace truly Conservatives ideals as Ted Cruz, Mike Lee, Rand Paul and a host of others do. We have to kick butt by a huge majority in 2014 and 2016. Let’s send these fascist thugs back to hell where they belong sipping their martinis and plotting world domination. Dick Armey and the Progressives on the Right will be dining in Hades with the Left, mulling their Conservative betrayal. Constitutional Conservatives – you ready for a fight?