An outstanding man and retired military officer has launched an equally outstanding program for actually taking back our country from the c5iminal enterprise now running it and ruling over us. We thank and offer a salute to Colonel Harry Riley for his service in our military and for his service now. 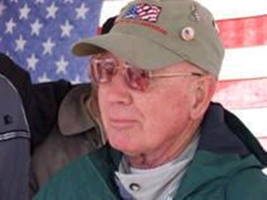 Military service Biography: He is a graduate of the Department of Defense Junior Officer Cryptologic Career Program and the Army Command and General Staff College.

Sher: Thanks so much for being here, today, Col. Riley. You have taken on quite a task with “Operation American Spring” that has now gone viral on the Internet. Would you tell the readers what inspired you to begin the program, which is designed to lead toward the occupation of Washington D.C. in May?

Col. Riley: Five years of America screaming for some resolution from the tyrannical, dictator like regime that is taking American into the abyss….we’ve shuffled paper to congress, the media, town halls, every conceivable avenue to no avail. America is sinking desperately closer to a dictatorship…Barack Obama has no intention of adhering to the US constitution. The people of Egypt gave me inspiration…they said “enough is enough”, took action by the millions to reach a solution. Their model is applicable to America as we find ourselves in an undesirable, tyrannical regime…..we are not modeling the Egyptian government, nor their military…it’s the action of the Egyptian people we’re modeling. Our government structure is fine, our Founding Fathers were brilliant, so we’re happy with America government structure, except the tyrannical leadership in Washington, D.C.

Sher: During our recent conversation, you indicated that you are working with a small staff to accomplish your goals. After so many recent firings of our military leaders, one would think these leaders would be ready to expose Barack Obama for whom and what he really is. Why do you think so many high-ranking military men have been reluctant to say anything about this man who is openly and systematically destroying the USA and its Constitution; the Constitution that they have sworn to uphold?

Col. Riley: We have a number of high ranking military leaders who are in support of a gigantic “movement to action” in D.C. as we discuss in www.patriotsforamerica.ning.com We are witnessing exponential attention and emphasis from “grass roots” America. That’s where this mission, Operation American Spring is coming from.

Sher: Please give us an overview of what you hope to accomplish with Operation American Spring and how you plan to accomplish it.

Col. Riley: Our stated goal is “constitutional restoration”. We can only do that by removing criminal, self-serving politicians who are in leadership positions in Washington, D.C. We list those on our web site but here is a start of those to remove: Barack Obama; Joe Biden, Harry Reid; Mitch McConnell; John Boehner; Nancy Pelosi; and Eric Holder.

Sher: The new National ID Law–which is eerily reminiscent and has many of the same earmarks of NAZI Germany’s travel restriction laws–are due to be enacted this year and completed by 2017. Both DHS and the TSA have been named as the primary agencies to enforce this “papers please” unconstitutional action. If, indeed, it is being enforced by May of this year, do you see it as being a tool for the federal government to restrict if not stop those who are traveling to attend the D.C. planned protest and occupation?

Col. Riley: Nothing will stop America from going to D.C. unless a martial law is enacted, stopping all traffic completely. But, I’m not convinced our military will obey Barack Obama if he does in fact call for martial law……America will not stand for it for sure. What justification is there for martial law? Operation American Spring is totally peaceful, non-violent, unarmed except for our constitution and Biblical principles. Would a government that adheres to the constitution fear the voice of the American people? A government of tyrannical leaders would…so what do we have. Operation America Spring will be a gigantic, massive gathering of America, reflecting the greatest “Town Hall Meeting” in history, anywhere.

Sher: Are there any particular areas where you need the most assistance in bringing this program into reality? Where can those who want to help you make this effort as successful as is possible get in touch with you?

Col. Riley: Our central coordination point is www.patriotsforamerica.ning.com Those who love freedom, liberty, and want to see our Constitution restored, should join us. Read the mission, assumptions, concept of operation, and dialogue…tell us what you can do to support the mission and we will find a place on our staff teams…this “movement to action” will not be easy, not for the faint heart………but in America we rise to threats and the Obama regime and his lackeys in Congress are the enemy.

Sher: Colonel, thanks again for your time and we hope you’ll get back with us and provide regular updates.

Col. Riley: My pleasure…may God guide what we believe is an honorable action, guaranteed to America by our Constitution, Declaration of Independence. Our Founding Fathers were sheep dogs in guarding the flock and taking the fight to wolves… Operation American Spring is a “movement to action” by modern “sheep dogs.”