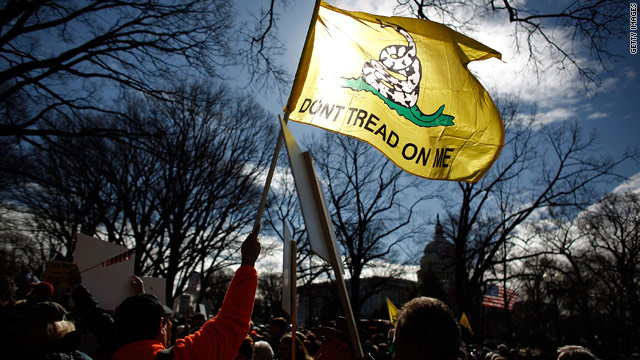 Richard A. Viguerie is absolutely right when he calls most of the Republican leadership “boneless wonders.” And as Senator Rand Paul correctly labeled the CRomnibus, it is an “abomination of a bill,” and it passed narrowly last night thanks to the betrayal of John Boehner. Boehner lied himself silly as he did exactly what I predicted he would do… he claimed that the Republicans didn’t dare shut down the government and had to pass the CRomnibus to find out what was in it, a la Pelosi. He also claimed the good in the bill, outweighed the bad. So many lies in such a short time. He went all the way with Obama, knowing that the President would kick him out of bed in the morning. Conservatives were Grubered by Boehner and the other Progressive RINOs who wanted everything they passed – they also gave Obama ALL he asked for and oh, so much more.

Every Republican who voted for the CRomnibus must be targeted in primaries and gotten rid of. They are cancerous to the Republic – they are Progressives on the Right side of the aisle and are every bit as much a danger to our country as the Progressive Liberals are. Every one of these Republicans owns this. They weren’t ‘forced’ into anything… they chose this because of money and power. It’s as simple as that.

You can start with House Rules Committee Chairman Pete Sessions of Texas as one of your primary targets. He was one of the key architects of the CRomnibus. Hear that sound, Sessions? That’s you being voted out in 2016. You can join your Marxist buddies in the unemployment line or jail, whichever comes first. Then you can add Majority Whip Steve Scalise of Louisiana, for his pushing this monstrosity. He was spanked by Governor Jindal and Senator Vitter over his naughty doings, but to no avail. Let’s not forget the truth-challenged House Appropriations Committee Chairman Hal Rogers of Kentucky – he has earned target status as well. America needs to hold these guys and every other who voted for the betrayal of the Republic with this CRomnibus bill accountable for their actions. We won’t forget. Not a chance.

Did you know this bill gives Social Security to illegal aliens? Were you aware of the massive earmarks/pork in the bill – giving goodies all around? There’s also $250 million more than Obama requested for the Environmental Protection Agency in the “CRomnibus” and no policy rider to stop the destruction of America’s coal industry, or restrain the resulting increase in consumer electricity costs. The bill also gives $575 million to international family planning – that’s right… abortion. It funds Obamacare too. Is this what you voted for? Are these conservative principles? The whole thing stinks to high heaven as Sarah Palin astutely put it.

It stinks to high heaven. Did arrogant politicians not get the memo that Obama’s agenda was decisively defeated in last month’s historic midterm landslide? Good Lord, America said loud and clear not just “no” but “hell no” to Obama’s failed policies. Americans who pay attention said absolutely no to Obama’s amnesty for illegal aliens.

We also said no to the mother-of-all unfunded mandates, Obamacare, and voters believed promises that they would ratchet down the $18 trillion debt. Well, our bad for apathetically trusting politicians. No, on second thought, it’s not “our bad.” Some of us warned and worked hard to elect candidates who would buck the status quo. Many conscientious Americans did all they could to open the eyes of low-information voters. It was tough going up against Obama’s lapdogs in the media and the power liberals have to play their politics of personal destruction against commonsense conservatives.

But really how out-of-touch do these politicians have to be to misunderstand our recent mandate to stop Barack Obama’s fundamental transformation of the greatest nation on earth?

Jenny Beth Martin, co-founder of the Tea Party Patriots, evidently agrees with me as well. Right after this atrocious bill went through, she tweeted: “Speaker Boehner & House GOP leadership have found a way to needlessly squander political capital, after being handed a historic majority.” Not to be trite, but the deal was literally brokered in back rooms full of cigar smoke and with bourbon flowing – this time it wasn’t an SNL skit either. In that room, a devil’s pact was made over Amnesty and the RINOs enthusiastically signed their souls away.

The bill passed with just a couple of hours left before the deadline – 219 to 206. Over 1,700 pages that no one had time to read, but they had time to spend over $1 Trillion on it. Oh, yes they did. The celebration of winning the election for Republicans came to an abrupt halt – none in the Tea Party expected these corrupt birds to change the color of their feathers, but hope dies hard. I take no joy in saying ‘I told you so’ over all this.

One last minute rider in particular – a provision that would effectively raise the amount that high net-worth donors can contribute to political party committees from $97,250 to $777,600, was an egregious slap in the face to the Tea Party and conservatives. It basically ensures that fat cats are the only ones who can afford to run and it is a blatant attempt to shut out Tea Party candidates. The rider would give the Republican and Democrat Party establishments huge advantages in battles with primary challengers to incumbents.

Talk radio host Rush Limbaugh railed against provisions in the cromnibus that relaxed campaign finance rules on Friday, saying that it was designed to “basically eliminate [the Tea Party] as a viable threat,” and “how corporate America is going to defeat the Tea Party.”

He explained “that campaign finance stuff…I’m going to tell you exactly what that is…the limits have practically been obliterated which means that corporate donors can just start giving left and right.”

Limbaugh continued “This is how corporate America is going to defeat the Tea Party. By allowing limitless donations from that crowd under the rubric that its campaign finance and money is speech and freedom of speech and 1st Amendment, the theory is that Main Street, Tea Party people can’t come close to competing with corporate money and so it is a Republican Establishment ploy that kind of dovetails nicely with Obama siccing the IRS on the Tea Party to basically eliminate them as a viable threat by relaxing a regulation in Dodd-Frank that pretty much permits corporations to spend any kind of money they want on politics.”

Earlier, he declared “our Speaker of the House [got] in bed with Obama and advances the Obama agenda, takes care of it, amnesty, Obamacare, fully funded, done deal, the election must not have mattered.”

The heroes in the House who voted against this betrayal deserve to be listed here:

These individuals should be looked up to and thanked for their bravery, honesty and courage. Now, the CRomnibus goes to the Senate where it is sure to pass given its current political makeup.

Are the Republicans so deaf, dumb and clueless that they can’t battle corrupt Democrats even when they control the House and the Senate? Or are they just as corrupt as the Progressive Liberals? Both is the answer. Just more arrogant elitist bull crap… slapping each other on the back, wallowing in their greed for power and money – they feel as though the party will never end. But walking on the wild side always has a price and Americans won’t take this much longer. The RINOs are going to find themselves on the wrong dance card after waking with a major hangover and the realization that the tab has come due and Obama doesn’t love them in the morning. Suckers. All the back room deals, lies and manipulations, just simply delay the demise of the Republican Party. But an accounting is coming and soon.

Boehner’s dirty deals with Obama have increased spending by $3.8 Trillion in 3.8 years. It’s just flat out criminal what they are doing to this nation. It is suicide and they know it and just can’t seem to care evidently. The arrogance of Boehner and his cronies is stunning. He wouldn’t work with conservatives at all on the CRomnibus. That pretty much says it all, folks. We had a view to a kill last night in America and Boehner strangled the Republic while high-fiving his Progressive buds.

Representative Louie Gohmert (R-TX) said that conservatives in the House heard “not one word” from House GOP leadership on compromises to make changes to the cromnibus in order to get conservatives to vote for it even though “we were willing to work with them to compromise” on Thursday’s “Hannity” on the Fox News Channel.

“There was no encouragement to conservatives. The Speaker and Majority Leader, these folks knew there’s money for abortion, money for the EPA to hurt states like Texas, Arizona. There’s just all kinds of money in there for things we don’t support. and, Sean, you and I know some of us had gone to our leadership and said, ‘look, we can do this very easily. Let’s do it together with conservatives. That’s the bulk of our conference, don’t make them take a wrong vote. Let’s fund everything for two months. Let us have a vote on defunding Obama’s amnesty, and we’ll even agree that the Senate can take it out if they take the hard vote to do that and let it go from there to the president.’ We were willing to work with them to compromise, and not one word, as you know, the calls went to the white house when in a time that the speaker needed votes he turned to somebody that he really identifies with, the president and liberal Democrats and got them to help him pass this vote” he stated.

This is what it has come to – one party… the Progressive Party. Where Boehner and the RINOs identify more with Obama and the Liberals than conservatives, the Tea Party and America in general. Let America eat cake. Never mind the smell.