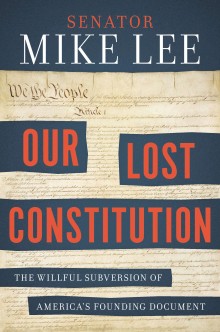 One thought on “Our Lost Constitution: The Willful Subversion of America’s Founding Document – A Book Review”