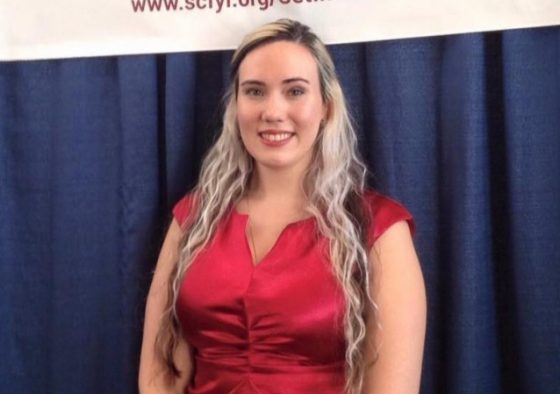 To my dear friends at the Young Republican National Federation:

As the head of our national communications my voice is part of our message, and I am intrinsically tied to it. Therefore I must step down. I cannot live with being seen as supporting a candidate I truly feels tramples on all of our values. Even if we, as an organization, focused exclusively on congressional candidates, we would still be seen as complicit. It would be impossible to resist the pressure to push for a straight-R ticket when we campaign.

The role of the Communications Committee is to reach our members and the public with our positions in support of our parent party. Unfortunately, the RNC has decided to embrace this candidate as our standard-bearer. So every press release, every tweet that does not denounce Trump will be seen as capitulating to the GOP. Our social media accounts have already seen messages from people announcing their support of Donald Trump and invoking our organization. I cannot be part of that. No matter how loud I am in my renouncement of Trump, my title will still betray me. I want no part of a racist, fascist, hateful presidency.

There is no easy answer to the situation our party is in, but I believe we would do much more for our country by standing together against Donald Trump. We have been told for years how we are the future of the party, this is our opportunity to seize that future. But if we have instead decided to uphold a man who does not represent us or our views — a man that has belittled war heroes, explicitly stated misogynist beliefs, relied on intimidation of minorities, insulted our international allies, rewarded violence, championed divisive rhetoric and proved completely uneducated in conservative fiscal policy — I cannot participate in that. When each of us decided to get involved in politics, we all hoped to change our county, our state, our nation for the better. We sit on the edge of history now, a choice to be made.

…I cannot support a candidate who endorses bigotry and lawlessness, with a minimal understanding of the fiscal policies long associated with our party, even if he does have an “R” after his name. I could not later tell my children I did the right thing, instead I would have to live with allowing my politics to be corrupted. I cannot stand by and continue to write newsletters and posts that so strongly conflict with my personal values. I will not surrender my beliefs.

This is not the way forward. I will not quietly fall in line. I will not give up my principles.

I will always be #NeverTrump.

After taking some time to weigh her options and talk to her family, Jorgensen decided “now was the time to step back from this position.” She intends to continue her work with YRNF’s International Outreach and as South Carolina Chair, and to spend the next few months supporting down-ballot Republican candidates. That is a very good path to follow.

As Glenn Beck said this morning, this is a time where we have to start holding up people of courage and people who are brave because they are in the minority. When asked specifically what statements Trump has made that bother her, this was her reply:

“I very much worry that there would be a suspension of the Constitution and that he would change the way that we do things,” Jorgensen said. “But obviously, the biggest issue would be the breakdown in the way that our country was founded… I think that there is a lot of similarities to him and certain dictatorships, at least in his rhetoric.”

This is a choice all of us have to make now. Mine is made and there is a growing number of patriots who feel the same way. We will have to join forces to make plans so that we can salvage what is left after this next presidency. It will not take just a couple of years or even election cycles to recover from this now. It will take decades. Brace for impact and steel yourselves for the most important fight of your lives. What we do now, will determine the future of our children and nation and this will not be an easy task. But just as during the Revolutionary War, it only takes a small percentage of patriots to turn the tide. Now is the time for all patriots to decide their path and to double down in the fight… not give up.

Shame on those who so easily set their principles aside in the name of winning. You have no idea what you are about to create, but I guarantee, it is not what you think it is. Those who say the time of constitutional conservatives has passed have no idea what they are talking about. Our time has just begun and now we are sorting the wheat from the chaff. It is an enlightening process and necessary for true conservatives to survive.

I admire Katrina Jorgensen and her strength of character. Donald Trump is a tyrant in waiting and he will most likely be our next president. I too will not quietly fall in line and we do indeed sit on the edge of history… What we do now moving forward will determine the fate of our nation. I choose to be remembered as someone who fought for the Constitution, not for populism and a reality TV presidency. I will NEVER get on the Trump train.