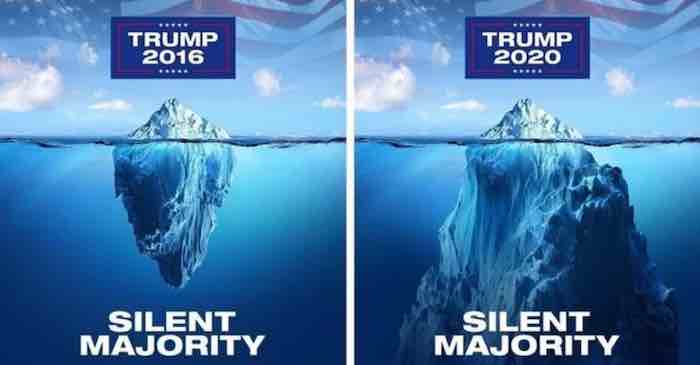 Last March brought us the results of the caucus and primary votes of the Democrat 2020 contest for the U.S. presidency. Out of a U.S. population of about 330 million—some stats include 40 million illegals, which brings the total to 370 million—the best Democrats had to offer was about 15 unimpressive candidates who the public saw through and sent packing. Left in the contest were:

But uh oh. When the DNC and Hillary & Co. saw the crowds that a feisty and passionate Sen. Sanders was attracting once again—and knowing that he would not obediently follow the agenda of the “insider” leftist-globalist-Islamist playbook they had been working to establish for decades—they once again, as they had four years earlier, engineered the ouster of Sanders in order to implant their exquisitely easy-to-manipulate candidate of choice: Joe Biden.

In short order, they garnered key endorsements, enlisted their media whores to omit any mention of “Jim Crow Joe’s” long and ignominious history of racism, and relied upon other career liars to camouflage the unmistakable cognitive decline of candidate Biden, which has worsened significantly over the past several months.

March was also the month when the China virus hit—“coincidentally” after the impeachment hoax imploded of its own fakery—and the Democrats realized that everything they had tried for four years to derail, actually to end, the Trump presidency had failed:

The China virus “pandemic” fit the Democrats’ plan perfectly—as did the “spontaneous” rise of the leftist-financed, five-months-long rampage through American cities of Black Lives Matter and Antifa, the rationale being that if “Trump’s America” was out of control, Biden’s America would make things better.

That is the same Joe Biden who echoed every word, philosophy, and plan of action his old boss, Barack Obama, put forth, for instance, Obama’s declaration to the American people that, “We cannot continue to rely on our military…we’ve got to have a civilian national security force that’s just as powerful, just as strong, just as well-funded.”

According to writer Amil Imani, “Antifa and BLM are Obama’s ‘security force.’”

And what have these “peaceful demonstrators”—as the corrupt media would like you to believe they are—done over the past five months to reassure the public that the Biden-Kalamity ticket is our country’s best path forward?

Fortunately for Trump supporters like me and millions throughout the country, these acting-out psychopaths have behaved so egregiously that they have literally insured a landslide reelection victory for POTUS MAGNUS!

That’s right, I said psychopaths. While the less menacing word for this species is sociopaths, they are one and the same. And the arch symptom of this pathology is a complete lack of empathy, the absolute inability to feel for another human being.

Reminds me of a song called “Nothing” from the musical A Chorus Line, with music by Marvin Hamlisch and the lyrics by Edward Kleban.

[And I felt] “Nothing, I’m feeling nothing”
They all felt something
But I felt nothing.

Over the past five months, Americans with their eyes wide open and ears perked, have witnessed the thugs of BLM and Antifa

Want proof? Over the past five months, Americans with their eyes wide open and ears perked, have witnessed the thugs of BLM and Antifa:

I cannot imagine even one person in America watching this hate-fueled carnage, these blatantly illegal acts, and not asking himself or herself:
Do these bought-and-paid-for goons not have parents, grandparents, aunts and uncles, siblings, and friends who work in such businesses; who have spent blood, sweat, tears, and often 25-hour days building such businesses; who depend on their work to pay their bills, care for their families?

Don’t these marauders know how painful it is to get kicked in the head, get the wind knocked out of you so you can’t breathe, see your skin peeling off from third-degree burns?

Don’t these domestic terrorists know how terrifying it is to have criminals shining flashlights into your home, threatening you and actually inflicting bodily harm, and making you afraid to shop in your own city?

Do these idiots think that after watching this criminality for five months, any sane American will vote for a Democrat?

As if to emphasize their stone-cold natures, after they commit these crimes they dance and prance, laugh, and high-five as if they’ve contributed something valuable to the world.

And one more question: Do these idiots think that after watching this criminality for five months, any sane American will vote for a Democrat?

After all, every single Democrat—including candidates Joe Biden and Kalamity—has uttered not one word of objection or condemnation while the beautiful cities of Seattle, Portland, Manhattan, Baltimore, San Francisco, Los Angeles, Chicago, Portland, Kenosha, et al., were being burned to the ground, their properties destroyed, their residents frozen in fear as they hear the anarchists’ chants of “Defund the Police” at a time when the heroic men and women in blue are more needed than ever.

Why? Because Democrats approved! So much so that Kalamity actually praised BLM during the recent VP-candidate debate!

It is no wonder that Ron Ross of Spectator.org writes that “Democrats have created scores of first-time Trump voters,” including parents, sports fans who detest seeing players insult the flag and national anthem, new gun owners, people fed up with coronavirus lockdowns, fracking fans who don’t want to see gas prices double, black and Hispanic voters who appreciate the employment offered by Trump’s booming—and now recovering—economy, the list is long.

By my computation, all this adds up to a 50-state rout for President Trump! Yep…eyes + ears = 50!