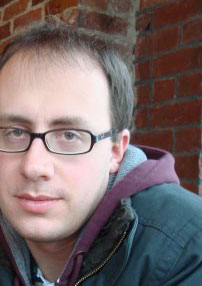 Dan Margolis is the chair of the New York State Communist Party. In addition, he writes for the People’s World covering local New York City and state issues, as well as events at the United Nations. Margolis has been active in New York City elections working as the mid-Staten Island coordinator for the 2004 Democratic Congressional campaign.

Margolis straddles the two most powerful political parties on the US left, so his take on Democratic prospects in the 2010 Mid Terms should be given some credence. Unlike most pundits, Margolis believes not only that the Democrats will not be roundly defeated in November, but that they will increase their majority.

Writing in the People’s World, Margolis tells us:

In talking about the current Democratic majority and its fate in the 2010 elections, news editors have been using words such as “slipping,” “imperiled,” and even “doomed” in their headlines.

Reading such press, one gets the idea that the Republican Party is poised to take over the country and derail a nascent era of reforms even before it gets off the ground. Some say the GOP takeover will be, perhaps, on a scale as grand as the 1994 “revolution” led by Newt Gingrich.

But April, despite the messages from the Republican Party and their friends in much of the media, is a strange time to consider the fate of a November election. And even stranger to say it’s fate is sealed. Polls are notoriously misleading. People’s opinions are fluid. And the Republican Party is on the wrong side of virtually all issues important to the American people.

To see how the Republican Party’s program is exactly at odds with the desires of the people, all one has to do is look at the attitudes of the public towards Wall Street, and then at the Republicans in Congress, where they act as the chief defenders of the Goldman Sachs and their ilk.

Margolis then goes on to draw an analogy to the 2009 New York mayoral elections.

Plus, the experience of the New York City 2009 mayoral election is instructive. Voters were told for weeks, even right up to Election Day, that the mayoral race would be a blow out. Billionaire Mayor Michael Bloomberg would defeat Democratic challenger Bill Thompson handily, the pollsters screamed. The big question, according to the pundits, was whether Thompson would lose by more than 20 points, or less.

But hardly anyone in real life seemed to be saying they liked Bloomberg. The most common refrain was, “Why bother voting? He has it in the bag.” In essence, the media was operating in Bloomberg’s camp, trying to create a self-fulfilling prophecy.

The polls were wrong. Bloomberg won by less than five points, despite predictions of victory by a historic margin. Bloomberg spent $200 million, more than any other municipal candidate in the history of the world. How come he won by such a small margin? How were the polls so wrong?

Margolis then points out an obvious flaw in political polling, those NOT counted.

Polls focus on “likely voters” and “prime voters” (those who’ve voted in the past few elections, in primaries and in off-year elections). But others have begun to register and vote. Obama won in 2008 based on the mobilization of millions of people who had never voted before. These newly-energized people weren’t counted in the polls then, and still aren’t.

That is why the Communist Party, ACORN spin-offs, Project Vote, SEIU, USAction and hundreds of other organizations will be doing everything in their power to enroll millions of new voters by November. That is why ‘immigration reform,’ union pay-offs, make-work job schemes and all manner of voter bribes will be rolled out in the next few months.

If we want to make sure the Republican extremists don’t take back the House and Senate, the movement that elected Obama-mainly labor unions, the African American, Latino and Asian communities, women and young people-has to come together in states and congressional districts across the country.

Good news is many are already mobilizing for the November mid-term elections. And many key coalition constituents are at work around big issues: health care, jobs, immigrant rights. This helps to build unity, momentum and score victories.

That’s why I am boldly predicting the Democrats will hold onto their majority, and pick up a few seats to boot.

The Republicans massively underestimated the power of the US left in the 2008 elections.

2010 may be America’s last chance to turn back the communist-socialist-Democratic Party agenda.

The Republicans need to listen not just to their own pollsters, but also to “insiders” like Dan Margolis. 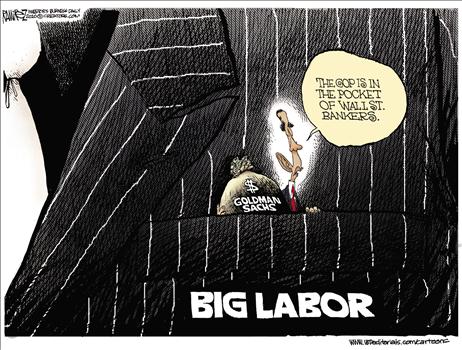 The Daily Mail – Boy, 3, arrested as terrorist in France

The Atlantic – CRIST CROSSING TO DARK SIDE; REACHES OUT FOR RAHM

The Sun – NASA: Evidence of life on Mars

END_OF_DOCUMENT_TOKEN_TO_BE_REPLACED

The Huffington Post – Why the Rush on the Puerto Rico Statehood Bill? Something Doesn’t Add Up (Hat Tip: Nancy Jacques)

PrintForTruth — April 28, 2010 — Police power in force to intimidate the peaceful and cooperative protesters — a glimpse of America’s future under the Obama administration?

Portugal deficit cut could be even bigger: minister

HOLMES: In search of an Obama doctrine

How Bad is the Lincoln Derivatives Bill?

The Bill Is Still Flawed

Obama: ‘I Do Think At A Certain Point You’ve Made Enough Money’

Want to get rich? Work for feds

Flipping houses is back in South Los Angeles

Market Manipulation and Delusions of Prosperity (The Mogambo Guru) 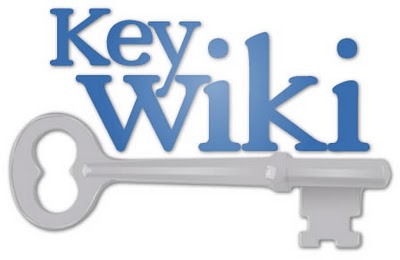