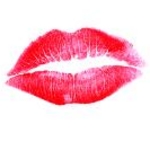 The Democratic Party and the Fascist-Marxist Tides Foundation have another industry in their cross-hairs; they want to destroy our Cosmetics Industry.

The US personal care products industry includes about 800 companies, employs thousands of Americans and has combined annual revenue in the tens of billions of dollars, but the Democratic Party will soon put an end to that through legislation.

H.R. 5786, “The Safe Cosmetics Act of 2010,” as written, is not based on credible and established scientific principles, would put an enormous if not impossible burden on the FDA and would create a mammoth new regulatory structure for cosmetics, parts of which would far exceed that of any other FDA-regulated product category including food or drugs. The measures the bill would mandate are likely unachievable even with the addition of hundreds of additional FDA scientists and millions more in funding and would not make a meaningful contribution to product safety,” as described by Lezlee Westine, President and CEO of the Personal Care Products Council.

Lezlee further states, “Strong federal safety requirements already govern cosmetics and personal care products sold in the U.S. The safety of cosmetic and personal care products in the U.S. is overseen by the U.S. Food and Drug Administration under the Federal Food, Drug and Cosmetic Act (FD&C Act), which requires that all cosmetics be substantiated for safety before they are marketed, contain no prohibited ingredients and that all labeling and packaging must be in compliance with U.S. regulations. Under the FD&C Act, it is a crime to market an unsafe cosmetic product.”

When we take a look at who is behind H.R. 5786, we find the Who’s Who of Progressives sponsoring the bill. This tells us everything we need to know about the destruction that’s about to befall our Cosmetic Industry if this bill passes.

Of the 23 Democrats sponsoring the bill, 21 of them are known Progressives with ties to radical Progressive Socialist groups that are determined to destroy US industries and jobs in their quest to then nationalize what’s left. Sponsor’s names are linked to KeyWiki, which delineates their memberships and supporters.

You’ll notice that all of the Congressional Representatives listed above who are sponsoring H.R. 5786 are associated with the Congressional Progressive Caucus (CPC), Council for a Livable World (CLW) and/or EMILY’S List. KeyWiki describes the CPC and CLW as follows:

Congressional Progressive Caucus was founded in 1991 by Bernie Sanders – the openly socialist then Congressman from Vermont, Democratic Socialists of America (DSA) and the radical Washington DC based “think tank” Institute for Policy Studies (IPS). Many members were and continue to be linked to DSA and/or the Communist Party USA, IPS or other radical organizations. From small beginnings the CPC has grown to embrace more than 80 members of Congress and two in the Senate – Bernie Sanders and Tom Udall (NM).

The Council for a Livable World, founded in 1962 by long-time socialist activist and alleged Soviet agent, Leo Szilard, is a non-profit advocacy organization that seeks to “reduce the danger of nuclear weapons and increase national security,” primarily through supporting progressive, congressional candidates who support their policies… Szilard further called for the establishment of a “U.N. Peace Court” at a 1961 Pugwash meeting in Vermont, which would have the power to pass a death sentence on any U.S. citizen or official it deemed guilty of violating “peace” and urged it have power to deputize any and all Americans to execute its sentences. The Council claims to have over 40,000 supporters who contribute to the fund to get progressive candidates into office.

EMILY’S List, a radical far-left Political Action Committee (PAC), is focused on electing Progressive Socialist Marxist female candidates to our Congress. Under a “Pro-Choice” banner, EMILY’S List was established in 1985 and wouldn’t you know it… Nita Lowey (D-NY18) has been involved with them for at least the past 22 years. Nita Lowey is supported by the Council for a Livable World and SEIU. SEIU openly professes the most famous Communist rallying cry, “Workers of the World, Unite!”

More detail about the dangers of H.R. 5786 is contained in a superb article by Terresa Monroe-Hamilton, The Regulatory Danger of the “Safe Cosmetics Act of 2010.″

I predict that – win or lose in November – the Democrat-controlled House and Senate will attempt to pass this bill when they return to Capitol Hill during the lame duck session before the new Congress is seated in January.

While they’re campaigning and misrepresenting their record and hiding their true intentions to harm our country – as evidenced by the legislation they’ve already passed – please ask all the candidates to VOTE NO on H.R. 5786, the Safe Cosmetics Act of 2010.

Many Americans have been paying attention and doing their homework and we know that the Democratic Party has been overtaken by Progressive Socialist Marxists. Progressives are in the Republican Party too. We know that this legislation is just one of many that’s designed to destroy small businesses and then nationalize US industry.

Legislation is on the table to take over our $1.62 trillion food industry, which will destroy small businesses and jobs in order to create a monopoly that can then be placed under government control/nationalized.

They’ve already done it with General Motors, our Healthcare and Financial systems, the Student Loan industry… and they’re working on taking over the Internet and our nation’s Oil Industry. They’ve ordered that 3500 offshore wells be sealed. Small oil producers will not be able to afford the $6 to $18 billion cost to seal their wells. That will destroy those small businesses and the jobs they provide in order to create a monopoly that can then be nationalized.

The writing is on the wall. Will you speak out? Will you choose sides and take a stand?

H.R. 5786, and many other bills just like it, shows that America’s free-market system is under attack and being destroyed, piece by piece, by radical Democrat politicians and this Administration. Will you speak out to preserve our free-market system by telling Congress to VOTE NO on H.R. 5786?