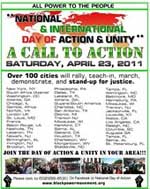 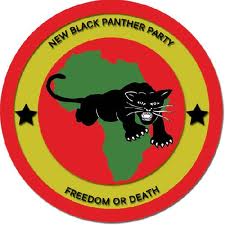 April 23rd, 2011 is the National Day of Action sponsored by the New Black Panthers. There will be protests in over 60 cities and they will also occur internationally. They are urging African Americans to boycott all “non-black” businesses and are threatening to go door to door to get in people’s faces over black justice. From their site:

And they have a whole list of the oppressed black community they seemed to be fighting for. The voice of incitement and intimidation is growing out there evidently and the New Black Panthers are one of the ones at the forefront. They want violence and revolution. They want death to all those who they “hate.” They want riots in the streets. Here is a list off their site of those they fight for:

“The National Day of Action and Unity” will bring to attention the plight of so many who are uneducated, exploited, behind prison walls, disunited, in poor health, homeless, victims of police brutality, pimped by crooked politicians, tortured, falsely accused, under developed, morally perverse, apathetic, addicted to drugs and alcohol, victims of harsh budget cuts and genocide. Special attention will be given to victims of neo-colonialism, corrupt governments, imperialism, Zionism, capitalism and inadequate concern for the Diaspora of Africa.”

I especially love the parts linking budget cuts to genocide. Of serious interest is their anti-Semite bent as well as their anti-capitalist declarations.

And from their Mission Statement:

Whereas, serious problems exist in Black or African communities nationally and worldwide, according to our peoples opinions having been duly considered, these pressing and urgent issues include:

I’m sure they’ll be as peaceful as little bunnies as well. They have a warm and fuzzy message for the authorities:

To the Authorities, don’t worry about who is organizing it. This is organized by the people and for the people. This is organized by a new younger leadership un-approved by our former slave or colonial master. We are grassroots activists, youths, residents, union members, community residents, spiritual people, revolutionaries and freedom fighters who have decided to take a stand together April 23rd. The call of Dr. Malik Zulu Shabazz has resonated with the disillusioned all over the earth.

All forms of enemy imposed and self- imposed oppression be identified, attacked and neutralized at once.

Therefore, on Saturday April 23rd, we are taking vigilantly to the streets, the projects, the police stations, the homeless shelters, courthouses, the State and City Capitols, morgues, jails, and anywhere our people or injustice can be found, in order to shake and rattle them to life.

I’m sorry… These people sound like militant thugs to me, even terrorists. They want to unite black people – it sounds more like they want a race war and class warfare to me. And don’t forget the Marxist call for ‘Solidarity’:

Therefore, we must have a new mass awakening of Black People. The sleeping giant of the planet. We will teach, educate, uplift, confront, expose, recruit, train, operate and demonstrate, organize and mobilize as never before. We shall put aside our petty differences, egos, affiliations and denominations for the greater goals of unity, solidarity, nation and worldwide struggle. We shall unite for a common cause.

I would let DHS know, but I’m afraid they would be on the side of the terrorists. Even the ADL has come out against these “Justice Demonstrations” strongly pointing out their obvious racism and anti-Semitism. From the ADL:

“The New Black Panther Party (NBPP), the largest organized anti-Semitic and racist Black militant group in America, has used troubling language to describe several of the events. The group has stated that opposing Jews and “Zionism” is one of the “pressing issues” they wish to address, among myriad other social and political issues.”

And I know all of the above sounds a little “radical.” 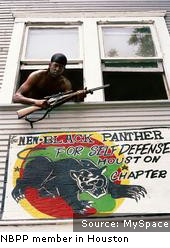 But hey, at least they are not some crazed “redneck” militia.

19 thoughts on “National Day of Incitement and Intimidation”