This evening when I was watching Bruce Williams on NBC….the schools were not open today in New York, so the teachers organized the kids to come to the protest! It showed the kids (elementary) carrying signs. 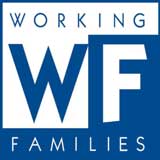 The Working Families Party (WFP) (www.workingfamiliesparty.org) is New York’s most energetic, independent and progressive political party. Formed in 1998 by a grassroots coalition of community organizations, neighborhood activists, and labor unions, we came together to build a society that works for all of us, not just Wall Street CEOs and the well-connected. WFP is independent from corporate and government funding and in-addition we are community based; community funded and equally uninfluenced by both major parties. Our agenda focuses on economic and social justice, corporate accountability, job creation, environmental protection, and investment in education and healthcare. For the past twelve years the WFP has been at the fore front of progressive politics,

Leading the fight and helping to frame the debate. The WFP has a proud record of fighting for issues that matter and has been instrumental in implementing key pieces of legislation such as Raising New York’s Minimum Wage, Enacting Living Wage Laws, Creating Thousands of Jobs In the Green Economy, Passing Healthcare Reforms on the Local Level, Fighting for Affordable Housing, Keeping Tuition Costs Low, A Progressive Tax Code, Reliable/Cost Effective Public Transit System, Public Financing Of Elections and Corporate Accountability . In addition, we have an unapologetic stance on supporting and pushing good candidates to enact progressive legislation

The WFP is seeking immediate hires.

You must be an energetic communicator, with a passion for social and economic justice. 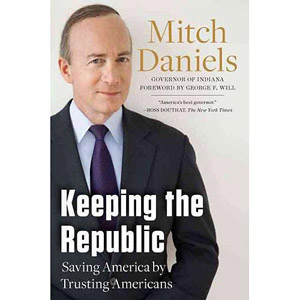 I enjoy reading a well written book from a man of honor and character such as Governor of Indiana Mitch Daniels’ new book Keeping the Republic. He is a constitutional conservative as I am and he knows how to balance a checkbook. Which is more than you can say for most in Washington these days.

Daniels took Indiana’s $700 million deficit and turned it into a billion dollar surplus. He balanced Indiana’s budget even during incredibly difficult economic times. And he converted Indiana’s once unattractive business climate into one of the strongest and most inviting states for private sector growth. He is adamant about cutting taxes (my kind of guy) and he believes in spending less than you bring in.

Mitch Daniels believes as I do that our country’s monumental debt is a threat to security as a country. He is also not a fan of the public school system which seems to only spew out more and more individuals who cannot do for themselves much less for their country.

But, Daniels believes that Americans can save their country by pulling together and working to rebuild our country. Which I believe would work if we could just massively shrink the government, do away with the IRS and let capitalism spur innovation and prosperity again. Hand the power back to the states and the people and handcuff DC.

Daniels is the epitome of Americana and it shows in his book and his lifestyle. He rides a Harley and he graduated from Princeton. Very much like the state of Indiana, Daniels is the real deal and does not hold back.

His book is witty and humorous, but it also delves into what he believes plagues America and how to fix it. He uses logical analysis and cold hard facts to show what shape we are in and just how dire it is. He also explains what he believes will become of us if we don’t face these threats and handle them like adults.

Mitch Daniels does not come across as a politician. He comes across as a deeply concerned patriot and he is just like you and me. Buy his book. Read it. It will become a favorite and find a very special place in your library just as it has in mine. This man could be president one day.

They’re saying that freedom
has done little to stop
Corporations from keeping
the wealth at the top
But at what point in history
would a kid and a king
both have clean water to drink?

George Washington was
the richest man of his age
But he lost all his teeth
at a very young age
Because they didn’t have Scope
and they all crapped in trays
we’re not wealthy?

Banks don’t need bailouts
on that we agree
so let’s start up a group
and let’s take to the streets
because if we do that then
you know what that means
we’re racist.