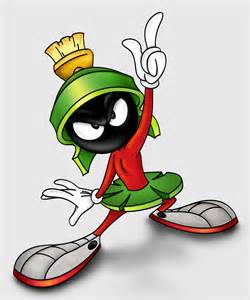 Usually, it’s the coverup, not the crime. But in this case, it’s both.

There’s been a lot of debate swirling amongst the pundits lately. Is the Watergate cover-up worse than the Benghazi cover-up or vice versa? Is the only scandal that matters the Justice Department’s decision to tap Associated Press phones, because that’s the only one that the media will care about? What did Obama know and when did he know it?

Ignore all that. The absolute worst scandal that’s emerged lately, and the worst administration scandal in American history is the IRS scandal. Why? Because you, the People, became the targets of a comprehensive federal government effort to stifle dissent, one made using the government’s overwhelming and disproportionate policing and taxing powers.

The IRS scandal, by contrast, is a direct attack on the American people. Right now, Progressives throughout America are pretending that this scandal doesn’t matter: “Obama wasn’t involved.” “Tea Partiers had it coming because they’re all corrupt.” “Obama would have won the election anyway.” “It was just a coincidence that the only groups that had their applications scrutinized, sometimes for years, were politically conservative. It means nothing that, when one group changed its name to sound Progressive, its application was approved in only three weeks.” “This is just a bureaucratic snafu.” “It’s a few rogue agents in Ohio.”

Those who offer these excuses are either morally flawed themselves or delusional idiots. Pastor Martin Niemoller, who once supported the Nazi party, finally and famously figured things out after World War II:

Once a government gets the bit between its teeth and starts targeting special interest groups, that is the end of freedom, not just for those first groups targeted, but for everyone.

Okay, that was the throat-clearing. Now it’s time to add the latest chapter in the long list of examples showing that the IRS engaged in a politically motivated witch-hunt against people who don’t toe the Progressive/Democrat party line:

The Thomas More Society (a Catholic organization) says that an IRS office in California ordered a group called “Christian Voices for Life of Fort Bend County, Texas” to detail the meaning and content of the prayers they offered. That was not an isolated event. IRS agents demanded the same information from “Coalition of Life of Iowa,” which was required to explain what went on at the group’s prayer meetings.

When Rep. Aaron Schock (R., Ill.) asked outgoing IRS commissioner Steven Miller whether these were appropriate questions, Miller didn’t even have the courage to say “no.” Instead, he said meaninglessly that “It pains me to say I can’t speak to that one either.”

In our non-Council category, the winner was the one and only Mark Steyn with The Autocrat Accountants, submitted by The Watcher. It’s pure Steyn, as he looks at the IRS scandal and its deeper implications with his usual brilliance. Do read it.